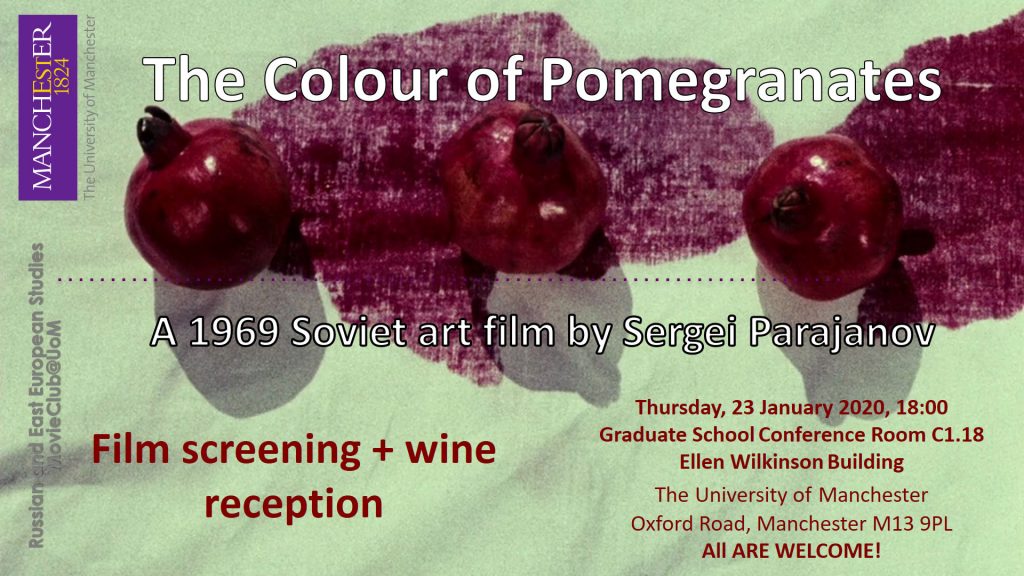 On the 23 January we will be watching The Colour of Pomegranates (Tsvet granata), a 1969 Soviet art film directed by Sergei Parajanov, with English subtitles. The screening will be followed by a wine reception and discussion club.

Plot: “A super-stylized, surreal biography of Armenian troubadour Sayat-Nova, whose life is depicted through non-narrative amalgamations of poetic images.” (https://www.imdb.com) Sayat-Nova (14 June 1712 – 22 September 1795) was an Armenian poet and musician, who wrote poetry in Armenian, Azerbaijani, and Georgian.