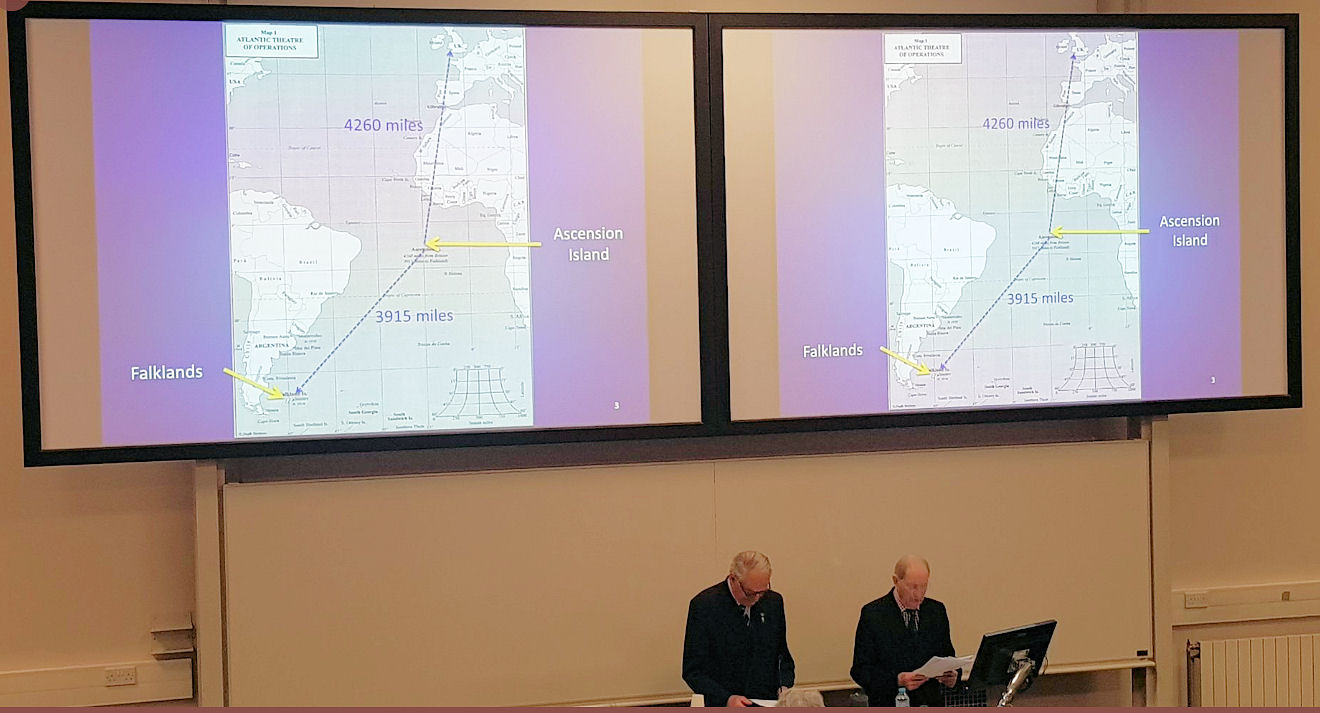 On Thursday 25 and Friday 26 April 2019, the School held this part-artsmethods funded conference.

The conference attracted a range of delegates and presenters from across the field. These included postgraduates, early career and senior academics, veterans from both sides of the 1982 War, politicians, representatives from the Falkland Islands Government, journalists, archivists and librarians.

One of the conference co-organisers, Louise Clare, and one of the speakers, José Gustavo Góngora -Goloubintseff, tell us more about the event.

Read more about the event

The opportunity to organise a conference was generously provided by an Artsmethods Researcher Competition, aimed at funding such events. In order to fund the conference for two days, and as part of the Artsmethods’ competition, my co-organiser and I had to obtain further funding which was provided by the British Commission for History, (BCMH) who not only provided funding for the conference to go ahead for a second day, but funding for postgraduates to attend the conference dinner, enabling them to network with other delegates and widen their research. The support which the BCMH provided for postgraduates supplemented the funding which we had obtained from the Royal Historical Society to help postgraduate students attend and present at the conference. Through my and my co-organiser’s searches for and obtainment of funding, we developed our abilities to write successful grant and funding bids and we would like to thank not only Artsmethods for providing us both with this opportunity and monies for the conference, but also Andy Grainger at the BCMH for helping to secure the Commission’s funding and the Royal Historical Society’s support.

The Falklands/Malvinas conference was unique for an academic event because the conference panels consisted of a mixture of veterans, academics, government representatives, journalists and war photographers from across the field. The particular level of discussion this provided during the question and answer sessions, meant that the events of history which presenters and delegates were sharing their knowledge on and research about, were being listened to and commented on by the very participants and key actors of these events.

Equally distinctive, delegates were treated to detailed first-hand accounts and opinions from senior British military personnel who fought in the War, two of whom were the conference’s dual keynote speakers, Commodore Michael Clapp and Major General Julian Thompson, alongside those of journalists and never before seen photography from the conflict. Interaction between the conference’s second keynote, the eminent historian and author of the official history of the conflict, Professor Sir Lawrence Freedman, and postgraduates and early career researchers, intertwined with the views’ of senior academics and veterans, provided an exclusive perspective on the conflict. As a result of the conference, we are setting up a ‘Falklands/Malvinas Network’, to continue discussions from the conference, and to facilitate the possibility for other Falklands/Malvinas events, and possible publication plans as the fortieth anniversary of the conflict draws near.

As a Ph.D student and ECR, both my co-organiser and I have regularly attended and presented at various academic organisations’ annual as well as postgraduate conferences, but despite always wanting to organise a conference, we had never done so. Planning such an event would be a very daunting task for many- a fact which several colleagues continued to remind us,- but having the opportunity meant that we were both able to enhance considerably our career skillsets. However, a special thanks must go to Dr. Tine Breban and Nicola Sheehan for their help and support throughout the planning and organisation process, without which the conference would not have been possible. We would definitely plan the event again!

On 25 and 26 April 2019, the School of Arts, Languages and Cultures (SALC) hosted the 2019 edition of the Falklands/Malvinas War Conference: War, Media and Society. The event was co-organised by Dr Alexander Clarke (King’s College) and PhD candidate Louise Clare (University of Manchester). It was unique in both structure and outreach: more than 50 attendees – including a pool of 27 speakers – from all corners of the UK, Europe and the Americas, from senior scholars and war veterans to well-known journalists and early-stage researchers like me. The conference also featured three keynote speakers, Professor Sir Lawrence Freedman, Major General Julian Thompson, and Commodore Michael Clapp.  The organisers received a generous amount of funding from prestigious patrons, including the Royal Historical Society, the British Commission for Military History, and our very own university through the Arts Methods programme.

While my account of the events does not do justice to the successful outcome and the relentless work of the organisers, I think it is only fair to give them credit for their efforts. This conference was also special for me as an early-stage researcher in Translation Studies, because it enabled me to share my project with a broad audience. As a first timer, I had butterflies in my stomach, mostly because I was aware that the topic I was dealing with could be sensitive, if not controversial. Nonetheless, my 20-minute presentation, entitled “Redefining Neutrality: The Falklands/Malvinas War taken to the Wikipedia Realm”, was well received by the attendees, and fellow researchers approached me during the coffee break. My investigation, which bears almost no relation to my PhD project at SALC, focused on one of Wikipedia’s core policies, the “Neutral Point of View” (NPOV). In this sense, my presentation was aimed at sharing how this principle is not followed by all Wikipedia editors, especially in controversial entries like the Falklands War. By comparing the Spanish and English Wikipedia versions of the Falklands War article, I concluded that the information contained in both entries shows systematic bias in some sections. My findings encouraged me to start planning on writing a journal article this summer.