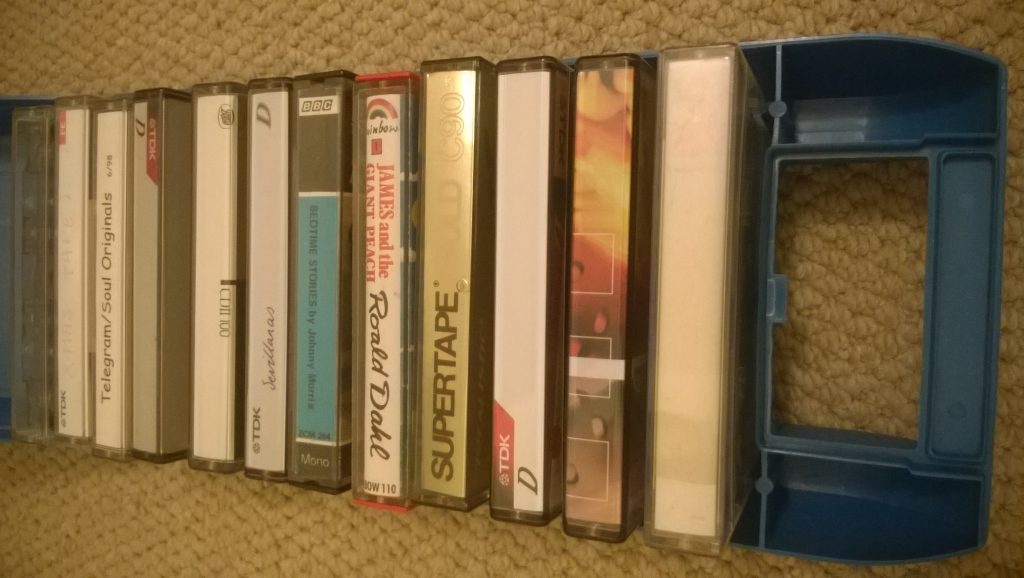 When I moved to CDs I re-bought a lot of the albums I already had on cassette. So these remnants are things that were special in some way but that I haven’t (or couldn’t) buy on CD. Some are ones that we used to play in the car when I was a little kid – I can remember a lot of James and the Giant Peach even though I’ve not heard it for decades, so we must have listened to it over and over again. I’ve got the inevitable mixtapes that I’ve made. Lots of Pause/Record/Play/Pause on my twin cassette deck. And I have lots of Spanish/Latin American music on cassette, from back before the internet when it was much harder to get hold of.

Unsuitable Hair sprays: nowhere to get rid of them
Cellar shelf of rarely used and never to be touched bottles
Children's drawings: stashed away under cabinet