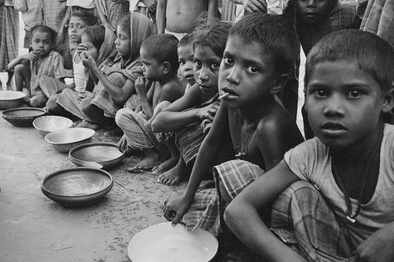 Are capitalism and inequality linked?

Capitalism is the political and economic system in which a country’s trade, investment, industry, and production are controlled by private individuals and for-profit corporations rather than by the state. The emergence and growth of capitalism in the 19th and 20th centuries has led it to become the globally dominant economic system. Capitalism has outperformed all competing systems such as socialism and communism (Muller. 2013).

The global shift towards capitalism due to its potential for higher profits, equality of opportunity, economic freedom, and the reduced role of the state has led to the major problem of rising economic inequality because some individuals and groups are abler than others to exploit and take advantage of what capitalism allows them to.

A society is capitalist when most of the distribution of products occurs through markets in which people and for-profit organisations trade goods, contracts and services to generate profit. The markets allow the circulation of capital into new investment, as invested capital is mixed with labour power to produce goods and services that are sold to generate a profit which provides more capital for further enterprise. Investors can continue to do this and create a cycle of increasing amounts of profit. This shows how the ownership of capital in a capitalist society will produce inequality to an extent as it creates further accumulation through investment. Cycles can continue as the annual rate of return on capital invested is often 3-5 percent, whereas the annual income or output growth rate has a long-term average of 1.5 percent. This makes it difficult to generate capital to invest in a capitalist society (Piketty 2014). However, many economists believed until recently this wouldn’t have as big of an effect on inequality as we have seen. They thought that the early winners in the capitalist society and the richest’s investments would decrease over time because a number of people lower down the social ladder would get a chance to invest capital as they haven been able to produce capital over time.

Today, eight people own as much wealth as 50 percent of the global population of 7.4 billion, and in the USA, the richest 1 percent own 34 percent of the wealth and the richest 10 percent own 74 percent of the wealth (Hodgson. 2016). These figures highlight the economic inequality in the world today, however, this isn’t just a problem for the poorest in society, because if these figures continue to grow and the inequality isn’t addressed then the rising inequality and economic insecurity can erode social order and create a backlash against the capitalist system. The inequality in capitalist societies is often not down to differences in talent and skill, but it is driven by resource inequality and inequalities of inheritance leading to differences in education, economic capabilities, and the number of opportunities available. An increasingly unequal society may lead to higher levels of other social problems within a country or region such as obesity, teenage births, homicides, and imprisonment rates. These problems are also more experienced by the poorest people in an unequal society and are independent of poverty. These problems are very difficult for a capitalist society to alleviate as continuous investment from the top into the police and health service, for example, may be relatively ineffective as these problems are being endlessly recreated in each generation in the most deprived areas of society. Reducing inequality in societies is thus the best way to improve the quality of the social environment, the real quality of life for everyone, and national standards of performance as inequality is the underlying problem in societies that creates a steeper social gradient in areas such as health and educational performance. (Wilkinson, Pickett. 2010)

The inequality created by capitalism, however, is not the same all over the world. Increasing income, inequality, and demand for more valuable goods have created a symbolic nature of inequality in the most developed capitalist societies, where a good or service’s status or identity may be more important than the goods use or function, leading people to continuously consume to try to gain a higher status. Inequality is of a different nature in the least developed societies. Although they are still affected by the capitalist system, the bare necessities are more important for people living in poverty who have no or only very limited access to electricity or clean water. Furthermore, the the poorest in those societies are often being exploited by the richest corporations of MEDCs. (Wilkinson, Pickett. 2010)

The nature of capitalism has led to societies biggest problem of huge gaps of widening inequality that has led to further worsening problems that are becoming continuously more difficult to solve.

Fast Fashion: How Status Anxiety Fuels Exploitation
Holiday Hunger: The starving children of Britain
A Globe Obsessed with Profit Over People. Are We Too Far Gone?