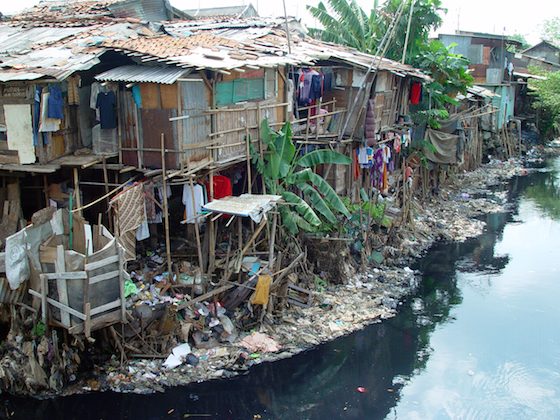 Global inequality: Why we all must act

Global inequality is one of the most pervasive issues in the 21st century, though it is often oversimplified and overlooked. This blog will analyse some of the causes and effects of this massive inequality, between both individuals and countries, and, after examining some potential solutions, will argue that mass public action is needed in order to ameliorate this global crisis. In the words of Angela Davis, “[…]you have to act as if it were radically possible to change the world. And you have to do it all the time.”1

We regularly define inequality between countries as ‘First World vs. Third World’, or ‘Developed vs. Developing’. The huge differences in economic and industrial wealth between countries is a result of a number of factors: technology, government policy, level of industrialization and others. Yet one thing, which is seldom mentioned is the role of globalization, and in particular, of multinational corporations. These ‘developing countries’, such as Pakistan, Indonesia, Ecuador, are regularly loaned huge amounts of money by The World Bank to invest in infrastructure, power plants and industrial parks, to stimulate economic growth. Nonetheless, the companies these countries consistently invest in are US multinationals, where the profits accumulated are kept by a tiny minority of shareholders. The workers they employ in these developing countries are exploited and paid near to nothing for their labour. Through this Catch 22-like process, the country, now saddled with debt (as the US companies they invest in take the vast majority of the profits), is forced into privatizing its public industry and selling its natural resources to other (mostly US) corporations and countries to pay back the loan. This is Neocolonialism in the modern age: a system of predatory capitalism where low-paid workers in developing countries are exploited, and governments are forced into privatization.

To use an example, let us examine the 1992 Sumatera and Kalimantan Power Project2 in Indonesia, one of such operations by The World Bank, in which they loaned Indonesia 688.9 million US Dollars. The aim of this project, one of many in Indonesia, was to “[…]implement [the] decentralization of State Electricity (PLN) in Java-Bali” and “[…] establish [US] private sector participation”3. Through this privatization of the electricity industry, and this diminishing of public industry, the US corporation involved obtained a monopoly, bankrupting any local businesses who attempted to compete in the electricity market, and forcing the indigenous labourers to work for them. Not only does this process have terrible economic and social consequences for the citizens of these developing countries, it also exacerbates the inequality between developed and developing countries, .

While this problem may seem too big for any of us to have an impact on, mass public protest and civil disobedience could pressure our governments to implement real, legislative change on a global scale: creating a living wage in developing countries, introducing a global wealth tax, regulating markets in developing countries in which US multinationals operate. Nonetheless, initialising this global protest against inequality is much easier said than done, as it will be subsequently explored.
Inequality between individuals, contrastingly, is seemingly in modern society a socially accepted fact of life. Footballers are glorified earning hundreds of thousands of pounds a week and, undisputedly, financial success is encouraged at any cost. That individuals can earn billions of dollars a year while 80% of the world lives on less than $10 a day4, while 22,000 children a year die from poverty5, is morally unacceptable. It’s inhumane.  Modern western society, through the media, celebrity-cults and popular culture, promotes narcissism and self-indulgence to a point where empathy seems alien. A recent study on the effect of multimedia on 9-11 year olds in the US highlighted this shift6:

“In 1997, the dominant values (as judged by an adult audience) expressed by the shows most popular among nine to 11 year-olds were community feeling, followed by benevolence. Fame came 15th out of the 16 values tested. By 2007, fame came first, followed by achievement, image, popularity and financial success. Community feeling had fallen to 11th, benevolence to 12th.”7

Therefore, before we can implement any of the aforementioned legislative change (global tax reforms, market regulations etc.), we must first initiate a revolution of societal ideals, promoting empathy, benevolence and community feeling. The dehumanizing of the homeless, of those on state benefits, of refugees fleeing wars we have funded must end. Instead, we as a society must turn our attention to the vilification of the elite, the bankers, multinational CEOs and politicians; those who support this neocolonialism and in turn exacerbate global inequality, politically and economically. We as a global society must acknowledge that this level of inequality is morally
unacceptable, and rediscover these values of benevolence and empathy.

Inheritance tax exemptions perpetuate inequality: here’s why they must end.
Do Inequalities Increase under the Impact of the Epidemic?
Why is the issue of economic inequality being mitigated? The answer might be richer than you think.