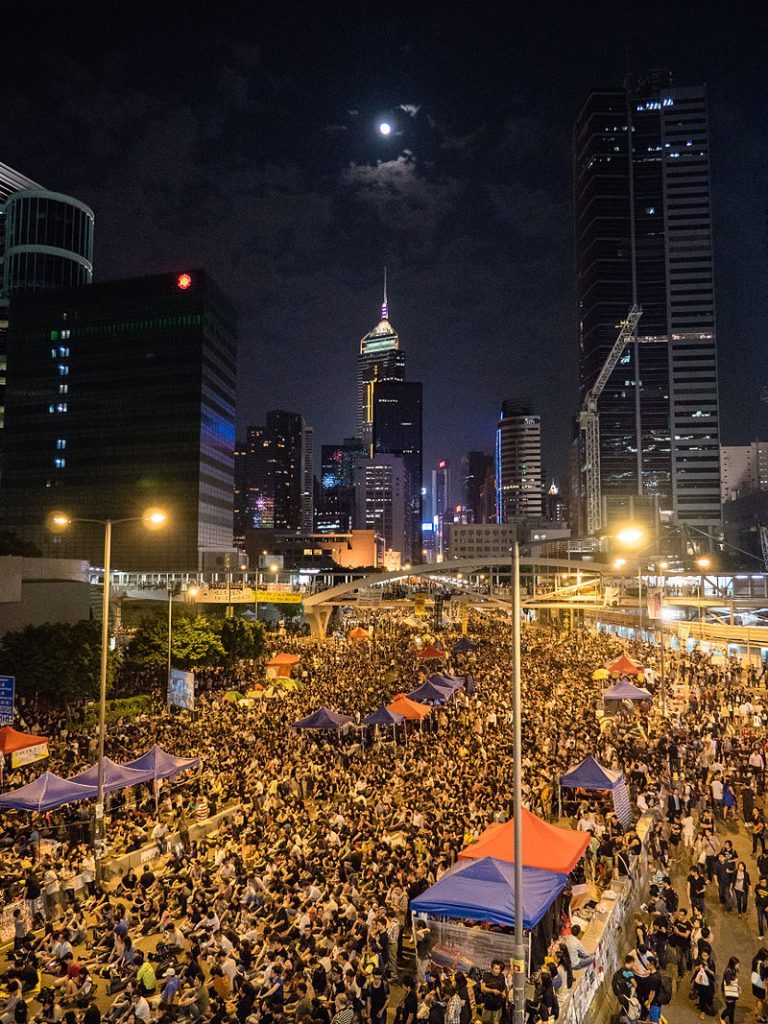 Should capitalism be always the one to blame for social movements?

by Pak To Wong

Power and authority were exercised since the early civilisations, societies and human nature continue to evolve and develop. Yet, society today still undergoes the struggle between powerful governments, institutions, and citizens of the society. Contemporary sociologists believe that a healthy society should always maintain its social structure, which is to ensure each social institution is functioning at a healthy status, thus forming a framework for the society. As early functionalists suggested a biological metaphor (Baert & Silva, 2010) to describe a society working like a human body, a healthy human body requires interdependence of organs and body parts, working similarly to social institutions. Although the thoughts of functionalism seem to be peaceful and seeking equality, this is not necessarily the fact until the rise of Marxism inspired by the work of Karl Marx. This essay will explain whether capitalism is always a source for social movements and what the reason is behind the sudden rise of such awareness in recent decades.

In the world of political sociology, social movements and large-scale occupations could be caused by a large variety of reasons. Karl Marx would strongly disagree with the views of a functionalist but picture the society full of conflicts instead. Conflicts arose between bourgeoisie and proletariat (British Library Board, n.d.). As societal development reaches a mature stage, the class consciousness of proletarians would start to emerge and they would revolt. At this point, a Marxist would suggest the need for a communist revolution and encourage a new system to be established. This eventually leads to social movements and existence of protesters.

Considering the understanding of a conflict theorist such as Karl Marx, his ideology may only explain the causes of social movements from a general and foundational perspective. A wide range of other detailed reasoning could explain the origins of conflicts between the citizen movement and governmental or institutional authority. Making use of the ‘Occupy Wall Street’ social movement (Castells, 2012) which took place in New York City 2011 as an example, the main reason behind the movement was anger about economic inequality and corruption, which were among the reasons that caused the financial crisis. What triggers such a movement is clearly a result of the actions of capitalists. From a market-based explanation, protesting against economic inequality represents the current suffering from poverty the working class is facing, and they believe certain government actions must be taken in order to strengthen the policies. However, the actions of the citizens are not always necessarily considered as the ‘right thing to do’, sometimes it is reasonable to believe the authorities are making the correct decisions.

Taking the ‘Occupy Central’ social movement (BBC NEWS, 2014) in Hong Kong China 2013 as another example, the main purpose behind it was the fight against the Chinese government’s (People’s Republic of China) authority in choosing the next chief executive of Hong Kong, instead of citizens electing a candidate based on principles of democracy and fairness. However, since the 1997 handover of Hong Kong from the British government to the People’s Republic of China, it has been difficult for the Chinese government to work cooperatively with Hong Kong especially from an economic perspective. Therefore, not all citizens agreed on such social movement because they understood the difficulty which the Chinese government is facing, a chosen chief executive from the central government could be an easier way for the future development. Both examples certified that both the Democratic Party and the Governmental (or institutional) Party could share different authority depending on the occasion.

In Manuel Castells’ book ‘Networks of Outrage and Hope’, he stated that a large-scale occupation such the ‘Occupy Wall Street’ movement is caused by what Karl Marx called the “class struggle”. Nevertheless, Castells also agreed on the functionalist perspective stating that if a “representation does not function properly such as the financial institution and corporate media” (Castells, 2012) the system would eventually collapse.

As information and communication technologies (ICT) develop quickly along with society, there is no reason to believe globalization is not also expanding rapidly. In most forms of social movements and protests today, social media and technologies have carried a huge role in helping to encourage but also discourage these events. In Jeffrey S. Juris’s article of ‘The new digital media and activist networking within anti-corporate globalization movement’, he described the use of digital networks as “[…]fast in speed, cheap, and easily transmitted across the globe”. There are certain benefits including the allowance of people from different geographic locations to share their thoughts and easily create groups sharing the same consensus, and the actions of protesters could be spread across the world within seconds. Other than the positive impacts on social activists, there are also a number of side effects and one of the most severe ones could be terrorism. Ever since the French Revolution happened in the late 17th century (Philp, 2011), some terrorists start to claim themselves as ‘freedom fighters’ but taking the actions of a terrorist. Advanced communication technologies could also be used as a tool for those ‘freedom fighters’ to cause violent behavior, and not necessarily resulting in a peaceful social movement.

Social movements are predominantely found in societies with rational-legal authority or traditional authority (Bancroft & Rogers, 2010). Authority based on dictatorship will be very unlikely to see protests as they have strict measures in countering social unrest. Capitalism could always be the initial reason behind the social behaviors of protesters as a result of repression. However, the authorities may not always be the ones to blame for certain outcomes and will always be judged from subjective views of individuals.