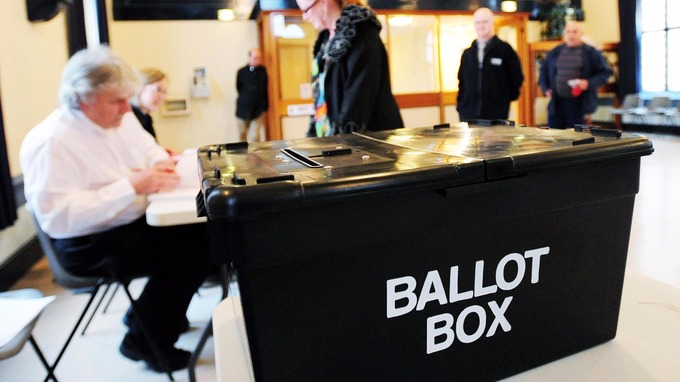 Snap, there goes the election

Yet another election has been called, and for the second time in under a year, the main theme of the vote will be Brexit. With the negotiations begun and “red, white and blue Brexit” set to be strengthened under the Conservatives, what will happen to the main target of the Leave campaign? This is a snap election not only for its surprising timing but also the theme of immigration. Either it will continue in its current guise, strengthened by hard Brexit supporting Conservatives, or it will be challenged before it gets out of hand. The net target for immigration had been set at 100,00 since 2010 under David Cameron, and now Theresa May is continuing the pledge for 2017 despite net migration being over 100% as latest figures show. What is clear from this is that the debates and pledges from the Conservatives surrounding the new election will not change the environment being created about migrants.

They are still being constructed as numbers, a target to reach and a goal to be tested on. They are still “they” or “migrants”. The word migrant has become synonymous with political discourses in the media, the most glaring of these being through the campaigning for Brexit when the Leave ‘battle bus’ toured with the words ‘Breaking Point’ painted onto it. Furthermore, Theresa May herself has been embroiled in this, after a speech as Foreign Secretary in 2015 she blamed migrants for everything from making society less cohesive, putting pressure on public services, pushing down wages, unemployment, the housing crisis to the majority of them being “foreign criminals”. Usually, what a political candidate says is taken with a pinch of salt, but given the environment created by the Brexit vote in 2016, speeches on immigration are being accepted and normalised. Edelman argues that this is due to “[…]mass public responding to political symbols and not facts[…]” (Edelman cited in Mulvey 2010:554).

Britain is not alone as a country that is facing the question of immigration, and together with recent elections in the USA, Netherlands and Serbia and upcoming elections in France and Germany has the major theme of immigration running through them. The dilemma with these has been the rise of fake news alongside it. From the construction of migrants as threats (See Theresa May’s speech) to the criminalisation of migrants such as those in Germany, which falsely accused migrants of rape, and Trump’s agenda against Mexicans, the discussion of immigration is not simply a debate, but a direct attack upon a falsely labelled group of people. The rise of nationalism in these debates and elections is ensuring that immigration will remain a key topic. Focusing on the UK once more, we can see this occurring with the upcoming 2017 election. Last year’s Brexit vote has ensured that at least until negotiations are over it will remain as a key theme within the public psyche.

What is required is for the labelling of migrants to be detached from the debate about immigration, thereby focusing the debate upon controlling borders for actual border security. Currently, we are being told we are in the midst of a migrant crisis, threatening the sovereignty of the UK and leading to tighter border security, a threat to national security requiring the military to deal with the ‘threat’ and a crisis to work and welfare, as “In the minds of many, refugees [equate] … at worst to cheats, criminals or terrorists.” (UN Gen Sec Annan 2001, cited in Gale 2004). The discussion needs to be turned from a crisis to our nation to a crisis for the migrants themselves. The problem with this in the UK at least is the upcoming election threatens to set the current discussions in stone. Theresa May wants the electorate to “strengthen her hand” in Brexit negotiations, but they will also strengthen the hand of anyone who believes that migrants are the biggest threat to the UK. To combat this, the associations between migrant and threat need to cease, and facts need to be reported. The real migrant crisis is humanitarian, not only have they been forcibly removed from their homeland, but they are also facing a relentless stream of abuse from media and politics in the country that they are fleeing to. What isn’t being mass reported however is the truth. While the agenda continually seeks to portray Europe as the prime destination, Lebanon, Jordan, Nauru, Chad, Djibouti, South Sudan, Turkey (not yet an EU member), and Mauritania all score higher on the table of countries with the most refugees per capita than the first European country, Sweden. Papers were quick to portray Sweden as under attack from migrants, and their immigration policy as being in disarray. Yet publishing on their own website, the Government of Sweden spelt out the truth: A yet unconnected attack on the 7th of April 2017, gun violence has decreased in the last 20 years, and the rise in rape cases has been attributed to a broadening of the definitions.

This has been an attempt to highlight the nature of what immigration is being portrayed as by the media and politics over the last two or so years. The outcome of the upcoming election is yet to be decided, but the themes of it have already been laid out, and immigration is going to be a deciding factor. For those voting, it is important to consider the outcome that this vote will have upon the agenda of immigration and migrants. For this group, will the future in the UK be once characterised by fear and hate, or will there finally be an understanding for a group that has faced nothing more than unwarranted hatred wherever they go?

The Faily Express: Media discourse on migrants
Is the genie out of the bottle?
Free movement: Has policy making and the media lead to racialization in the UK?