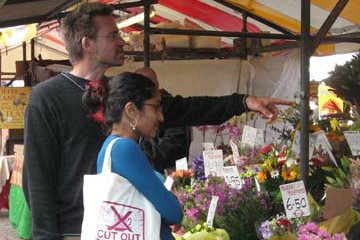 The corporation and social movements

The concept of the corporation may be puzzling to some. As these giant organisations are owned by multiple holders but are understood as an individual body. But although corporations are seemingly separate from the public realm, it is important to consider the role of the most influential institutions of the modern age, because corporations make up 37% of the largest economies in the world.

Corporations have come a long way since the eighteenth century. In Britain, the government banned corporations in 1720, through the understanding that they were the domain of corruption. Yet, by 2017 the corporation is more powerful than ever. Walmart, for example, makes more per year than most nation-states (2016-$482 billion revenue). As a result, are corporations now free to do as they please within the global market? Have the customs which existed in previous centuries prevailed? Or are there ways of holding corporations accountable for their actions?

Is the corporation socially responsible?

Positively, corporations have been the site of positive change within society over the last 150 years. They were one of the first places where gay rig­hts activists achieved success, and today transgender rights are finding support in some of the world’s leading corporations, such as Apple.

Similarly, some corporations are increasing their policies towards limiting their negative footprint on the earth and its resources, due to increased public concern over environmental issues. Namely, Richard Branson contributed £12.8 million to reducing carbon dioxide emissions, and in the process won over public opinion by presenting his corporation to be reasonable and sustainable (Prudham, 2009).
These examples present the great social responsibility of the corporation. Their duty to those employed by them, to the environment, and to the wider public. However, corporations do not do this instinctively. There are laws and restrictions in place to monitor corporations, as well as certification associations. But are these methods effective? Arguably not, as Bartley (2007) refers to certification as “soft law” (p.302). Similarly, Southern Water, Tradebe Solvent Recycling, and Imerys Minerals are just a few of the corporations fined in the past year for failing to comply with environmental laws.

The challenge to corporate power

It’s social movements that are the force generating change and innovation within markets. Social movements uncover the malpractices of corporate behaviour and bring it to the public’s attention. Through ‘naming and shaming’ (Bartley and Child, 2014, p.654), protests, boycotts, and other methods, social movements force corporations to change their damaging behaviours. As these practices place strains upon a corporation’s image, consumers may stop purchasing the brand, for example.

Let’s look at Nestle. Whilst many of us will have a bowl of Cheerio’s for breakfast in the morning, do we know anything about how the Nestlé product is produced? Not much, as the products we buy, and the advertisements that sell them, give no indication of the scandals that occur out of the media.

However, in the 1990s IFBAN (The International Baby Food Action Network) produced the Nestlé corporation as a target. They did this by linking Nestlé’s operations to the fact that babies, in impoverished countries, were dying at an increased rate, and found it was due to their formula (Bartley and Child, 2014). The pressure that IBFAN and other groups, notably students, put on Nestlé was important. Although denying claims of unethical practice, Nestlé had to act to oppose the damaging, negative label that was now attached to the brand. As three quarters of people asked believe that ethical behaviour by a corporation is beneficial to business, it is clear that appearances are everything.

Similarly, the International Nestlé Boycott Committee was set up to oversee the boycott of the corporation. Considering IBFAN’s findings, Nestlé claimed that they weren’t breaking any laws and therefore couldn’t be sanctioned by governments, through courts. This regulatory body however aims to prevent damaging practices by Nestlé, such as child labour and environmental damage. It does this through campaigning for a rejection of Nestlé products until Nestlé accepts the responsibility to protect its consumers.

How big of an impact can social movements have on the behaviours of such powerful corporations? The Nestlé scandal over baby milk formula happened in the 1990s. Yet, in 2009 Nestlé were still facing damaging allegations. On this occasion, it was regarding an incident in which one of their products was linked to the death of a woman. Although there has been a rise in transnational private regulation due to globalisation, in the last few decades (Bartley, 2007), corporations like Nestlé do not seem to be adopting ethical practices fully. This is just one example where corporations seem to just get away with it, due to the legality of their actions or lack of evidence. Is it possible then, that the practices of corporations are not only out of the reach of national authorities, but social movements too?

Perhaps this isn’t a fair conclusion. As Shell made progressive changes because of their ‘naming and shaming’ (Bartley and Child, 2014, p.653-654) by Greenpeace in the mid-1990s. The success of social movements to reach the desired goal-changes without negative impacts on society and the environment from corporations, depends greatly on media coverage. Prudham (2009) presents how the media can present a corporation’s positive, socially responsible acts, as well as uncover their corruptive ones.

Essentially, as a social institution, the public drive the corporation. Arguably it is consumers who have the power, not the corporation. This has led to a rise in ‘Celebrity entrepreneurialism’ (Prudham, 2009, p.1595) within corporations, attempting to give the corporation a caring face. In the case of Virgin, most people can recognise its owner, Richard Branson. Both by name, and by his bright blonde beard. Alongside this, Virgin’s attempts to rectifying environmental issues that they helped to produce (this is Green capitalism, (Prudham, 2009)), have led to increased public support. Although there are limits to this idea, as corporations continue to produce, climate issues cannot be resolved.

Overall there is evidence that the power held by some corporations leads to them behaving selfishly and causing harm to people and the environment to make profit. I argue that more needs to be done to ensure that corporations are operating lawfully, but more importantly ethically and through sustainable behaviours.

Corporations: good or bad?
It is not an inconvenient truth
We are not enough; how to make the powerful act on climate change?