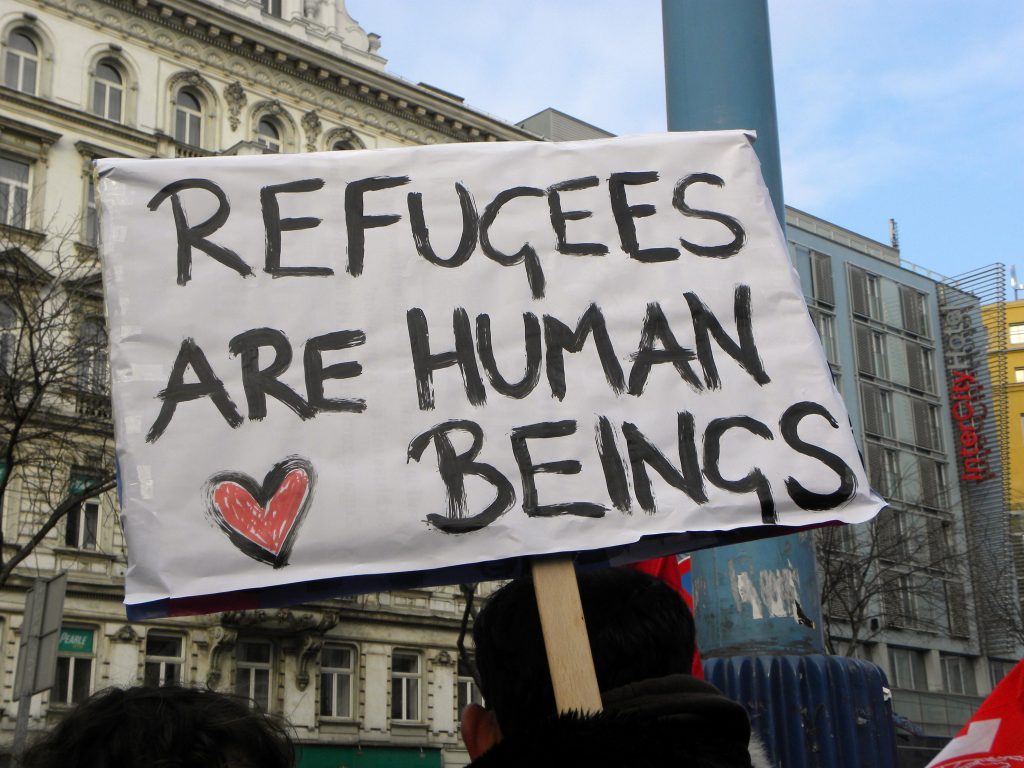 A recent scandal outlined in the Guardian reported that former Commonwealth citizens are being threatened with deportation under a new hardline approach to British immigration policy. In this article, immigrants who have lived in the UK since the 1960s describe how they came to discover they were never naturalised and therefore would be treated as illegal immigrants by the home office. In one particular instance, a Paulette Wilson was sent to the infamous Yarl’s Wood immigration removal centre. These stories only shed light on the latest chapter in a broader trend dating as far back as the influx of commonwealth migrants, originally encouraged to come to Britain as cheap labour. It seems to me that the Brexit and post-Brexit spike in anti-immigrant feeling is nothing new, despite the target somewhat shifting towards Middle Eastern refugees and Eastern European economic migrants, but is instead a natural progression of a culture of scapegoating, alienation and racism that has indiscriminately affected migrants of all colours and creeds thanks to government policy and media manipulation. I have done some research into the underlying policies and media tactics through which immigrants have been marginalised in order to understand how such draconian and outdated attitudes towards migrants have been able to flourish. 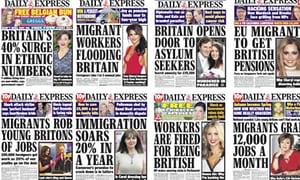 An article published by Jon E Fox et al discusses the racialization of the New European Migration to the UK and helpfully sets out what it is like to be racialised and explores the inherent biases in both the media and immigration policy. It sheds light on the ways in which the process of racial othering has been consistently applied to immigrants regardless of origin – spotlighting the sort of subtle, insidious racism that seems to be positively archetypal in Britain. One of the most interesting observations made in the article is that the ‘whiteness’ of white immigrants, even if they experienced preferential treatment in the process of migrating, did not protect them from social and cultural discrimination of the same nature as that afforded to black and brown migrants once they settled in British society. And, as pointed out in the article, if the racism of the British government is covert and subtle, that of the tabloid media is much more explicit in its exclusion. Indeed, in a meticulous report Liz Gerald cited the Daily Express: “Since Cameron became Prime Minister in 2010, the paper has splashed on migration issues on 179 occasions” (2016). The saturation of negative headlines effectively extends the discrimination coded in our government policy into the mass media, with tactics of scapegoating being prevalent. Though these headlines make no explicit reference to race, they are quintessentially racist, building on centuries old methods of othering, and they are ultimately just as damaging.

In a 2010 article for The Journal of Refugee Studies, Gareth Mulvey makes reference to New Labour’s entrenched attempts at reducing the influx of asylum seekers, a political pattern that can also be seen in Theresa Mays polices as home secretary and prime minister, with seven immigration bills in the last 8 years, including The Immigration Act 2016 (more information). Mulvey’s article makes extensive references to immigration reforms that have attempted to reduce net migration and highlights the political impact of such policies by undermining legitimate attempts to seek refuge: “Thus Government framing of asylum as a numerical crisis and threat, aided by the media, not only contributed to that crisis but also implied the solution, a reduction in numbers.” (Mulvey, 2010).

Ultimately, although these studies and articles cite contemporary policies and attitudes, it is clear to see the historical significance of such backlash against legitimate and legal forms of immigration as well as more muddied territories of so-called illegal immigration and asylum. I would implore you to question the headlines and political rhetoric that are so pervasive in the current political climate and before allowing yourself to fall into the trap of the ‘us and them’ dichotomy of native citizens and alien foreigners. This level of animosity towards people who make great contributions to our economy, and those who are treated as even less valuable as they come to the UK in search of refuge from political unrest to which we as a nation have often times contributed to (such as our role in Middle Eastern conflicts,) is abhorrent and must be challenged. Those at the top of the food chain, the political elite and the media bosses have been using age old rhetoric to perpetuate divisions within society that allow them to cling to power, and attitudes we thought were rooted in an era of segregation and overt racism have not been obliterated in the way we have been led to believe. Furthermore, I would like to end on the point that this phenomenon is not isolated to Britain but to the global north at large, with the effect on US society insightfully discussed in this academic review academic review.

Migration and the war on race
The crisis beyond the west: Rohingya’s exodus
The Impact of the Past: How British Colonialism Affects the Modern World