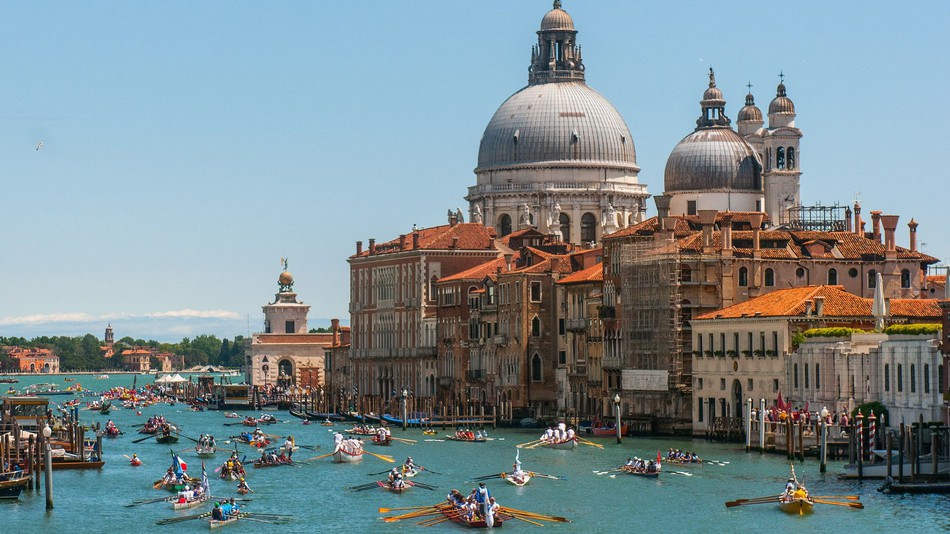 In a modern capitalist society which tends to favour neoliberalism and economy built around mobility, we have become severely dependent upon fossil fuels to satisfy our need for fast travel. The emission of greenhouse gases into the atmosphere by the burning of fossil fuels is the primary cause of climate change, and from an economic point of view, no industry is more dependent upon climate than tourism.

John Urry defines modern capitalism as being highly dependent on mobility, our social status being defined by escaping to specific sites and beyond certain ‘territories’, this being “the main stratifying factor of our late-modern or post-modern time” (2000, p.90). He talks about the ‘experience economy’ that is detached from propinquitous family and neighbourhood and hence slow modes of travel. Such bodies, he says, “are on the move, able to buy and indulge new experiences located in new places and with new people” extending to places such as good beaches, resorts, clubs, mountains, historic remains and so on. (2000, pp. 90-91).

The effects on the climate of such lifestyles have become more and more evident and should be taken into consideration when discussing the effect of climate change on society and tourism. A survey by the World Economic Forum, consisting of over 30.000 people from 186 countries, found climate change to be the millennial generation’s biggest concern for the third year in a row, with a percentage of 48.8%. Over 90% of young people agree that humans are responsible for climate change and about 78% of them are willing to make lifestyle changes in order to achieve a more sustainable environment. 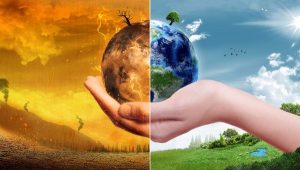 Is tourism a victim or a villain in the issue of climate change? According to UNTWO (The World Tourism Organization), the tourism sector’s input in gas emissions is roughly equivalent with the industry’s contribution to the global economy: around 5%. In addition to that, tourism contributes about 4.6% of global warming in terms of radiative forcing. UNTWO also mentions how the transport sector, including air, car, and rail, generates the largest proportion, with 75% of all emissions. In terms of carbon emissions, air causes 54-75% while coach and rail 13%. According to a foundation called ‘Friends of The Earth’ the world’s 16,000 commercial jet aircraft produce more than 600 million tonnes of CO2 annually, almost as much as the entire African continent. Another point they raise is that because airlines do not pay tax on the kerosene they use as fuel, they do not have an incentive to save it or to fill every seat on their planes, which is highly wasteful to the environment.

Big cities intended to be tourist attractions, such as Dubai or the gambling capital of Vegas, are also huge consumers of CO2 and energy. John Urry defines Dubai as having moved from “being a major producer of oil to the major site of excess consumption including the oil to get people there and to fuel the sites of consumption excess”. According to Norman Foster, over 75 percent of energy usage is in buildings and transport within such cities (Lovelock 2006, p. 133).
Sites such as private resorts or islands such as the Maldives produce huge amounts of waste, generated by the tourists. Some estimates put tourist-resort island associated waste at 16.5kg per visitor per week (multiply that by 1.3 million visitors…) At present, very few resort islands have waste-management facilities so most waste is incinerated or dumped at sea.

But even though tourism generates waste that contributes to climate change, in small percentages some would argue, we should not omit that it is also highly beneficial. Tourism is a vital part of wealth redistribution, and aid to underdeveloped countries: according to UNTWO tourism generated US 735 billion in receipts in 2006, out of which 221 billion —nearly a third— went to developing countries. Tourism is also a great way of sharing cultural customs and history among different societies and is a way of generating more income to local industries and creating jobs.
Even though climate change could generate some benefits to tourism such as prolonged beach seasons or access to previously unexplorable polar regions, the implications of these are far worse than the benefits. Issues such as the rise of sea levels and sea temperatures, resulting in flooding of islands and destruction of coral reefs, the retreating of glaciers, desertification and deforestation can all highly impact the ecosystem tourist attractions are built around.
In conclusion, since tourism is such an international and diversified industry, reduction of greenhouse gas emissions will be more complicated than other sectors, and not many governments have shown much interest in dealing with the topic. We must find a way of regulating tourism waste, so it does not become a villain of the environment, and protect ecosystems in such ways that they do not become victims of excessive human consumption.

Can we use public sociology to add new dimensions to climate change?
Capitalism vs. nature: The fight for a greener planet
If we Don’t Save our Planet, we are Killing Ourselves