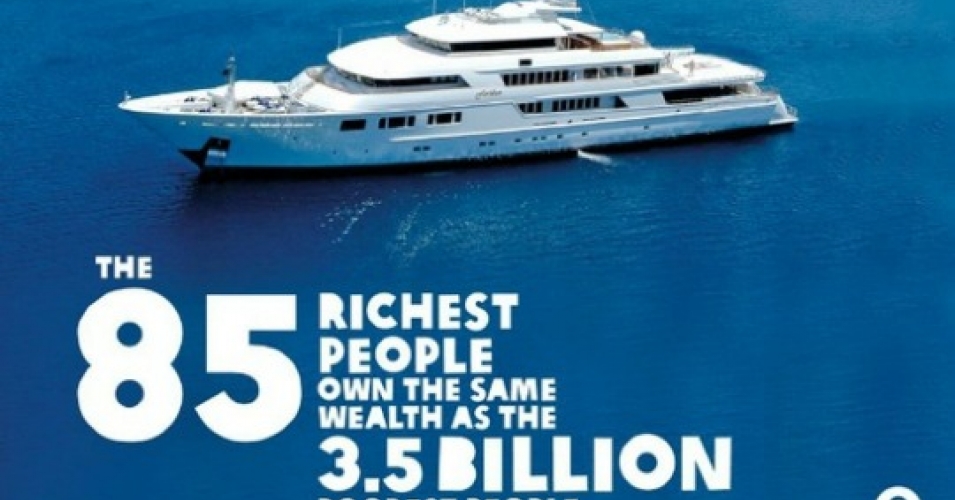 How has globalisation affected inequality and what can we do?

“We can have democracy in this country, or we can have great wealth concentrated in the hands of a few, but we can’t have both”
US Supreme Court Justice Louis Brandeis

For the last twenty years, the benefits of globalisation (more efficient markets, increased competition, more limited military conflicts, and the increasingly equal spread of wealth throughout the world) have trickled into the hands of a global elite whilst simultaneously remaining out of reach for the rest of us. This ‘elite’ who hold a disproportionate amount of wealth, privilege and political power in society through the control of the media and their direct influence on the policies of governments have swaggered into the twenty-first century untouchable. Out of their greed has spawned brazen inequality which plagues even the most developed of countries with devastating consequences. Robert Shiller (Nobel Prize in Economics) defined this inequality as the greatest social threat of our times. More threatening than terrorism; this greed that has somehow become justifiable in my lifetime has become so severe that the wealthiest 1% have had worse effects on society than the financial crash of 2008 did (which was also caused by corporate greed.) Last year, 82% of the wealth created worldwide went to the top 1%. The poorest half saw no increase at all!

This inequality has had huge impacts on everyday people’s lives as it damages the health of a society (life expectancy is shorter and mortality rates are higher in more unequal societies), social relationships (in more unequal societies there is more crime and violence as a result of lower social cohesion), human capital development (education and training is lower in more unequal societies due to low social mobility whilst more equal countries have higher rates of innovation), and the advancement of sustainable economies (more equal societies promote the social good as opposed to promoting status competition meaning they recycle more, spend more on foreign aid and rate environmental agreements more highly). The characteristics of this globalised inequality are (according to the Oxfam report): a deregulation of workers’ rights, the ownership, and automation of technology, an exploitation of gender inequality, the growth of the financial sector, expansion of tax havens, lower taxation and increased monopoly power on all fronts.

These levels of severe inequality are fundamentally the crux of a rigged system not revolving around hard work and talent but unfair moral foundations instead. Wealthy and success are rather linked to the ownership of power and politics. At the global level, said wealth inequality is increasing at an unprecedented scale. The top 1% own more than the bottom 99% according to a new study from Oxfam. The study also found that this is upheld through three principles: monopolies, cronyism, and inheritance. These monopolies inflict suffering on the economy and consumers through high prices and by reducing investment and innovation. Monopolies maintain their influence and power over markets by eliminating innovative market entrants and therefore don’t need to innovate to stay at the top. Cronyism is also at the heart of the system as this partiality gives advantages to friends, relatives, supportive organisations or colleagues in either politics, employment or education which stifles innovation and keeps wealth in the hands of the few. Lastly, inheritance contains this money made through influence in the hands of the elite as assets are kept in the families as opposed to being shared or re-invested. A third of the worlds extreme wealth is held by heirs and over the next 20 years, those in the 500 richest families will hand over $2.4 trillion to their heirs.

This can be prevented in a variety of different ways through a newly formed ‘human economy’ which would regulate globalisation which is spiraling out control for the 99% of people on the planet. Regulated finance would, in turn, serve the real economy instead of the opposite way and returns to shareholders and pay regulated and reinvested in increased productivity, sustainability, and reduced inequality. Furthermore, regulating the new technological change to include legislation to protect the rights of workers against automation and new advancements such as the rising ‘gig economy’. Governments should legislate for living wages that are linked to inflation and should aim to formalise as much of their economy as they can by eliminating zero-hours contracts and ensure job security for all. These moves will disproportionately benefit the women who have suffered from the worst excesses of the global economy for decades.

Smoke and mirrors? The myth of corporate social responsibility
The Price of Freedom: The Effects of Colonisation on Inequality in the 21st Century
Who Has the Power? Morality of Corporations and Impact of Social Movements