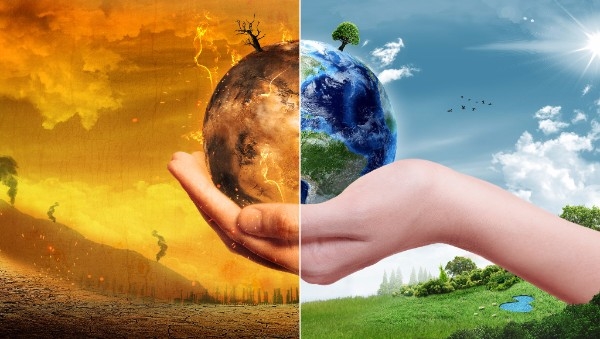 Can climate change be saved by human agency?

Climate change and its escalating risks are an understated and unpredictable global hazard, downplayed by many scientists and politicians and overlooked in the media. Despite being acknowledged as the most urgent issue facing planet Earth, we often turn a blind eye to the devastating consequences humanity could face as a result of our own destructive and unsustainable ways of life, continuously reinforced through various institutions. Climate change is caused by the radiation of greenhouse gases, such as carbon dioxide, causing global warming at an unprecedented level. 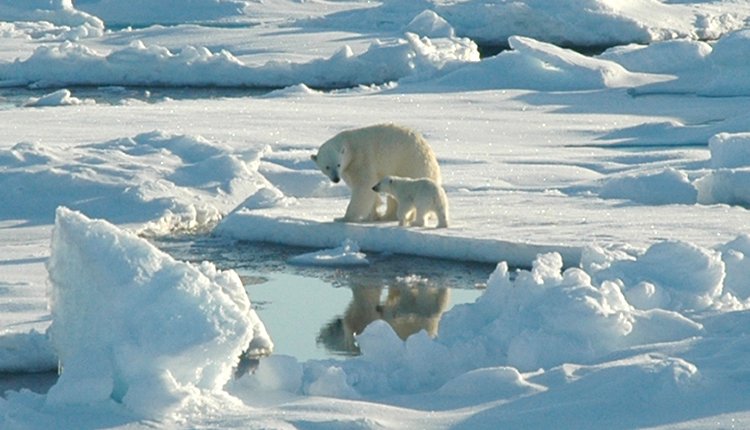 It is evident that the climate is undergoing a prevalent change as global temperatures have risen by 1.7 degree Fahrenheit over the past century due to greenhouse gases (Plummer, 2017). Drastic warming of the Earth has many destructive consequences on the environment including weather changes, extinctions of species, humanitarian crises and international conflict. The Arctic spring now starts 16 days earlier than the previous decade, signifying how distinct climate change is in the Arctic, where temperatures are rising twice as quickly as the rest of the world and ice fields are rapidly shrinking (Watts, 2018). If Arctic ice sheets were to melt, sea levels would rise drastically, causing extreme flooding and vast shrinking of fertile land area. Extreme weather events such as hurricanes and typhoons are expected to intensify by 11% as the planet warms, causing more damage on vulnerable coastlines, and paradoxically extreme snowstorms are twice as likely since the early 1900s due to warming ocean temperatures (Pappas, 2017).

Shifts in contemporary society have had a severe impact on global warming. The persistent demands of capitalism in Western societies use excessive amounts of energy in production and mass consumerism, causing vast quantities of waste. Humanity’s insatiable appetite for energy and technology is unsustainable and is paradoxically interlinked with society’s demand for efficiency. Our economy has transcended from low carbon to one of high carbon systems secured through social and economic institutions such as advertising, electricity and steel cars. 14% of greenhouse gases are caused by transportation, due to the modern mobilised forms of life in which individuals have access to more choice than ever before.

The increased freedom of movements and communications was encouraged by the global spread of neo-liberalism in which individualisation drives people to pleasure-seek through environmental zones of excess. For example, people have the freedom to travel via airplanes to visit cruise ships and commercialised pleasure sites of architectural gigantism as a leisure ideal – the quantities of carbon emissions used in these new-found mobilities would previously be unimaginable (Urry, 2009). Other causes of climate change include the ongoing problems of population growth and global urbanisation; these factors place substantially more pressure on natural resources such as water, agricultural and energy. 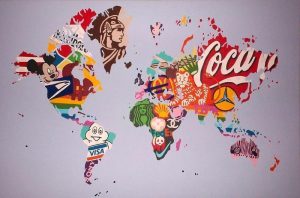 The causes and effects of climate change confirm it an issue that social institutions and individuals have much control over. Meadows et al. (1972) highlighted the sociological impacts of climate change in ‘The Limits to Growth’ where he argued the ecological constraints would delay development and stressed the need for societal innovation towards the issue through a cultural change in humanity’s ecological footprint. Meadows’ argument was seen as pessimistic in its belief that development was unsustainable, yet is now widely supported by long-term trends and the contemporary climate crisis. ‘The treadmill of production’ is another theory proposed by Schnaiberg who argued relentless amplification of economic production with changing technology to be the main driver of climate change (1980). He emphasised production because the decisions surrounding the production of technology shape consumption patterns beyond the consumer’s control. This theory, however, suggests that a major reorganisation of the economic system would be needed, in which a prioritisation of sustainability over wealth accumulation would be politically unpopular.

Contradictions lie in the capitalist drivers of climate change as capitalism cannot control the unprecedented effects on the environment such as the destructive effects on bourgeoisie property and the economic shortfalls. Whilst technology once enabled humans to control their environment, our use is now producing harmful, unforeseen effects and our actions are causing non-equilibrium between nature and society.

How we respond to climate change is a question of human agency. Society’s structure is currently dominating behaviours through consumption patterns and environment-degrading lifestyles, with capitalist profit in mind over future human welfare and environmental preservation. Acting collectively to reorganise society in response to climate change would entail acting quickly to lower our annual emissions to around 2.1 tons of carbon per person and making some radical changes such as living without a car and eating a vegan diet, in order to reverse the worst effects (Pierre-Louis, 2017). The future of climate change currently looks precarious as toxic chemicals and energy shortage associated with climate change could cause an abrupt catastrophe; the hasty change could cost millions of lives in wars and natural disasters. Despite efforts of green movements and minor energy-saving strategies, humans need to awaken to the severity of the situation and act collectively to save our planet as soon as possible!