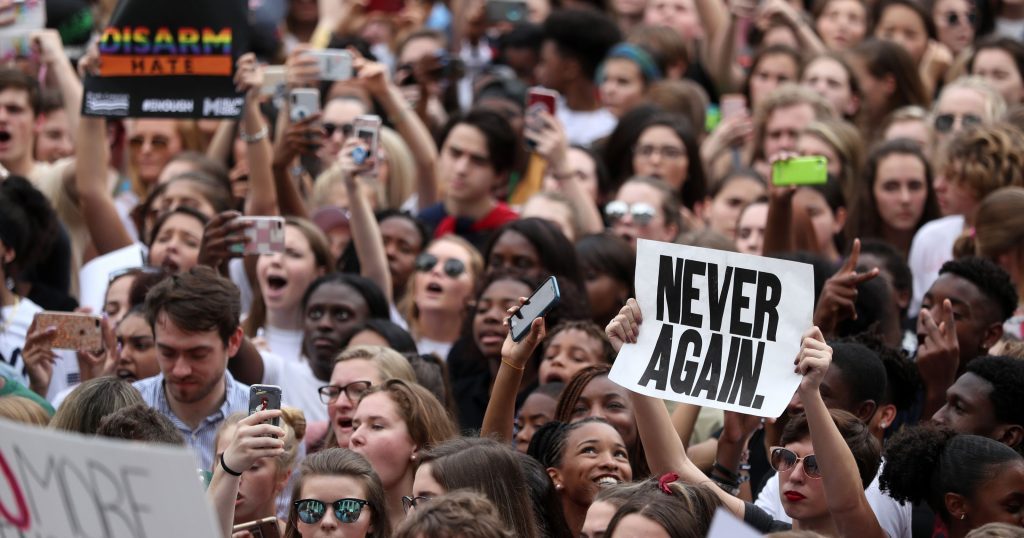 The gun control debate: Why now?

The ‘March For Our Lives’ and ‘Never Again’ – campaigns, fighting for gun control as a response to the school shooting in Parkland, Florida, have dominated international news recently. In March, events in favour of these movements were held in over 800 locations across the globe, demonstrating how this movement has managed to gather force in areas far beyond the US. What is it about this time that caused the issue to come to such a head when gun violence has existed as a prominent issue in the US for such a long time?

The role of social media and the rapid spread of first-hand accounts of the shooting, including video footage, have undoubtedly played a huge role in this. The power of the Internet and its ability to share information quickly and across borders cannot be underplayed. As Castells (2012, p. 2) states, “internet social networks, as these are spaces of autonomy, [are] largely beyond the control of governments and corporations.” This is particularly interesting when looking at the Never Again campaign, as this was a movement predominantly started by young students of the school in Parkland, who are below the voting age, and therefore have no official political power. However, through their use of social media, they have succeeded in mobilising much support for the movement, and “the growing technical capacity of activists to report on their own actions has created unprecedented parallel public records of events” (Bennett, 2003, p. 164)

Whilst there has been some backlash from certain groups, who have deemed the protests and alleged victims of the Parkland shooting illegitimate, the movement continues to persist and gain support. Groups supported by the NRA have accused the students of being “crisis actors”, depicting how whilst social media and the Internet enable the spread of information rapidly, the legitimacy of things shared on the internet is often disputed, and issues become totally polarised. The Internet’s way of filtering out which news we do and don’t want to see has made the debate far more complicated, as the two sides no longer will even come across the other side to the argument, making resolutions far harder to come by.

Support for gun control in cities such as London, Tokyo, and Mumbai, where access to guns is far more restricted and therefore the rates of gun violence much lower, demonstrates how this issue has come to embody issues beyond merely gun violence in itself. Movements voiced primarily over the Internet have this unique ability to unite people over a common issue, through “horizontal networks of interactive, multi-directional communication on the Internet” (Castells, 2012), as they do not have formal leadership or defined boundaries, allowing a much wider group of people to support them.

As in the case for most social movements, the Never Again campaign is about an issue that has existed for a long time, triggered by one specific event that allowed the issue to be brought to the forefront of national and international debate. Public support from celebrities and other high profile people has undoubtedly also helped the movement to become stronger. The support Oprah Winfrey has given to the Never Again campaign, both financial and vocal, is indicative of how much of an influence celebrity support has for these movements.

However, questions have been raised about whether or not the movement for gun control is “too white”. The fight for gun control has been promoted by groups such as Black Lives Matter (BLM) for years now, utilising social media and the Internet in very similar ways, but has never received the same level of support. The disparity between Winfrey’s support for Never Again and BLM depicts how much the demographic of the victims plays a role. When the victims were white middle-class, the issue resonated with people far more than when the issue was put forward as disproportionately affecting black and minority ethnic groups. Emphasis is placed on the innocence of the victims of the Parkland shooting, but somehow the innocence of those killed by police or through violence in ethnic minority communities is never given the same attention.

The circulation a photograph of a white protester at a Never Again protest holding up palms with the slogan “Don’t Shoot” has been used to demonstrate the hypocrisy that some feel exists in regards to the gun control movement. The slogan comes about from the protests held as a response to the fatal shooting of Michael Brown by police in 2014, and represents the aim of the BLM movement to end police violence against black people. It has caused a number of BLM activists to question why their fight for gun control did not receive the same amount of support, despite the majority of gun violence victims coming from black and minority ethnic backgrounds. Although many members of BLM have openly supported the Never Again campaign, they have emphasised the need for this conversation about gun violence to go beyond school shootings, and address the huge issue of gun violence in minority communities within the US, as well as police brutality against blacks.

So whilst the power of social media and the Internet can allow social movements for justice to take such force internationally, we must still ask ourselves: why does it require the issue to directly affect and be voiced by those from white, middle-class backgrounds for the debate to gain so much support?

Social change at our fingertips
Global protest: The pros and cons of social media
Exploiting the Exploited: How corporations turned the Black Lives Matter movement from a social move...