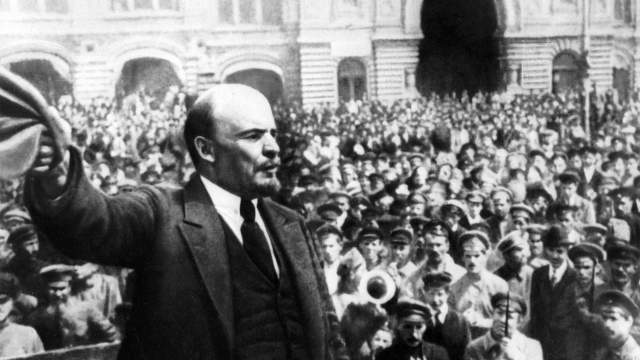 Is a socialist revolution possible through grassroots movements in the West?

As the sociologist and political theorist Karl Marx stated, “[…]the emancipation of the working class must be the act of the working class[…]”1. Revolution is characterized as resistance from below against a pervasive power system. Thus, technically the only way a ‘true’ proletarian (working-class) revolution will be achieved is through grassroots movements, therefore my question is somewhat a paradox. What I mean is, has a profit-obsessed neoliberal system subjugated and divided the poorest in society to a point where unity that could lead to revolution is not currently possible? It is my contention that revolution is entirely possible and necessary for upholding equality; however, this must come hand in hand with a movement from above — the capitalist system will have to be weakened. This perhaps also means the reliance upon individual forms of rebellion, such as non-consuming, and the system ‘eating itself’ through overproduction, greed, and reliance on crises. 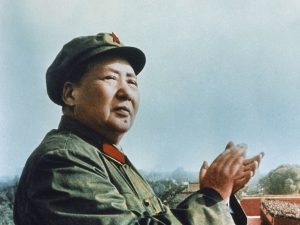 Successful Communist revolutions have also been some of the most efficient examples of successful social movements. The October Revolution (1917), instigator of the former great power of the Soviet Union, can be defined partially as a grassroots social movement in itself. Though guided by the political minds in the Bolshevik party, the revolutionaries were largely ordinary proletariat. Further, the Chinese Communist Revolution (1949), where Mao Zedong succeeded in the creation of the People’s Republic of China (PRC), can truly be considered an example of collective social action causing significant political change. It was popular support for the Maoist regime and far less to the Japanese nationalists that allowed the PRC to prevail, despite the odds spectacularly against them. These examples of a revolution occurring with a focus on popular efforts suggest that grassroots movements can be successful, especially in the communist context, which favours the will and needs of the proletariat.

It is, however, important to analyse the cultural contexts that have nurtured the conditions possible to execute these enormous displays of collective action. In the last few decades since the collapse of the Soviet Union and the rise of globalization and neoliberal capitalism, spearheaded by the Thatcher (UK) and Reagan (US) administrations, the possibility of these revolutions has changed somewhat. With the neoliberal commitment to profiteering and surplus, the divide between the rich and poor has widened dramatically. For example, statistically, those in the richest fifth of households will earn 88% more than those in the poorest, compared to a 47% divide in 20002. This increased inequality may create a class consciousness that would perpetuate revolution, but I believe this specific type of (intentional) subjugation of the poorer in society is actually fuelling capitalism’s fire. The reasoning for this is twofold; in the exploitative and modernising nature of the system, as I will explain below.

Firstly, in a system committed to rapid transactions, increased interconnections and constantly improving technology (as well as pathological consumption), there are enormous amounts of data collated about the global population. This means that the daily habits of humans are under surveillance by the government and large wealthy corporations, thus any revolutionary activity, or large-scale collective action against the status-quo can be quashed in its early stages. Moreover, with the bombardment of this advertising and technology from childhood, it is far easier for a system to subtly influence the outlook of its citizens. Essentially the system one exists in will not provide or educate anyone with the means to overthrow it, especially not one as pervasive and self-interested as the neoliberal system. Secondly, capitalism tends to scapegoat the victims of the system for the rising inequality. For example, the UK Brexit referendum was fuelled by anti-immigration propaganda; with PM Theresa May stating “Brexit must mean control of the number of people that come into Britain”3. And yet the employment rate of white-British men lies at 70%, while that of Indian and Bangladeshi is only 30%4, clearly the immigrants are not ‘stealing our jobs’5. Neoliberalism is utilizing the age-old tactics of ‘divide and conquer’, and without the collective consciousness prescribed by Marx in times of proletarian subjugation, the conditions for a truly successful revolution struggle to materialise.

I also find it significant to mention the changing nature of those who are participating in social movements. I cite the ‘vegan revolution’ as one of the most successful examples of social behaviour outside of the hegemony with demand for vegan options increasing by 987% in 20176. However, these movements have been labeled a privilege for the middle-class, with many vegan and ‘ethically sourced’ products only being purchasable from independent businesses, often at higher prices. Further, the working class is often isolated from social movements because of the increasing number of academics, who often stem from privileged backgrounds and employ learned (and complicated) linguistics which leave those who are actually subjugated out of the conversation (possible irony). The question of veganism and other ‘individual’ forms of rebellion is that with the amount of data the powers-that-be have on us means they can monitor any sway from the desired norm and change their production habits. This further entrenches us into being exploited by the system.

Marx himself, while convinced of the plausibility of proletarian revolution, is also renowned for holding the position that the capitalist hegemony will eventually ‘eat itself’. Eventually, the “chronic overproduction, depressed prices, [and] falling or disappearing profits”7 will bring capitalism to its natural demise. Therefore, it is possible that the end of neoliberal capitalism will come about from ‘above’, wherein the massive conglomerates will eventually compete into oblivion and a socialist agenda will be achieved through the death of the market.

To sum up, it is not that I do not believe a revolution could (and should) occur in the west. It is the oppressive nature of the neoliberal agenda that means the class unity needed to carry out a successful revolution is being strangled. The antidote for this problem is threefold really; capitalism destroying itself, increased usage of grassroots campaigns, and possibly the threat of violence.

1 Marx, K. 1871. “Provisional Rules of the Association”, in The General Council of the First International.

2 Cammack, P. 2009. “Why are some people better off than others?” in J. Edkins and M. Zehfuss, eds. Global Politics: a new introduction. London: Routledge