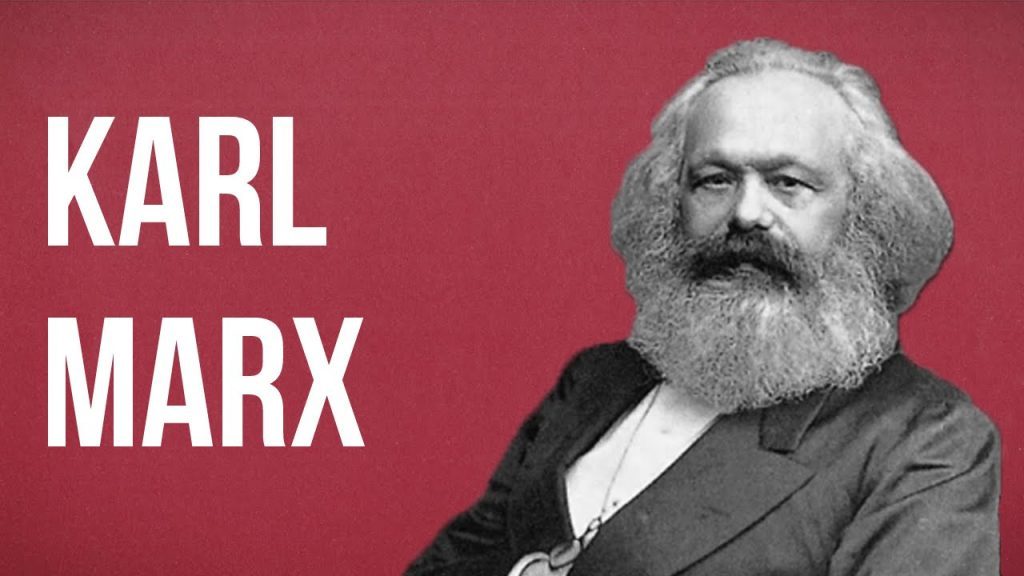 The last few centuries have seen the rise of truly geopolitical stakes in human relations and discourse. This move towards globalization in not only humanitarian concerns but in general has led to the description of the period we occupy as “post-modern”, the result of a cross-pollination of cultures culminating in the contemporary wave of multiculturalism. The 20th century, in particular, was a pivotal era in facilitating this change, itself a time frame of monumental social transformation and change, from the period of destruction and reconstruction that occurred during the two world wars and their respective aftermaths, to the civil rights movements of the 1960s and 1970s. However, it was not until the tail end of the century, in the 1990s, that the current wave of global protest kicked off as a reaction to fiscal/financial entities such as the World Bank, IMF and G8 and their involvement in the financial crisis, facilitated largely by the rise of the Internet age into the 21st century.

It is beyond any full-length academic journal, never mind a shorter article, to try to juggle the entirety of human history and ideologies into explaining the events set before us today, but it would be remiss to not make mention of the influence of the socialist intellectual tradition of Karl Marx. Rising out of a time when workers were almost synonymous with the toils of industrial factory work, Marxism was largely an ideological protest against the rising force of capitalism, which it sees as the primary arbiter of contemporary inequality, with the intent to inspire and mobilize its eventual downfall at the hands of the oppressed working class, who would then aim to establish a communist, i.e., classless, society with aims of equality and true meritocracy. This divide between the common man and the elites has been a common theme arguably throughout much of human history, but many of its core themes have certainly been fairly consistent since the 19th century. So when financial crisis, largely a product of neoliberalism caused an uproar, one can predict that Marxism would pay dividends as a map able to provide an explanatory device in making sense of unfolding events.

However, Marx, writing against the backdrop of the industrial revolution could never have predicted just how capitalism would adapt over time. Nor, despite his insistence on true socialism being a global entity, could he have predicted the internet in any particular detail, which has played such a pivotal role well into the 21st century in mobilizing discontent with inequality, forming “[…]transnational activism aimed beyond states and directly at corporations[…]” (Bennett, 2003). Indeed, the debt the trend of global protest owes to the Internet cannot be understated. Whilst in bygone eras the printing press arguably owned a monopoly on who had the power to “make the news”, Castells argues that the internet provided a “[…]space of autonomy largely beyond the control of the governments and corporations[…]” (Castells, 2012), which had long held considerable sway over public opinion. The ability of the worldwide web to connect people from a variety of cultures has produced an Internet subculture that is distinctly “anti-big brother” and therefore anti-state. As a result, many movements of global protest are in many respects largely more aligned with the tradition of anarchism than the classical Marxist position on the state. Take the decentralized international hacktivist group “Anonymous” which found its feet as an online community in 2003. As a movement Anonymous made its name revealing corporate corruption, exposing government agencies, religious institutions and incidents of paedophilia. The hacktivist group would also come to play a pivotal role in one of the most influential events of the global protest in the 21st century, The Occupy Movement. 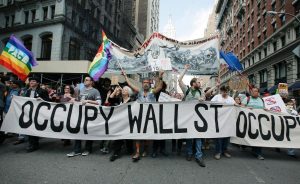 Occupy itself started in 2011 as a reaction to growing inequality amidst a period of financial crisis in the United States. From 1976 to 2007 ‘the income of the top 1% in the US jumped from 9% to 23.5%’ (Castells 2012), facilitating the rise of the Tea Party, which consisted of a ‘mixture of populism and libertarianism’ (ibid), but was soon abandoned by would-be members of the Occupy Movement when it became clear that the party was ‘bankrolled by Koch Industries and The Republican Party’ (ibid). Then, in 2011, Toronto-based publication and cultural critique journal Adbusters ‘advocated for the occupation of Wall Street in Manhattan’ (ibid) via peaceful protest. Pitching up tents, kitchens and whatever else they may have required protestors managed to accumulate extensive media coverage and shed light on growing concerns and intense displeasure with the socio-economic plights of contemporary western societies and inequality on both a national and global scale.

Such occurrences are perhaps eerily familiar to those who have read the work of Richard Wilkinson and Kate Pickett who in their book, The Spirit Level, describe the ‘pernicious effects that inequality has on societies’ such as eroding trust and increasing illness. In fact, Pickett and Wilkinson argue that for a variety of different health and social problems, be it violence, mental health, obesity or teenage pregnancies, outcomes are significantly worse in more unequal countries. Considering how significant inequality is becoming globally, especially in the United States, where the gap between rich and poor is embarrassingly wide and with 70% of the world’s countries having a less dramatic income disparity, it is no wonder that global protest is becoming increasingly provoked. Combine this with a greater ability to organize and mobilize via the Internet and its corresponding culture, it is no wonder that global protest is kicking off everywhere. Given current events, it doesn’t look to be stopping anytime soon.

The internet: Can it really influence social movements?
Protests in the age of social media: How was The March For Our Lives Movement shaped by social media...
The Friendly Face of Capitalism? Performative Activism, Climate Change and Black Lives Matter