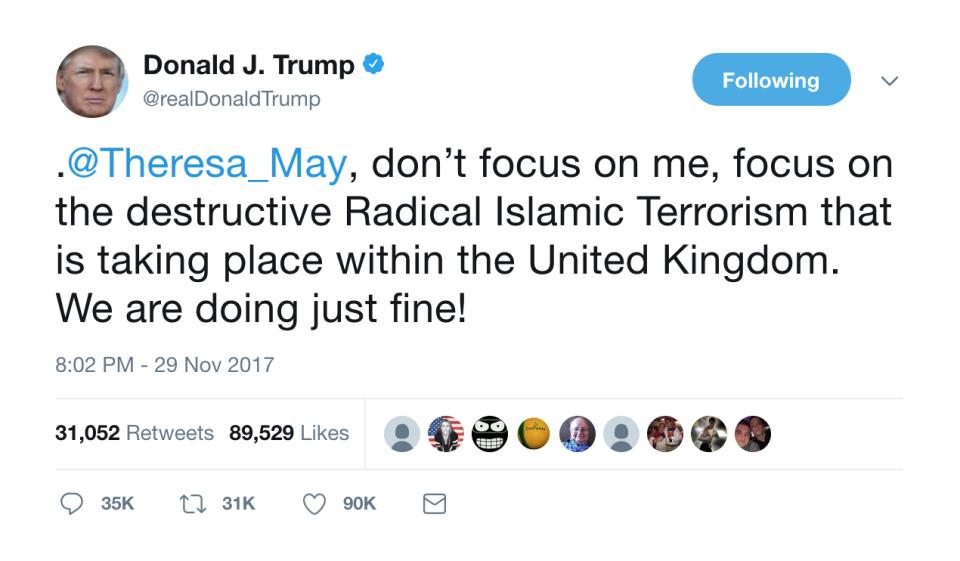 As social beings, humans often come into contact with natural obstacles that can limit One’s ability to incorporate their social lifestyle with the people who surround them. However, as society progresses, the social disputes some may face can be amplified on a massive scale, due to the occurrence of a community that is globally shared. For example, social media connects hundreds of thousands of people in a matter of seconds. In this blog, I will explore the ways in which we have come to understand how social problems, such as radicalisation, have impacted society and threatened the cohesion of the global society.

Of course, the phenomenon of political or social radicals is not an occurrence exclusive to modern society. Most of the human rights we have today have been formed by the few brave individuals who were willing to cut against the grain and stand up for a cause that was deemed too out of sync of society, that it was considered ‘radical’. The Suffragettes who used militant methods in order to gain the vote for women in the early 1900s were seen as radical and out of step with what was expected of women at the time. Now women, such as Emeline Pankhurst, are praised for their radical actions. If we were to compare the methods of protest used by the Suffragettes to the methods of protest used by individuals in modern society, we can see a harsh line between diligence, and for lack of a better term, thuggery. In the 1900s the Suffragettes had used ‘the tactic of small bombs’, yet their behaviour had not been analysed for the controlling radical character.

Before I delve any deeper, it is important to consider what I mean by ‘radical’, and how the context of a situation can create such a range in approach and reaction. Sedgwick refers to the Oxford dictionary’s definition of a ‘radical’, an individual ‘‘representing or supporting an extreme section of a party.’’ (2010: 481). This definition can lead to endless existential uncertainties about the word extreme and support. However, to save a Platonian crisis, we will accept this explanation. Now, as many people accept the term ‘radical’, the next important topic to consider is how One becomes radical. The concept of radicalisation now comes into play. Sedgwick eloquently defines this as ‘‘what goes on before the bomb goes off.’’ (2010: 479). Kundnani uses the example of Ulrike Meinhof, the co-founder the West German Red Army Faction, a far-left militant movement. After Meinhof was found dead in her prison cell in 1976, ‘officials secretly removed her brain in the hope that neuropathologists might discover physical clues’ in order to explain her behaviour (Kundnani, 2012:4). In their view, it was crucial to find some form of physical evidence to explain why she had become ‘radical’. This inability to fathom why some individuals behave the way they do has increased the need to look into the process of radicalisation in order to provide some form of explanation.

As sad as it is, we come across many examples of radical and violent behaviour all over the world. Therefore, social researchers and state officials are given an opportunity to analyse this behaviour and possibly make note of any patterns they may detect in the behaviour of perpetrators. Behaviour analysis can then be used as a form of preventative measures. However, the means of approaching the problem of radicalisation can, in some cases, add fuel to the fire. Counter-terrorism and radicalisation policies were implemented on the basis that there are certain ‘indicators’ of radicalisation (Kundnani, 2012:9). The most prominent ‘indicator’ we come across is an individual’s religion. Journalists, such as Walter Laqueur, described the events of 9/11 as an act of ‘Islamic fundamentalist violence’ (Kundnani, 2012:4). One issue that can crop up here, is forming an association between violence and Islam. Attaching labels to a group or organisation can be detrimental. When trying to tackle the issue of radicalisation, we need to consider the individuals at the root. If we as a society damage the potential rapport through the use of scapegoating, any attempt at prevention could prove void.

Recently, we have seen our Prime Minister slip into the Little Black Dress of scapegoating. Yes, blaming ‘Islamic extremism’. Extremism seems to be a term reserved only for Islam. Members of the KKK were not commonly labelled as Christian extremists, nor was the whole faith blamed for the actions of the minority, who were clearly not fulfilling the kind nature Christianity. However, Theresa May was still quick to hold Islam responsible in her speech regarding the attacks on the London Bridge in June of 2017. May describes a terrorist network ‘bound together by the single evil ideology of Islamist extremism’ and further explains how ‘terrorism breeds terrorism’, leaving the British public to assume that it is the Muslim communities who are responsible for said actions. And how the people who follow this ‘ideology’ immediately oppose the Western values of ‘freedom, democracy and human rights’. How diplomatic of our Prime Minister. May goes on to further perpetuate the idea of ‘them and us’ by describing just how ‘pluralistic British values – are superior to anything offered by the preachers and supporters of hate’. It then seems counter-productive for Theresa May’s British values to include air strikes on Syria and Iraq in order to ‘destroy ISIS’ (Time). Which is interesting, since implementing Western force over largely innocent countries never really results in the current Government’s idealistic and medieval desire for British triumph.

Who’s to say that the innocent children of Syria and Iraq won’t grow up with fear and resentment for the West, creating a more damning situation in the future? As a society, we need to step away from retaliation and fear mongering and come up with a peaceful and effective solution to radicalisation, as opposed to methods used with Meinhof and the current methods used against the Middle East. We need to do more to break down the cycle of fear and blame. It is crucial to ensure those who are looking for light do not end up in the dark.
To conclude, prevention efforts for radicalisation need a lot more social attention. Sadly, our government is giving to external pressures (such as Donald Trump, who seems adamant on insensitive responses such as travel bans and so on) without focusing on the problems close to home that can slowly but surely be reversed. If humans can collectively learn to profile people and blame individuals, then hopefully we can learn to reverse this process.

Is it time to protest the platform?
Right-wing nationalism, populism and protests going global
The best solution to terrorism is to lock them all up!