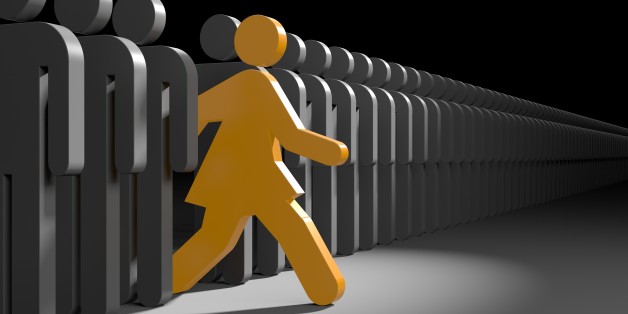 Identifying someone or a group as a radical is something complicated to do since the definitions are many and the profile of a radical is subjective, which cannot be predefined because in each situation it could change. As stated in the Oxford English Dictionary, one meaning of ‘radical’ is to represent or support an extreme section of a party. ‘These contexts have a different agenda, each uses the term ‘‘radical’’ to mean something different’. (Sedgwick, 2010, pp.479). Being pointed as a radical might be seen in different terms and uses, but what does radicalisation really mean? Radicalisation refers to a process whose outcome is not radicalism but violent extremism. According to Bartlett and Miller (2012) radicalisation would be the process by which an openly ideological message is transmitted to some individuals and with that to a belief system that promotes the movement, from moderate and conventional beliefs to extreme visions. To finish with this introduction, it is necessary to differentiate the definitions of relative radical and absolute radical. While the relative term means that a ‘radical’ situates an individual or position on a continuum of organised opinion. The absolute term can be defined in opposition to ‘reformism’.

Therefore, we understand the complexity of the word radicalisation. Given that the ideals of the movements of social reform such as some religions, race equality and gender equality were taken to transform them into radical points of view and to create new extremist groups. In this blog, we will talk about a special case of feminism in Spain and the triggers that had some actions.

On the 8 March, International Women’s Day, the first feminist general strike was held in Spain to demand equality. It meant a lot for some women than other demonstrations because it was the first Spanish feminist strike. Some women leading the movement got into the classes of ‘La Universidad Complutense’ to sabotage the classes, specifically, to the women who did not manifest into the protest. In a video of the incident, students have opposed resistance to the strikers and this provoked yelling and tension.  This generated a lot of controversies and the public opinion practically split in two. On one hand, some people thought of these women as ‘feminazis’ or radicals wanting to impose their opinion with violence.  On the other hand, some people tolerated the desperation of this group to make everyone understand the cause and believed that sometimes what it has looked radical or offensive in the past is what has allowed the real changes.

Firstly, there is the point of view of those who claim that these women were radicals because of their attitude towards the ones who didn’t share the same thoughts. But, do those actions were really necessary? Because it seemed to show no tolerance and no respect for the others’ opinion. The people present felt that an ideology was being imposed on them with violence. Although there was no physical violence at some point, to enter a class by force, unbalance the tranquillity of others in a usual day of work or study could be considered as psychological violence. It could be dangerous terrain since non-violent extremism is viewed as a ‘threat’ because radical views may not supply a security threat but could pose a threat to social cohesion.

Furthermore, some believe that this whole situation could be a breaking point for the feminist movement because it could delegitimize the real and noble cause of the feminists since it is clear that these women’s actions were invasive and didn’t permit dialogue. Thus, that is not the ideal outcome sought in propagating an ideology for the world.

Secondly, there are other people who support them and don’t see their actions as radicals nor violent. There is a feeling of empathy with these women that behind those acts, there is a background. An explanation for the desperation of these women, who have probably lived through injustice, seeing other women not to sympathize with a cause that it must concern everyone. Moreover, people claim that there was no such a thing as violence, that the women were only yelling and making loud sounds with the desks and the chairs, trying to manifest their ideas and their indignation.

There is also the fact that being labelled a ‘radical’ is meant to be an insult but history tells us otherwise, what is accused as ‘radical’ changes over time. In the past to see women fighting to vote was ‘radical’ or to see people chained to trees to save forests was ‘radical’. Indeed, it was ‘radicals’ who were responsible for sowing the seeds of two of United States’ most important social movements: worker rights and racial justice. The movement of social rein vindication of black people was violent and aggressive. However, it was those actions that allowed for changes and that racial differences are minor today. A confrontational path was necessary to win many of the privileges now sorely taken for granted: the minimum wage, the eight-hour day, even the very possibility of forming a union.

Overall, I think it is important to reflect on this topic because the term ‘radicalisation’ is understood and used in a variety of different ways, as Sedgwich (2010) argues the term as the source of confusion which can lead to people attributing it in a wrong way.  If groups are falsely labelled, such confusion may actually increase threat. Finally, taking into account that many authors, as listed in the references, define radicalism in a relative and an absolute term, could we say that these women were really passionate about their cause or were they too extremists?

References
Bartlett, J. & Miller, C., 2012. The Edge of Violence: Towards Telling the Difference Between Violent and Non-Violent Radicalization. Terrorism and Political Violence, 24(1), pp.1–21.

The use of social media and the internet in recent protest movements
Is a socialist revolution possible through grassroots movements in the West?
The meaning of protest in a neoliberal world