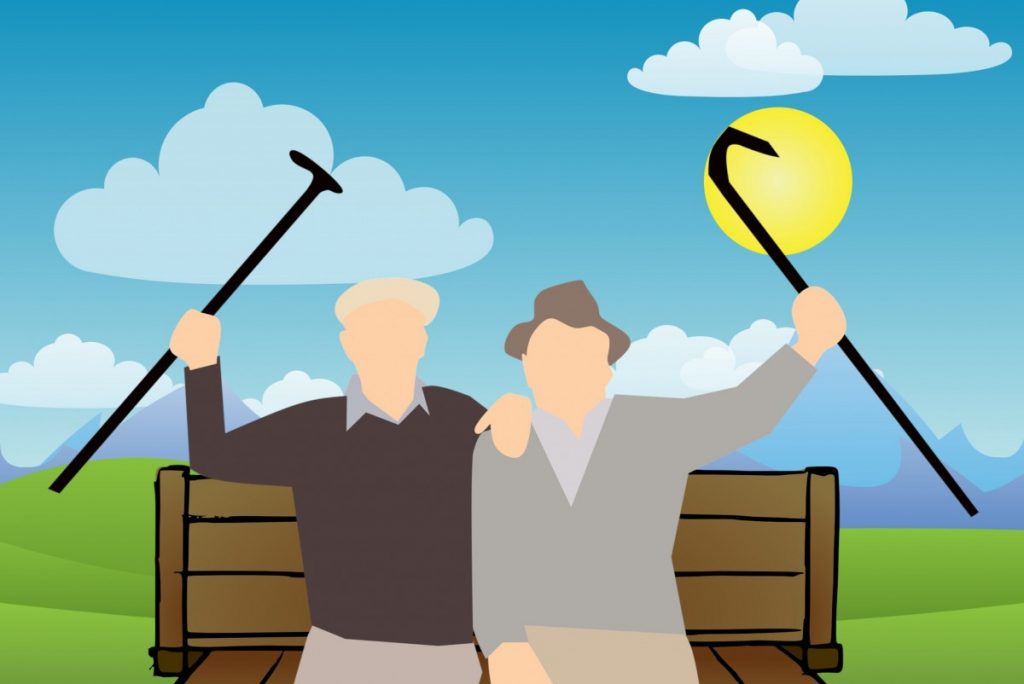 You can forget about your retirement benefits

Perhaps one of the best things to look forward to in life is retirement. You have worked for decades, maybe even had a family, and now you get to spend the rest of your life living carefree. Sounds good, right?

But what if the programs you’ve spent your entire life paying for so when you retire you can rely on them (social security, pensions, etc.) are being threatened because there are simply too many people in retirement? This may sound crazy now, but our population is indeed ageing rapidly. As populations live longer, resources will be even more scarce, and funding for social programs aimed at the elderly will have to increase.

Many countries are already struggling to fund programs as is, but imagine if in 2020 the population of people over 60 doubled, or imagine if the number of people over 60 in your country was 55% of the population. The problem you now have is that you have more people in retirement, putting less money into the economy, not contributing to the workforce and not paying as much in taxes (or paying none at all) , than you do people with jobs who are contributing to the economy and paying their taxes.

What’s a good solution to this? Increase the taxes on those in work? Lower or restrict the benefits that people over the retirement age can receive? Increase the retirement age so that way people will have to work longer before they can receive their benefits? The thing is that many countries do not know what to do, and that is an unsettling thought.

One major problem with an ageing population is the costs of benefits, especially healthcare. Basic maths shows that the more people you have in a country, the more money you have to spend on social programs. Therefore, the longer people live, the more money would need to go towards healthcare. The UK government is already going back and forth about funding for the National Health Service (NHS). Findings have shown that the UK would need to increase NHS funding by £95 billion by 2033/34, or around 3.3% each year, and that’s only if they want to maintain current service levels. If the government wanted to improve services, they would need to increase funding by 4% each year. Already have there been numerous articles about the NHS having to ration healthcare and having to scale back on what they cover.

In my home country of the United States, our healthcare program for people over the age of 65 is called ‘Medicare’. The current administration has already suggested reductions for not only Medicare, but also Social Security, two programs that quite frankly aren’t funded enough as is (these were also two programs that were promised by Trump to not be cut, but obviously that was a lie). Even though I am only 20 years old now, this is still a big concern. In 2035 it is expected that for the first time U.S. history, the elderly population (over 65) will outnumber the younger generation (under 18). Even more concerning is that the population of people over 65 is expected to double by 2060. I will be roughly 60 years old in 2060, only about 5-8 years away from being eligible to receive benefits.

To put into context how big of a problem this is on a global scale, according to Forbes, by 2030, the number of people in the world older than 60 is expected to grow by 56% for a total of nearly 1.5 billion people. And by 2060 it is expected to jump to 2 billion. Countries who were affected by the 2008 global financial crisis, such as Spain and Greece, will face unique challenges. Many countries whose economies were hit hard had to reform their pension system, limit the number of benefits people can receive, and more.

2060 is only 40 years from now, so there is still time to fix this growing issue. Some countries will be hit faster than others, such as Finland, who are already having to confront a rapid ageing population. Yes, we should be happy that our technology has become so advanced that we are living longer, even up in the 100s. We have made so much progress that in 2018, Japan broke the record for the highest number of centenarians in a single country, with around 69,800. But no country, from the wealthiest to the least wealthy will be immune to the problems ageing populations pose. It is time for the world to start finding solutions before it becomes too late, because as it is right now, I am not looking forward to getting older.

How can countries deal with ageing of societies?
Ageing society in Japan and its political influences
Positive ageing