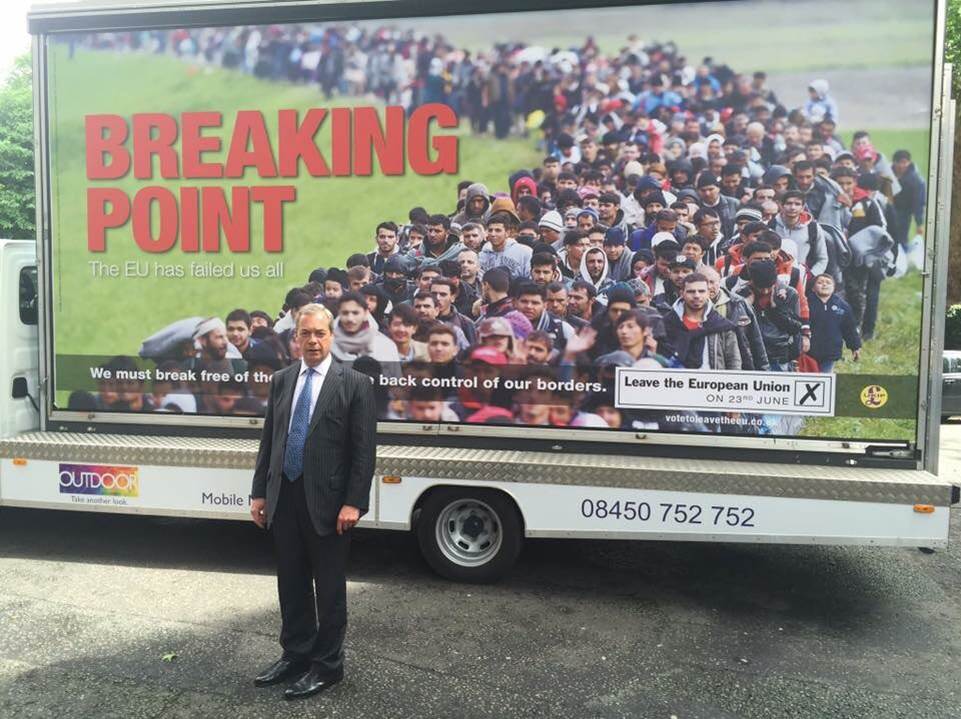 Racism and xenophobia in the UK focus point: Polish migrants

Immigration: the action of moving from one place to another to create a new home. This word you will hear daily on the news and in conversation. The UK is an incredibly diverse country of immigrant families from across the world with 625,000 people moving here in 2018 as found by the Office for National Statistics. However, whilst this could be something to embrace and celebrate, there is also continuous discrimination and prejudice. Typically, the population blame their social and economic problems on these individuals which is particularly noticeable from the Brexit campaign and the vote results.

Image: by James Slack on The Daily Mail

One group of interest is migrants from Eastern Europe, in particular from Poland. Poland joined the EU in 2004 as 1 of 8 new countries accepted and were known as the A8 group. This led to a huge rise in migration from Poland to the UK due to the EU’s freedom of movement policy for workers. Between 2003 and 2010, the Polish-born population in the UK has risen from 75,000 to 532,000 (Rzepnikowska 2019).

At first, when Polish migrants came over, as well as other Eastern Europeans, the UK were optimistic they would improve and broaden their workforce. They were viewed as hardworking and to an extent could keep away from some of the racism faced by other immigrants. This is a huge contrast to the current climate we are in now. Ever since 2008 when we were hit by the financial crisis, Polish immigrants have been scapegoats for a variety of UK’s issues. Tabloids have perpetuated this image of Eastern Europeans (as well as all immigrants) being a drain on the economy, that they are reaping the benefits without working as hard as UK born citizens, taking jobs from UK born citizens and that they are ‘flooding’ the country in their ‘hordes’. Romanians, for example, are largely portrayed as illegal immigrants who are involved in criminal activities like child trafficking and begging (Fox, Morosanu and Szilassy 2012). These ideas have then helped fuel the discrimination and hate against Polish people by the rest of the population. In her sociological study, Rzepnikowska (2019) has documented some awful experiences of racial discrimination and hate crime of Polish residents in Manchester such as having stones being thrown at them, people kicking their cars and shouting derogatory names or phrases at them.

Image: by David Wooding on The Sun

However, one idea surrounding these issues is the idea of whiteness and white privilege. For immigrants like Eastern Europeans, they can remain fairly invisible due to their whiteness until their identity as foreign is revealed through things such as their accent, speaking another language or their car’s registration plate. This means they can still hold their white privilege, unlike other immigrants, at least to an extent. Nevertheless, as pointed put by Botterill and Burrell (2019) sometimes whiteness can only provide limited protection, as we have seen from the recorded experiences of white Polish migrants. There is a definitive hierarchy within those who are white, with white British above white Eastern Europeans, echoing the racial hierarchies we saw back in the day in colonial-Britain. So, although they might be considered above other ethnic minorities there is still a sense of inferiority being created.

It is impossible to talk about immigration and not talk about Brexit. As we’ve established there was racism and xenophobia pre-Brexit which meant the Leave campaign, particularly that promoted by UKIP, could use an anti-immigration narrative in which they promised we could “take back control” of our borders. Once the results came in and Leave became victorious it seems that racism has become “normalised” (Haque 2011) and those views held by the people have become validated. One result is a significant rise in racial hate crime. In 2015/2016, GOV.UK recorded there were 49,419 which rose to 62,685 in 2016/2017 after the Brexit vote! This statistic is very worrying and of course, is more so for ethnic minorities. Furthermore, this lack of a conclusion of a Brexit deal is creating an uneasy feeling for any EU workers here in the UK as the long, recognised citizenship hangs in the balance.

It is clear that whilst immigration into the UK is vast, the presence of racism and xenophobia is just as prominent. There is a hierarchy of desirable immigrants depending on where they are from and their whiteness, yet they can all be lumped together as the “problem” on our society which is just a far too short-sighted view. It should be clear that the issue infecting our society and our politics is racism and hate crime that continues to rise despite us continuing to let the world in and becoming more connected.

Shop ‘til you drop: The modern tragedy of contemporary consumer capitalism and a planet at breaking ...
What can be done about climate change in the 21st century?
Why cutting back on meat is the best thing you can do for the planet.