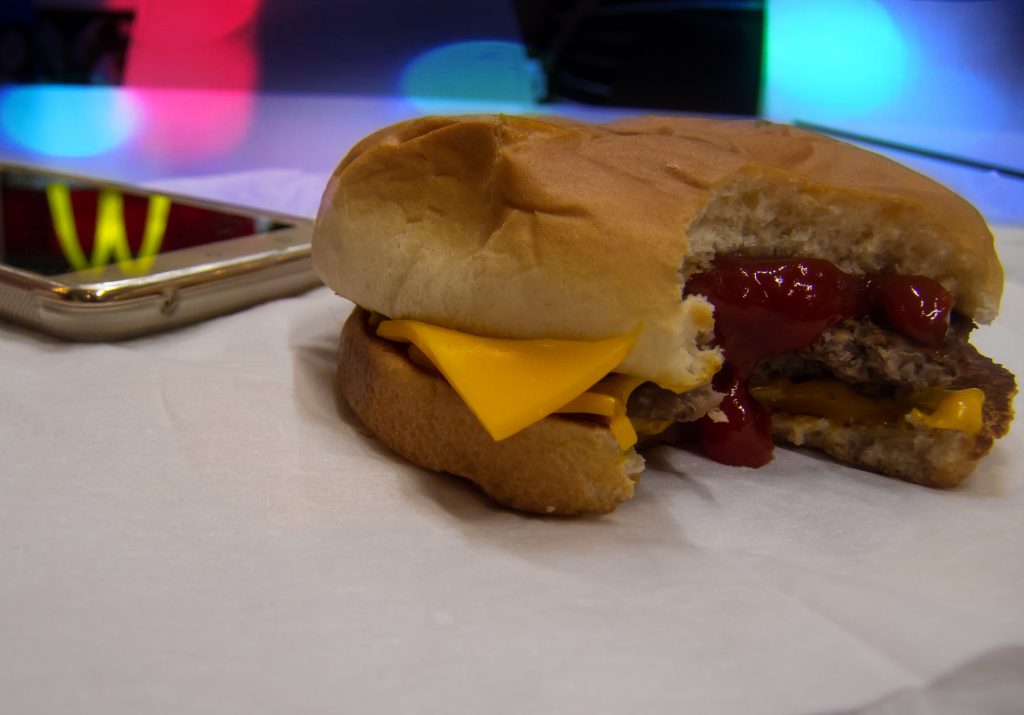 The politics of your McDonald’s order

The recent acceleration of globalisation has led to increasing political and economic power for transnational companies, with corporations having an increasingly important role in environmental preservation. For example, The Carbon Majors Report (2017) revealed only 100 companies were responsible for 71% of global emissions, which is supported by Schnaiberg’s (2000) Treadmill of Production theory arguing that producers are more influential than consumers in environmental degradation, especially in developing countries where many companies exploit their cheap labour and scarce resources. Furthermore, many large companies can use marketing to sell lies to customers about their business practice and instead use their profits to invest unethically, for example The Body Shop famously campaign against animal testing and ethical sourcing of their raw materials whilst being owned by the animal testing brand L’oreal up until 2017 (Sheftalovich, 2014) . Comparatively, McDonald’s target their marketing towards children and families through the use of ‘happy meals’, “commitment to quality” and emphasis on their Ronald McDonald House Charity whilst being debatably one of the most controversial companies of our time.

Boasting a net value of $100 billion (more than the GDP of Venezuela) and presence in 120 countries and most major towns and cities in the UK, McDonald’s is arguably one of the largest and most prominent corporations in the 21st century. But is this concentration of power harmful to our society? It can be argued that the globalisation of the company undermines the traditional culture of many diverse societies and countries by permeating local traditions with Westernized foods, encouraging a cosmopolitan addiction to unhealthy diets. The availability of a Big Mac in countries such as India and Monaco contributes to the homogenization of culture across the world, stifling local traditional conventions and can lead to the erosion of multiculturalism. More drastically, the increasing role of financialisation for companies in recent decades (Davis and Kim, 2015) has led to the shareholder value principle becoming the dominant ideology over other ideas (Shin, 2013), such as valuing the interests of customers, employees or the local community. Paired with the limited liability of multinational companies, this has meant that corporations such as McDonald’s can exploit their workers, customers, and the environment without anyone individual facing a serious consequence. This allows companies to compromise on Corporate Social Responsibility (Carroll, 1999) and business ethics in order to make decisions to profit maximise; for example, in 2017 McDonald’s faced public backlash after employees were forced to work in “unbearable” working conditions after kitchen temperatures reached 37° due to air conditioning that remained unfixed (Evans, 2017). Furthermore, the company continue to use inhumane rearing and slaughter methods on the chickens used in over 50% of their menu, a practice they have only pledged to eliminate by 2024 as a result of protesting and boycotting from social movements such as PETA (Kretzer, 2017). This business behaviour contradicts their corporate governance guarantee of being “ethical, truthful and dependable” whilst “respecting our customers and employees” and creates a false brand image of socially responsible business (McDonald’s, 2019). McDonald’s also refute these statements by their major role in the child obesity crisis that is currently prominent in the US and UK, with their ‘happy meals’ targeted at children containing upwards of 600 calories, leading to public grievances putting pressure on the company to meet nutritional criteria and reduce salt and fat content.

As discussed in the groundbreaking documentary The Corporation, this lack of moral responsibility as a company could lead to the conclusion that McDonald’s act in a legally defined ‘psychopathic’ way, characterised by an incapacity to experience guilt, reckless disregard for the safety of others and failure to conform to social norms with respect to lawful behaviours. This leads us to the question of how can we as consumers influence the behaviour of TNCs by making them morally accountable for their actions? The answer lies in political consumption (BG King, 2010); political and ethical motives in the decisions to buy certain products, such as boycotting corporations that use sweatshops or solely purchasing vegan or fairtrade goods. This may force companies to consider their impact on people and the planet in order to sustain their profits: a concept introduced by Elkington known as the Triple Bottom Line (1998). Corporate accountability movements have already had a significant impact on business decision making with the rise of an ethical consideration being present in most business’ mission statements, and the introduction of ‘B Corporations’, for-profit organisations with legally defined goals for positive social and environmental change. Although this has accelerated a global cultural shift towards a new definition of success, there still needs to be a significant change in the political consideration of our buying habits to prevent companies such as McDonald’s reinvesting profits in negative social change.

In 2017, do we still neglect women from politics?
Ecofeminism: The integration of veganism into popular feminist discourse
Why social movements Trump the corporation