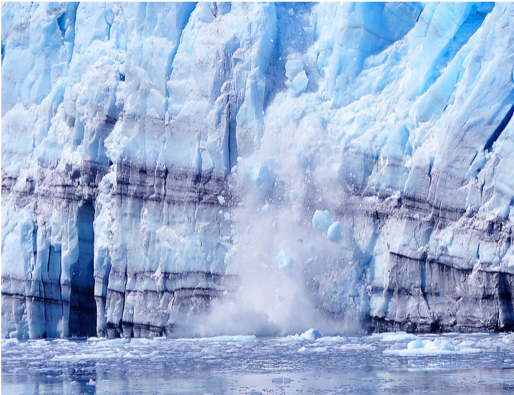 Our lives are now more disposable than ever. In the small, globalised world of fast travel, fast food and fast fashion, everything we own seems to come with un-necessary bits of waste. Levels of production have seen unprecedented increases since the turn of the 19th century; a trend that was spurred on by the mid-century recognition of teenagers as a vast, lucrative market- and this activity has had devastating effects felt worldwide.

Caused by the emission of ‘greenhouse’ gases, the gradual, and seemingly minuscule, increase in temperatures around the world may look insignificant (1.5°C over 130 years), but the extreme fragility of the ecosystem means Earth is vulnerable to each move made by humanity, and trends continuing in this direction would prove fatal.

If we fail to adapt to the changing needs of the environment we could not only exhaust the supply of natural resources that form the cornerstones of contemporary life (oil, coal, gas), but face the more sudden and likely situation of continued destruction of the natural environment to a point beyond repair, as highlighted in The Limits to Growth by Donella Meadows, Dennis Meadows and Jorgen Randers in 1972.

The effects of climate change are fairly commonly known, but what is being done to alleviate them?

The capitalist nature of modern society may mean that as consumers we have more choice than ever, but we have been left with little choice in regards to the fate of the planet. As awareness of the harmful causes and effects has become more common, capitalism has stayed true to its need for constant growth- alongside normal products with wasteful packaging, often there’s a reusable option available (e.g. reusable coffee cups). In this way, manufacturers have admitted some guilt for their actions, whilst managing to profit off luring consumers into a false sense of security, like the one that assures them their use of paper (instead of plastic) straws will save the planet, and they can continue to use their petrol guzzling cars.

It’s pessimistic to dismiss eco-friendly products as all being fads, but we should be realistic about the failure of society to make a better point of highlighting climate change hypocrisy. Manufacturers should not continue to take credit for being ‘green’ if a large amount of their output contributes to the problem. Eco-friendly products are merely just a breath of air in the face of the gale force winds of climate change going in the opposite direction. Whilst they are aiming in the right direction, there is little point in making use of such products if the wider systemic issues are not addressed.

In The Environment: From Surplus to Scarcity, Alan Schnaiberg (2008) puts forward a view of capitalism’s relationship with the ecosystem; he points out that whilst we are able to choose what we purchase, we have no influence over the products there are to choose from, meaning we are forced to accept either one harmful item or another harmful item. Then, it is seen as the responsibility of the individual to recycle. Clearly, though, there would be no need to recycle if manufacturers made a change, and the majority of products put to us were made with clean materials. 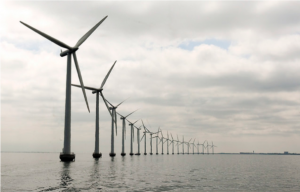 This view has been gathering support over recent years, perhaps most notably in calls for the Green New Deal in the United States, which advocates for a more modern view of climate science by the government whilst enticing capitalists by presenting the construction of new infrastructure as a job-creator, something to be invested in; most significantly calling for an entirely new power supply system that meets 100% of demand through renewable sources. Clearly then, capitalism and a clean attitude towards the future are not wholly incompatible, but carrying on as we currently are is out of the question if we want to secure a desirable future- the Intergovernmental Panel on Climate Change “forecasts a temperature rise of 2.5 to 10 degrees Fahrenheit over the next century.” (Source: https://climate.nasa.gov/effects/)

We should realise that what’s required is more than a small number of electric cars and paper straws (even if these are good for our own conscience) and society should aim to put a halt to the juggernaut of untamed modern capitalism, which otherwise will continue to encourage super-polluters who put wealth accumulation before the long term interests of the entire population.

Does climate change need a sex change?
If we Don’t Save our Planet, we are Killing Ourselves
Climate Change and Capitalism: A Sociological Problem