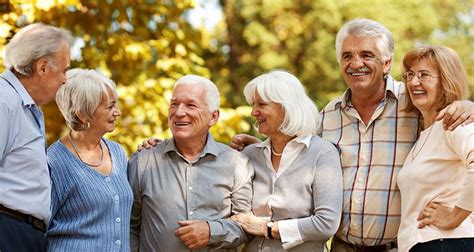 How big an issue is the UK’s ageing population?

The UK’s population is currently ageing at a fast rate, along with many other countries worldwide. In 1997 around one in every six people in the UK were of an age of 65 and over whereas in 2017 the number had increased to one in every five people, and this is expected to continue to rise (Office for National Statistics). As a result of these changes in the UK’s demography, the allocation of economic resources will have to be adjusted accordingly, putting strain on the government as these are stretched ever thinner.

Firstly, what are some reasons for an ageing population in the UK? The percentage of women in higher paid management roles within companies is increasing, this has resulted in a change in our society as women are no longer expected to stay at home and raise children. The opportunities for women to access higher paying jobs and have a successful career are also increasing. These factors are contributors to falling fertility rates, which directly contribute to population ageing as the proportion of older people rises. In 2018, the UK’s fertility rate was just 1.86 whereas in 1970 it was at 2.44 (Office for National Statistics). While fertility rates are decreasing in the UK, mortality rates are also changing; technological and medical advances in recent years have allowed healthcare to improve significantly, meaning that even as people get older the diseases that they may get, for example cancer, are becoming more and more treatable. As well as advances in healthcare, the social care of the very elderly has also improved. This means that the quality of life achieved by the older proportion of the UK’s population has improved, however, only 15% of those aged 85 or over live in residential care homes in the UK (Age UK). These points contribute to the life expectancy within the UK. In 1990 the average life expectancy in the UK was 75.88, this has risen significantly since to 80.96 in 2016.

Secondly, what issues can an ageing population bring to the fore? As previously mentioned, government resources will be affected as larger proportions of money will have to be spent on the older people in the UK. Healthcare problems are among the major issues that the elderly bring about as more and more people will require treatment of diseases and illnesses that are linked with ageing. An ageing population will also require more spaces in hospitals and time invested by the medical staff. Rising pension costs also stress government resources, and this issue is gaining urgency quickly: £96.7 billion were paid out in 2018, which is the largest ‘benefit’ paid by the UK government and amounted to a £1.2 billion increase on the previous year (Department for Work & Pensions). As the UK’s demographic continues to change, the working age population decreases further. This exacerbates the problem, as the taxes collected by the government decrease and one of its largest pay outs is increasing. These points link together to increase the intensity of the contrasts in interests between age groups, as more money is ultimately spent on the elderly and cuts are made to other areas of spending which would benefit younger age groups.

Finally, how can these issues be tackled? An ageing population is somewhat unavoidable. Thee are, however, some government pro-natalist policies that have had an impact on a few countries in Europe whose fertility rates were lower than the UK’s. France for example employed the use of a pro-natalist policy; some techniques used included offering cash incentives to mothers who stayed at home to care for children, subsidizing holidays to make it cheaper for families, and the introduction of maternity leave on near full pay for 20 weeks for the first child and 40 weeks or more for the third child. The policy has not resulted in drastic changes to France’s fertility rates. It is, however, now one of the highest in Western Europe and is hovering around the replacement level of 2.0. As well as this the government could increase income tax allowing increased spending on some sectors, which may have taken a hit due to spending on the elderly. Or the government could raise the retirement age, which would increase the proportion of the population that are still included in the working age population and further increase income tax.

Ageing society in Japan and its political influences
An ageing society- opportunities or challenges?
What can robots do in population ageing?