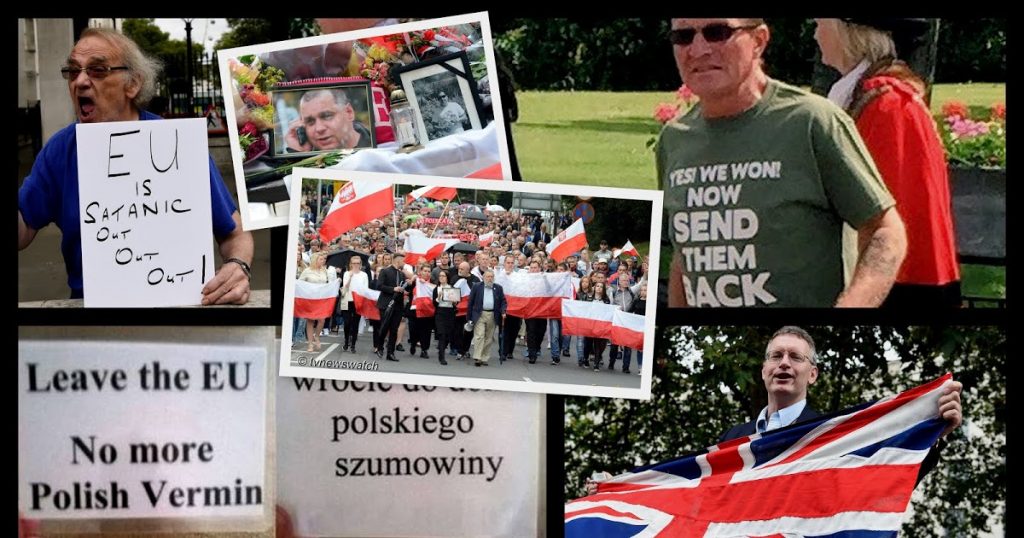 From home to hatred: A story of the Polish migrants

“Today, we are very aware that the implications of the referendum have had extremely unsettling effects for those who have sought not just opportunity, but safety within our country. 2004 brought the A8 migrants to the UK, who filled the much-needed gaps within the labouring market and public services.” (Rzepnikowska, 2018).

The UK welcomed A8 immigrants with open arms, seeking opportunity in their hard-working characters. However, the kind welcome was short-lived and hostility, rejection and exclusion spread through the media and communities. The Polish were given the cold shoulder, and the media entertained this, taking control over of their new label. The use of headlines such as ‘scroungers’ created an overall image that migrants are ‘flooding Britain’, producing a very false and negative stigma (Daily Express, 2012). This obviously left many EU migrants in a state of distress within what was once a place of safety and security. We cannot forget the hard work, determination, and the rights of the Polish migrants who became the most common non-British nationality in the UK. So, the poor treatment and sudden discrimination that has been laid upon them is astonishing.

This post will expose the issues, changes, and acceptance of racialization towards Polish migrants in the UK. It will touch upon the mess of what many call Brexit, and how this has led to detrimental effects upon the Polish community. These events have left them vulnerable in a place they call home.

Another kind of ‘whiteness’

The Polish carried their ‘Whiteness’ to the UK, which originally was seen as a largely desirable trait but this rapidly took a U turn when their representation became distorted through the public’s eye. Migrants were exposed to verbal and physical abuse in the community, work place and within society. It appeared that racial discourses were transforming and becoming socially constructed through seeing a huge surge in xeno-racism targeting those of white eastern European origins. So, are we really talking about racism any more? Or has Britain created new categories to attack and discriminate migrants? (Rzepnikowska, 2018).

All the xenophobia, discrimination, and hatred have been on the increase and more worryingly justified after the events of the referendum. This has cost the Polish community not just their reputation but their livelihoods. Brexit has created an inhumane acceptance of racism and has allowed many to feel it as “legitimized” behaviour (Rzepnikowska, 2018). This truly is unacceptable, but with politicians spinning of their axis, I can’t help but think the public have followed them. It is frustrating that this behaviour is justified with claims that the public are “nostalgics in search of a lost empire” (Virdee and McGeever, 2017). No, the public who carry out these hate crimes are in a state of delirium fed down from higher authority. The obsession with retaining national belonging has led to a spiralling discriminating whirlwind taking out community by community that has collectively brought Britain its diversity (Satnam Virdee & Brendan McGeever, 2017).

The referendum was on the 23rd of June 2016 and at this time racially-aggravated offences had risen by 41 percent. This correlation has become blinding between the rise in hate crime and the decision to leave the EU. From verbal abuse to physical to saying nothing at all, the polish community have been marginalized in a country they call home (Anne White, 2011). Discriminating letters to racially motivated attacks, the Polish have been stripped of their security and safety and left vulnerable with little to none support from outside communities. There is a huge failure in recognising the Polish community are tax-paying citizens contributing huge amounts to the British society and the economy (The Guardian, 2018). It is clear they have been neglected in the decisions deciding their future within the UK.

‘Let’s take back control’ was the slogan of the leavers’ campaign. However, it is an unavoidable realisation that all Britain has really done is lost control regarding the security of their citizens. The drivers of Brexit are longing to reclaim Britain’s ‘Englishness’ but it’s inevitable that this is a lost cause and the outcome is going to be by far very bitter (Virdee and McGeever, 2017). The potential loss of biodiversity looms above Britain and the uncertainty of futures has created an unsettling atmosphere throughout societies.

Collectively as a country it should be a priority to protect the migrants who have sought opportunity and a better life in Britain. We should be rejecting the new forms of discrimination and shutting down new racial discourses rather than enabling them to be legitimized. The rise in hate crime and discriminative behaviour towards migrants should not be entertained by the media, and should be recognised as a serious issue that should be tackled with urgency.

Race and the migrant crisis – a question of protection or rejection?
New migration, same agenda
Is it all black and white? Radicalisation and terrorism in the modern day