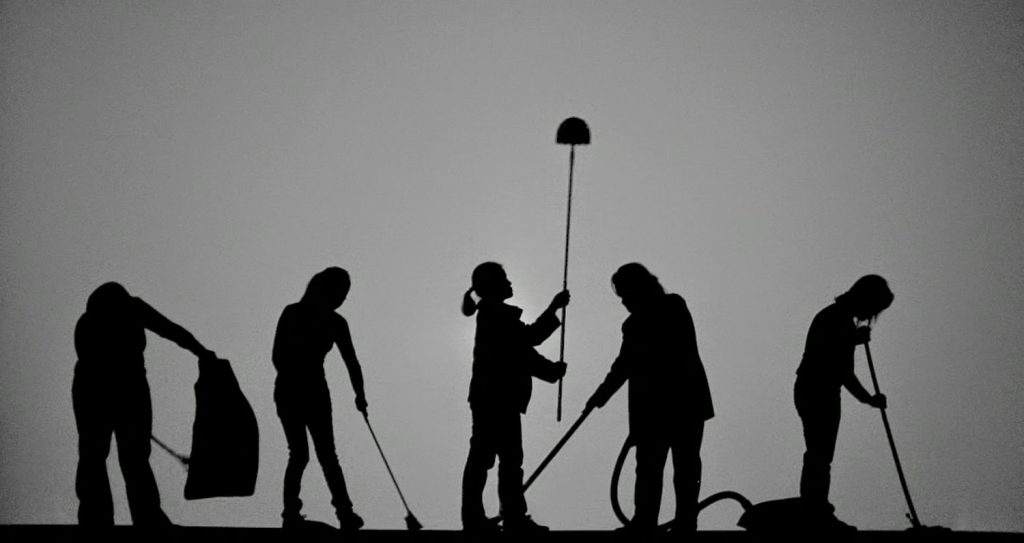 Dirty, demeaning and dangerous: The condition of work for Migrant Domestic Workers

The condition of work for migrant domestic workers is one of the most shocking and disturbing issues of the 21st century, but often little is known about the extent to which they face abuse and exploitation. In a study by Kalayaan, a small charity based in west London, which supports and provides practical advice for migrant domestic workers, found that about 20% report being physically abused or assaulted, including being burnt with irons, threatened with knives, and having boiling water thrown at them. But first, it’s important to establish who migrant domestic workers actually are and what might lead a person to migrate for domestic work. A migrant domestic worker is someone who moves away from his or her usual place of residence, whether within a country or across a border, temporarily or permanently, to work in or for a household or households. There are 11.5 million migrant domestic workers in the world, and a large majority of them are female. There are multiple reasons why a person would migrate to do domestic labour, but one of the main reasons is because there are jobs in rich countries that are often not available to women living in poorer countries, so they have to migrate to rich countries for work. This also links with Arlie Hochchilds idea of ‘Global Care Chains’. This is the idea that there are women in rich European countries entering paid employment and often find themselves unable to fulfil their domestic duties (eg. childcare and housework), so have to employ another woman to fulfil those roles for her, who tends to be taken from a poorer household, growingly from abroad.

In the UK, migrant domestic workers suffer a torrent of abuse. A study conducted in 2017 found that 25% of UK migrant workers had experienced physical abuse, 69% had suffered psychological abuse, and 8% had suffered sexual abuse. This is alongside the same report concluding that 88% had not been allowed a day off and 46% had no bed to sleep on. There have also been numerous reports of workers being denied food by their employers, and ‘being forced to eat scraps of food off the table’. These are no doubt shocking and awful forms of abuse. But why do they occur particularly in migrant domestic labour? Well one of the main reasons people argue is because migrant domestic work happens in the home, behind closed doors so employers do not think they will face repercussions if they exploit or abuse their workers. Similarly, because migrant domestic workers are working in the home of their employer, there are often blurred boundaries of work, so if an employee is a cleaner, they may also be expected to fulfil childcare duties also. This is part of the overarching theme of being subjected to additional demands and extended or irregular working hours. Furthermore, migrant domestic workers are employed in care work which is systemically undervalued to begin with, not to mention that many migrant domestic workers will not know the working practices or average salaries of the place they’ve just moved to so therefore, they are even more at risk of being taken advantage of. There is also the issue of visas for domestic workers from underdeveloped countries being tied to a specific employer, meaning domestic workers have to endure exploitative working conditions in order to keep the job which allows them to legally reside in their country of work.

But the exploitation and enslavement of migrant domestic workers isn’t just happening in the UK, it’s occurring internationally. A report in Qatar has found that female domestic workers are being forced to work more than 18 hours a day and are being verbally and physically abused. An issue that the report also flagged was that domestic workers had their passports confiscated by their employers, which makes it very difficult for workers to flee abuse. Similar findings have been reported in Lebanon where migrant labour workers have been subjected to extreme hours of work and limited days off, acute restrictions of their movement and communication, food deprivation and instances of psychological, physical and verbal abuse. NGO Amnesty International say this is happening because all migrant domestic workers are exempt from Lebanese Labour law and are governed instead by the Kafala system, which ties together the legal residency of the worker to their employment contract with their employer. This means that if the employee leaves, even in cases of exploitation or abuse, they will lose their migration status. This shows that we need to stand up to the abuse of migrant domestic workers on both a national and international level.

The role of race in political and/or media discourses on the migrant crisis.
Hostile Immigration Policies: The Consequences
Migration Patterns in Germany and the U.S.