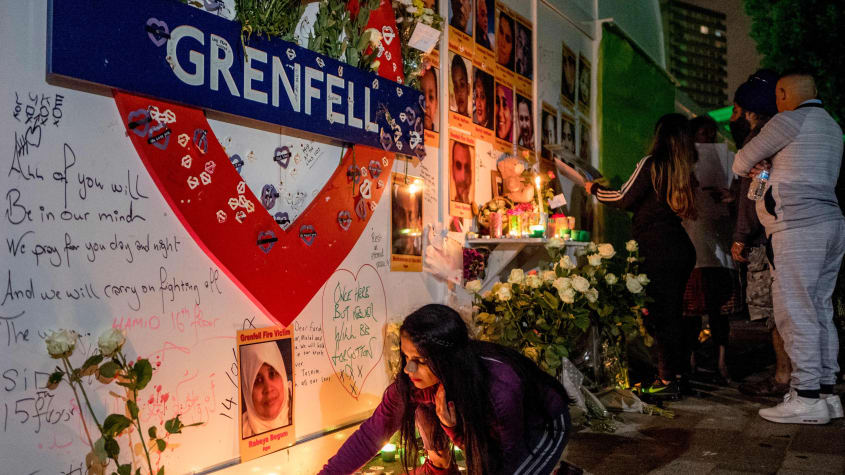 Grenfell: The repercussions of racial capitalism through gentrification

In 2013/2014 London’s Gini co-efficient was 0.444, 3rd on the list of ten least equal cities and towns in the UK. Large, dense, knowledge-based places don’t just reflect inequalities but also help create it.

Racial capitalism refers to giving an individual different social and economic value based on their racial identity. When looking at the Grenfell fire, class division tends to be brought up when in reality it’s an effect of ‘a historical and ongoing imperial terrain’. It is an example of how capitalism can be perceived as racist because it leads to the neglection of migrants by the government and indirect displacement of them from areas due to gentrification.

Marx argued “products are only commodities because they have a dual nature, because they are at the same time objects of utility and bearers of value”. Housing is now seen as a commodity more than ever before due to the increase in globalisation and financialisation. Social housing has significantly decreased to being only 6.8% in 2016 in comparison to 29% in 1979. When Thatcher came into office, neoliberal urbanism changed the way that housing was seen. There was a desire to implement the ripple down effect in regard to housing; this refers to how the majority of housing available is only affordable by wealthier people and only a select few can be taken up with low-income families. When gentrification occurs in an area it directly impacts the housing. Property prices tend to rise when demand for housing increases in a neighbourhood. This means an area will become a property hotspot. Previously, housing stock that was of low quality would have been rented cheaply to lower-income groups but now it is sold to private buyers when the value begins to rise because of the gentrification. This often leads to economically vulnerable residents moving out of gentrifying neighbourhoods and ending up in higher-poverty neighbourhoods with more crime and worse schools. The majority of children who live above the fourth floor of tower blocks in England are black or Asian — in a country where 82% of the population is white, which makes this particularly alarming.

The commodification of housing and increased gentrification becomes dangerous because it does heavily impact migrants through neglect. A large number of Grenfell victims and ancestors had fled the lasting consequences of colonisation and economic decline in their countries that were imposed on them by the Global North. In June 2016, one year before the incident an independent Fire Risk Assessment was made which highlighted more than 40 “high risk” issues within two to three weeks. More than 20 of these issues had been ignored by the Kensington and Chelsea Tenant Management Organisation which therefore conveys how the residents were being neglected. After the incident Theresa May failed to visit the survivors impacted by the fire straight away which conveyed her lack of care. At her resignation speech she spoke about how the office can ‘fight the burning injustices that still scar our society’ which was unacceptable due to her inability to address the survivors as well as prevent it from happening.

Furthermore, census data from 2011 highlighted how only 61 per cent of residents in Kensington and Chelsea have a UK passport, the lowest proportion of any local authority in England and Wales. Whilst this data may suggest that the area is diverse and welcoming to migrants, after the fire, the government rehoused survivors in ‘St Edward’, a multi-million-pound development in Kensington, which created a moral panic amongst the residents of the development. They believed that regardless of the tragedy, they should not be relocated there as it would not be just considering how they have worked hard in order to live in such luxury. This is further exaggerated by the ‘ownership model’ in housing, which is when an individual is entitled to automatic legal and cultural protection from the intrusion of others due to them owning a given space therefore allowing them to exercise “quiet enjoyment” of the area. “They should be in a place where they are happy, but not here. I don’t want them here” highlights the attitude towards residents in social housing such as those impacted by the Grenfell tower fire.

Grenfell fire was preventable. The government failed the families impacted by it before, after and during the fire. Many survivors have been moved to new homes far from where they previously lived, lending further weight to critiques of social cleansing. There was no acknowledgement of how gentrifying areas has indirectly impacted marginalised communities and if this continues, inequalities will continue to thrive and tragedies like this will become more common.

One and a million
Who are the real victims of Racialisation?
The Childhood Poverty Crisis in the UK