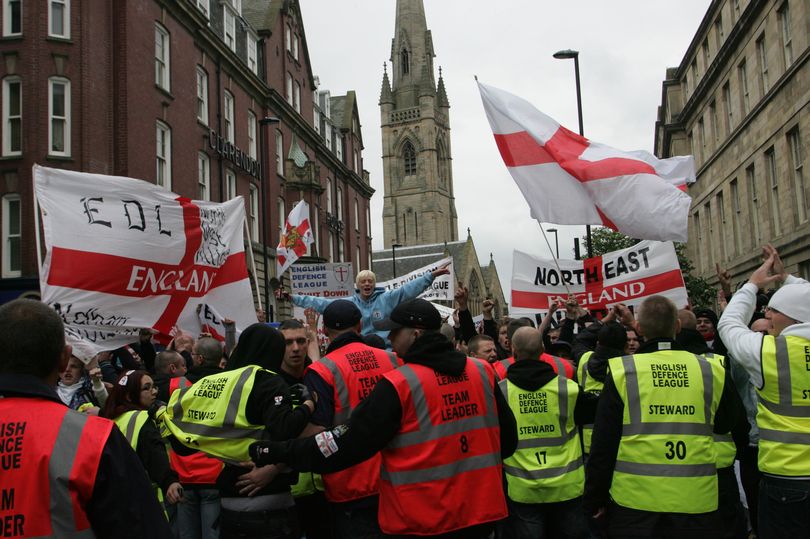 This is the harsh and sad reality of life for many Muslim immigrants today.

A combination of racism, ignorance and ‘poor police responses to hate crimes’ leaves the Muslim migrant community very vulnerable- especially with the looming deadline of Britain’s official EU departure. The Muslim community lives in fear of Islamophobic British nationals seeking revenge after an unrelated terror crime occurs (e.g. London Bridge Attack June 2019). In wake of the 2016 EU referendum, there was a 457% rise in anti-Muslim incidents, but this horrific figure is dwarfed by the 700% increase in anti-Muslim crimes after the 2017 Manchester Arena terror attack. After the bombing, attitudes towards Muslims in the area took a violent turn; whilst on his way to treat victims at the Salford Royal Hospital, one Muslim trauma surgeon was racially abused and labelled a ‘terrorist’ . In another incident, a man on his way to donate blood to victims had a passenger threaten to ‘happily kill him’ whilst another on the bus screamed ‘terrorist’. Attacks extended to the children of the community, with a gang of ‘at least 15 white boys’ beating and stamping on a fourteen-year-old child in an unprovoked attack. ‘Revenge’ terror attacks also spike in wake of these incidents, for example D. Osborne’s attack on Muslim Worshippers at Finsbury Park Mosque, or, when looking at global attacks, the New Zealand Christchurch shooter, who spent years meticulously planning his horrific, murderous crimes with the goal of maximising causalities.

Today we see a strong cyclical connection between the Middle East’s refugee crisis and Europe’s growing Islamophobia- as various conflicts in the region continue, the refugee crisis perseveres and Europe will continue to face an influx of immigrants, therefore spurring anti-Islamic sentiment on the continent. The Chatham House report is the perfect example of Europe’s Islamophobia; an average of 55% of people across the 10 European countries surveyed wanted all future immigration from mainly Muslim countries stopped, despite the desperate needs of those in the (predominantly Muslim) War-torn Middle East. With 47% of the British public opposed to further Muslim immigration, and, a further 55% believing there is a fundamental clash between Islam and the values of British society- the strong anti- Muslim British sentiment is clear.

Yet, what is driving this?

There is a plethora of reasons behind British Islamophobia. 2015 marks a key year of refugee and migrant influx, with over 1 million seeking refuge in Europe. Over 75% of those arriving in Europe were fleeing from conflict and persecution in Syria, Afghanistan or Iraq (all predominantly Muslim countries). During this time, Britain saw the popularity of Islamophobic jingoist forces rise, such as the BNP and the EDL. The anti-immigration BNP’s policies state they want “No amnesty for illegal immigrants”, “Rejection of all asylum seekers who passed safe countries” and all further immigration stopped until the “two million plus” illegal immigrants are “deported”. The BNP also stated that immigration resulted in ‘ghettos’ in many towns adding to the threat of ‘Islamisation’ and ‘Terrorism’ – despite the majority of Islam extremists being of Western decent . It’s not just far-right groups, Islamophobic language is also rampant in media, with de-humanising metaphors like ‘swarms’ and ‘floods’ reining as crucial scaremongering metaphors. This casual islamophobia doesn’t just frequent the Daily Mail/Star, but has been used by influential figures, such as Cameron in 2015 and even the politically ‘neutral’ BBC. Social media is another strong proponent of growing Islamophobia, with a common misconception that immigrants are ‘stealing jobs’ and boats carrying asylum seekers are ‘bringing in terrorists’. These anti-Muslim immigration social posts’ popularity skyrockets after a Islam-extremist terror attack occurs – with the wildly incorrect and insensitive ‘not all Muslims are terrorists, but all terrorist are Muslims’ frequently shared- ironic as Islam extremists have only contributed to 6% of US terror attacks. One user, A. Riachus wrote: Immigrants, in particular Muslims, “cannot respect our culture and history and traditions, then they should get the f*ck out of OUR country!!! … It is especially the Muhammadans who are such an exception and huge danger”. People with this mind-set are the real danger.

It is clear the British media, politicians and majority of the public demonises the Muslim migrant community, despite almost half of all religious hate crimes in the UK being perpetrated against them. Muslim immigrants are often feeling their war-torn country to provide a better future for their family, and are faced with racism, abuse and hatred. The British nation is a supposedly friendly and welcoming one, yet we treat immigrants inhumanely and with blatant racism.

So ask yourself who is the real threat to British moral standards?

Free movement: Has policy making and the media lead to racialization in the UK?
Hostile Immigration Policies: The Consequences
The Impact of the Past: How British Colonialism Affects the Modern World