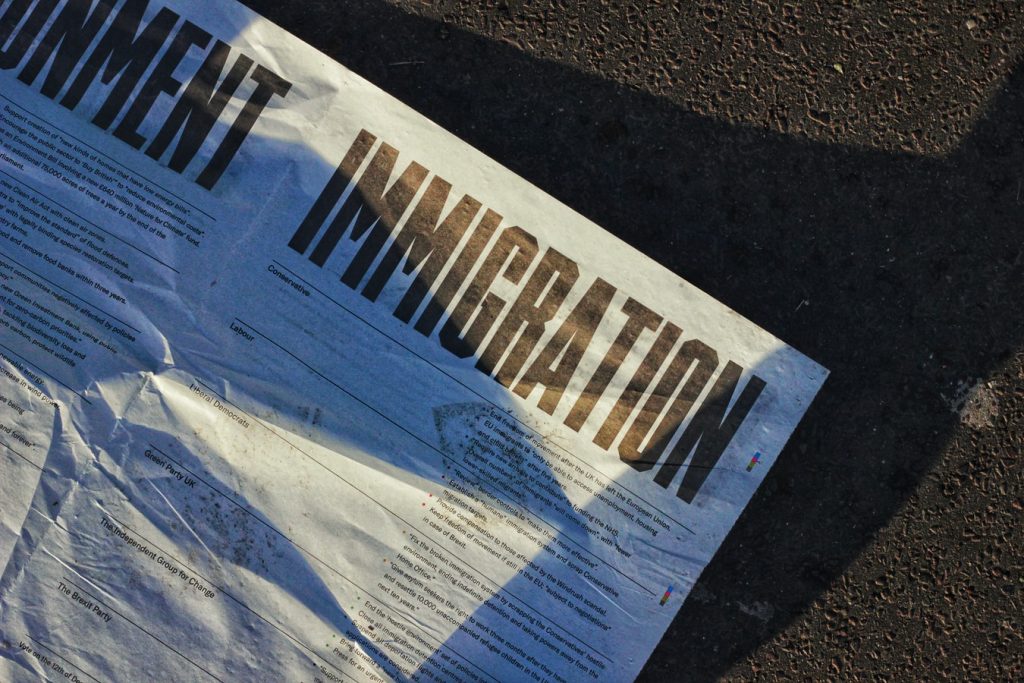 Debunking the Scare of Migration

Nothing scares the local, mindless football hooligans more than people “coming into our countries and taking our jobs”.

But.. how detrimental is migration on today’s society really? The answer: the positives of migration far outweigh the negatives. While it may seem easy to base your opinion on migration through information provided by the media, I aim to dive deeper and express why this is a BAD idea.

Migration is not a new concept

Contrary to much belief, migration is not unique to modern day. The notion of migration being a modern entity stems from tragedies such as 9/11 and the “2015 migration crisis”. HOWEVER, migration originated as long as 1.75 million years ago, with humans travelling from Africa to then called “Eurasia”. Many now fail to differentiate between Migration and Globalisation, the latter bringing severe changes to how people migrate.

Globalisation and its influence on Migration

Globalisation is “the increase of trade around the world, especially by large companies producing and trading goods in many different countries”.

What are the features of Globalisation?

So… how does Globalization have an impact on Migration?

EASY. Globalisation basically means that society is becoming interconnected worldwide. A world with better transportation, a diverse range of cultures and a never ending population increase is perfect for Migration.

When discussing Migration, a key phrase is “push and pull” factors. It’s simple, a “push” factor is a reason one is pushed away from their own home, and a “pull” factor is a reason in which one is persuaded to move to a certain place. Push Factors can range anywhere from war to family issues, where pull factors can include improvements such as weather.

GLOBALISATION has led the list of push and pull factors to become a lot more extensive and personal to the individual. This is due to the amount of culture which is spread worldwide.

No matter where you’re from, there is always going to be a mixed reception towards Migration. It’s completely inevitable.

But who are they? According to the UN: “A migrant is someone who changes his or her country of usual residence”.

But the key to modern migration is the stigma against it

The reason this Stigma is so interesting is due to the Stigma being different for each individual migrant. Migrants aren’t all summed up together and thought of the same. Their original country, gender etc.. all play a major part in what is called “The figure of the immigrant” (Paul Gilroy).

As a society.. we tend to remove the “citizen” label and attach the “migrant” label towards Migrants. To many of you, that sounds obvious. Why wouldn’t we think of migrants as “migrants”?.

The truth is.. the label has become a target for hate crime, and allows segregation to happen.

“About 13% of the foreign-born population said that they had been insulted because of their ethnicity, nationality, religion, language or accent”.

Those fleeing poor countries in hope of a better life, ironically are the people who receive the most discrimination from the British public. Ask yourself: do you think of migrants from countries such as Syria, India, Jamaica, Poland differently to those from places such as America, Australia or France? The probability.. Yes.

That feeling is the constant conditioning from the Media. Those from richer countries are integrated into society as a citizen, as a fully-fledged member of the British public. Where to some, those fleeing poorer countries are seen as scroungers and a drain on the systems in the UK.

How are migrants controlled and monitored?

On a slightly more technical side.. it’s important to note the difference between the limitation of travel amongst different things.

For example, profits in a globalized world, freely move from country to country. Yet, PEOPLE.. are restricted by borders and legislation in different countries. Governments have deportation powers and legislation which strips the humanity away from migrant and there continues to be borders with guards where many migrants face extreme hostility.

A really important event to look at is that of the Immigrant Crisis of 2015. This was a severe rush in the movement of Migrants from war ridden countries such as Syria and Afghanistan. A crisis like this really highlights the control and limitation of movement from around the world.

As a society, we get desensitised to the total destruction in other countries. We turn them away, and naturally forget. Migration remains an issue so misunderstood, and until we are taught correctly.. this Myth of migration will continue.

Migration and the war on race
Are migrants the crisis or result of a crisis?
Climate change and migration: how the media presents climate migrants as the ‘other’