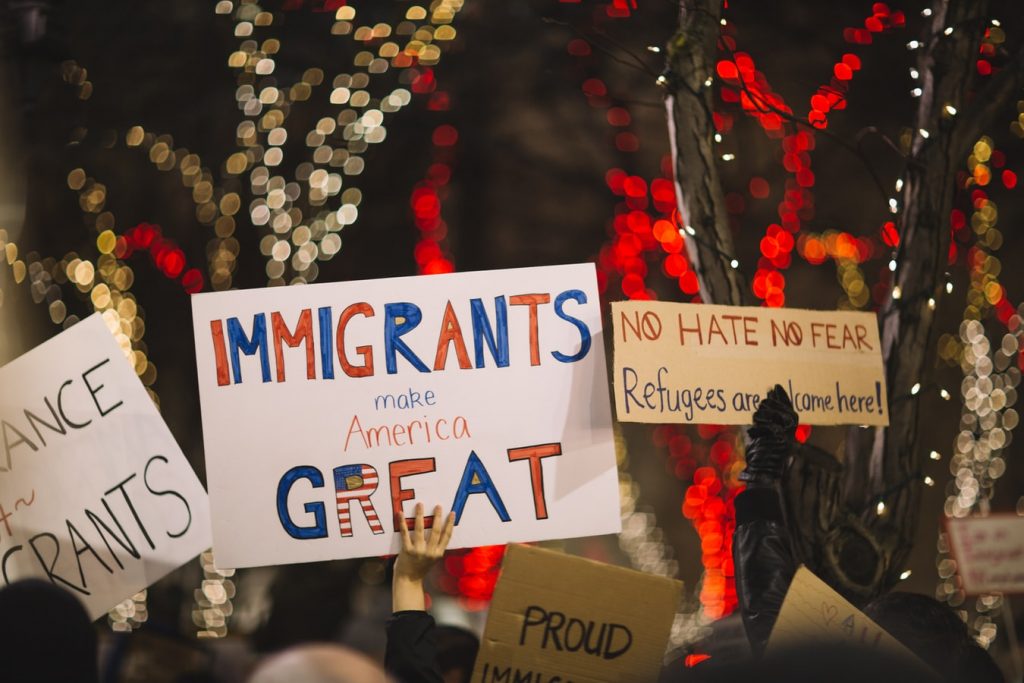 One of the Challenges Facing Contemporary Immigrants: Tagging

On Twitter, people use hashtags to summarize events concisely. We can usually get new information by browsing popular tags. However, using simple tags to generalize a group often loses information. If people label different immigrant groups, things will get worse.
According to the latest World Migration Report, transnational migrants account for about 3.5% of the world’s total, about 272 million people. If you compare this data with previous years, you will find that both the proportion and the number are on the rise. The issue of immigration is already one of the key global issues and will maintain this status for a long time. Therefore, a more suitable environment for immigration is necessary.

Modern immigrants have obvious ethnicity. This point has a greater correlation with population transactions in colonial history. African immigrants are among the iconic groups. Through triangular trade, African natives who were slaves were sent to the American colonies in large numbers. The discrimination against blacks largely originated from this period of history. As we all know, the process for blacks to fight for equality is long and difficult. And it is still a big problem for immigrant countries headed by the United States. For example, the protest march with the theme of “Black Lives Matter” some time ago shows that racial discrimination is still the key to immigration issues. Labelling certain races is not conducive to immigrants living comfortably in the new country.
The national background is also a major obstacle to immigrants’ integration into local communities. Facts have proved that “from which country” is also a tag affixed to immigrants.

Take the Chinese immigrants as an example. Starting from the Red Creek Massacre in Indonesia, large-scale violent anti-Chinese incidents have occurred successively in the US, Australia, Mexico, the Korean Peninsula, India, and other countries and regions. Because businessmen account for a large proportion of the Ethnic Chinese, and the overweight concept of the family clan makes their social participation insufficient. The Ethnic Chinese are usually plagued by the label of “rich but cowardly”, which makes them the preferred target of some criminals for robbery. What is more serious is that they lack a sense of social presence and discourse power, and they cannot fight for their own group’s rights in time. Besides, because of the expansion of ideological conflicts, the masses of many countries have passed on their negative views of China to the Ethnic Chinese. Regarding the tag of the former motherland, to a large extent, it affects the living conditions of immigrants in their current residence.

Because the cultures of immigrants and aboriginals are often different, it is difficult for both parties to quickly and comprehensively understand each other’s cultures. Currently, finding the corresponding label becomes a simple and fast method. But please note that this approach violates the essence of culture. A flat, single tag cannot be a shortcut to understand the full picture of culture but will cause many misunderstandings.

Taking the 9/11 terrorist attacks in the US as a landmark event, after a series of terrorist attacks, Muslims who believe in Islam have become “dangerous people” in the eyes of many Western countries. But there are factions within Muslims, and their doctrines and living habits are quite different. If Muslims are equated with terrorism, then it is undoubtedly a cultural shackle. Tags greatly shape people’s perception of the unknown and may distort it.

Through racial discrimination, national prejudice, and cultural misunderstanding faced by immigrant groups, we can learn that the integration of immigrants into the local area is indeed full of challenges. Essentially, the right to speak in the world today is still controlled by a few countries, and these countries can define the “good or bad” of immigrants according to their preferences. Some scholars point out that immigration is still in the old racist and colonial structure. This structure has deeply affected their new identity, including self-identity and the identity of others. In the long run, labelling immigration will lead to a vicious circle, which is not conducive to social equity and development.

In summary, refuse to label when facing immigration issues. Immigration is essentially a choice for individuals, a yearning for a better life. It is also a concept related to human rights. As ordinary people, please be less prejudiced and have more patience for mutual understanding. At the national level, it is time to throw away decadent racism and colonialism.

Grenfell: The repercussions of racial capitalism through gentrification
Refugees' Fate During a Pandemic
Global Migration: The Global North’s a saviour?