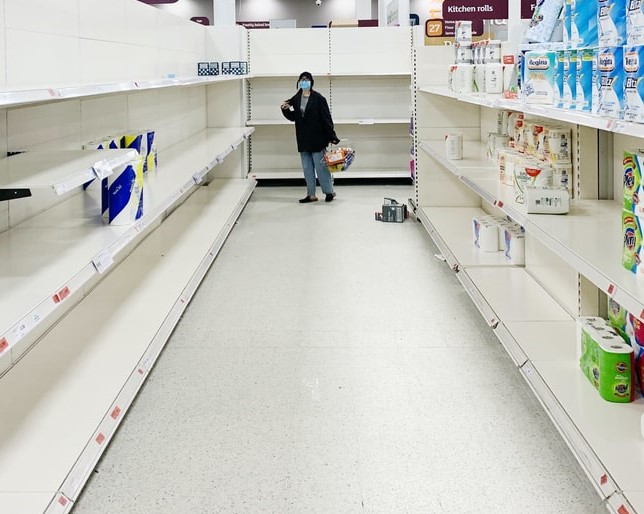 This year has highlighted to everyone that inequality continues to be a major problem. While thousands of people in the UK have lost their jobs or been furloughed as a result of the coronavirus pandemic, and the demand for donations to foodbanks has increased, the wealthiest people in society have continued to witness an increase in their wealth.

As the Guardian illustrated, using a report from Swiss bank UBS, the richest people in the world enjoyed a 27.5% increase in their wealth during the months of April to July. Meanwhile, a large proportion of the population were dealing with job losses, leaving them with no income at all or a reduced income. The number of emergency food parcels rose by 89% in April, with a 107% increase in food parcels sent to children, as many were unable to obtain an adequate quantity of food to consume for themselves and their families during this extremely difficult time. Children have been hit particularly hard, an issue highlighted by footballer Marcus Rashford’s campaign for the food voucher scheme to be extended for children receiving free school meals. Thanks to his campaign, the government was forced to make a U-turn and extend the scheme not only for the summer holidays but also the autumn and Christmas holidays. This scenario indicates to all of us that there is an increasing gap in inequality and that it is an issue which needs to be sorted out.

Wilkinson and Pickett, in their book: ‘The Spirit Level’, point out that inequality could be used as a way of explaining other social ills. These include levels of trust and children’s educational performance. Using the school food voucher scheme as an example, the government had originally refused to offer help to those who were in desperate need of it and this led to an increase in distrust between the government and those affected. Such a breakdown in trust causes there to be a bigger divide in society between those who are well off and those who are not. From this, more problems for society could begin to occur, such as a rise in crime. This is because for the people who are being impacted the hardest by the increase in inequality, the bonds between them and the government are broken and so they start to care less about breaking the law.

In addition to levels of trust being affected, inequality also has a negative impact on the educational performances among children. This is because, if families are unable to afford the resources that are needed to boost a child’s education, the student starts to struggle with keeping up with the work and then falls too far behind to be able to catch up, which can cause damage for their future. This was particularly noticeable in the case of the pandemic this year. Due to all learning having to be put online, this caused a strain on the families who couldn’t afford computers, or whose living arrangements were not an environment for working, e.g. they did not have the space to work or they lived somewhere with no internet or an unstable internet connection. A problem then arises of the children in these circumstances being able to access their schoolwork, getting help with their schoolwork as they may not be able to search for the answers or contact their teachers or friends for help, and completing their work in order to not fall behind. All of this means that their educational performance suffers and this will have an impact on their ability to find work in the future. As a result, they are at risk of being stuck in a cycle in inequality.

Solutions must be found

As already mentioned in the beginning, there has been an increased use of foodbanks this year. A number of charities, such as Child Poverty Action Group (CPAG), as part of a temporary solution to support people, called for the funding for local authorities in England to ensure that grants would be distributed quickly to help people. This is an example of solutions trying to be found, but there is a lot more that needs to be done.

The problem of class in the age of globalisation
Time’s up: Here’s to breaking silence and saying ‘me too’
Should ‘International Mother Earth Day’ be called something else?