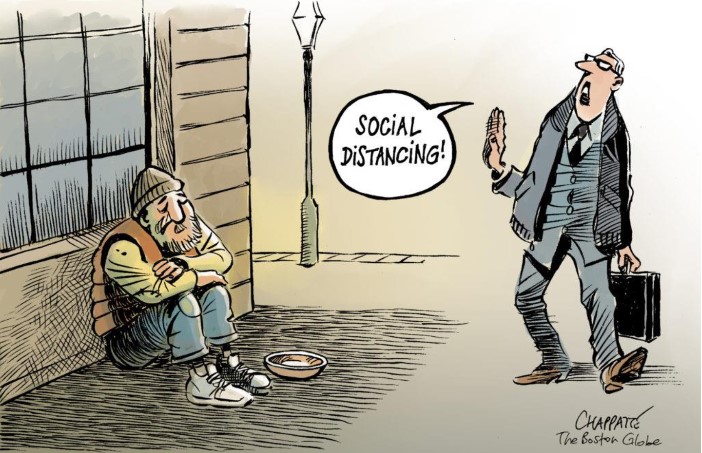 How Has Covid-19 Impacted Global Inequality?

The coronavirus pandemic has brought to light the extreme inequality around the world, both globally and nationally. COVID-19 has spread to every part of the planet, leaving no group unaffected by it. However, based on their income, gender, race, and nationality, some people have faced far greater challenges than others.

As the pandemic progressed, education and work moved online when the circumstances allowed it. And while developed countries had the resources to implement this measure, least developed nations fell dramatically behind them. The ‘digital gap’ is especially evident in South Asia and Sub-Saharan Africa. Furthermore, considering that a large proportion of people in developing countries work in the informal economy, getting financial support from the government during the pandemic is not an alternative. This can be linked to Wilkinson and Pickett’s theory that inequality in developing countries concerns essential living standards much more than in advanced countries (Wilkinson and Pickett, 2010, p.30). According to the UN World Food Programme, the population affected by severe hunger will rise to the whopping 265 million, and countries, such as Yemen and the Democratic Republic of the Congo, which were already in a state of humanitarian crisis, will face the harshest impact.

And while the pandemic is pushing millions worldwide into destitution, a particular group of people has benefited enormously since the beginning of it  – the estimated net worth of global billionaires has increased from a little under 3 to 3.8 trillion dollars in the months between March and October. The majority of them, for example Jeff Bezos (Amazon) and Mark Zuckerberg (Facebook), are owners of the biggest US tech companies.

Although America  is one of the richest and most advanced countries, the impact of the coronavirus there has been far from negligible, which begs the question: How can one of the world’s biggest economic powers be so gravely affected by the pandemic? With such economically differentiated society, the American example proves the theory that inequality within advanced societies is far more destabilising than poverty itself (Wilkinson and Pickett, 2010, pp.15-30).

While the US are not the only example of this trend, it certainly has been the most evident. It has highlighted how different healthcare systems tackle the COVID-19 crisis. While other developed countries like Germany, Canada, and Sweden have also suffered from the pandemic, it seems that they have coped more efficiently due to universal healthcare systems.

Joseph Stiglitz, a recipient of Nobel Memorial Prize in Economic Sciences, has argued that the pandemic will exacerbate global inequality. He warns against the aftermath effects of the pandemic if the core principles of global economy and cooperation do not change. However, as an increased number of countries prioritise national interest over international collaboration, implementing a radical change for the better seems near impossible.

Whether that will be the case during the future course of the pandemic is not clear, but it will affect how poorer countries cope with it. As vaccine trials around the world have moved to phase 3, questions around global vaccination have persisted. Most of the trials are carried out by developed countries and some leaders have expressed the intention to distribute the vaccine on a national level first. If that happens, poorer countries, which rely on global cooperation, might be the last to carry out large-scale immunisation. The cost of a future vaccine could pose even greater limitations on developing countries.

At this stage of the pandemic scientists can not be sure if it will truly aggravate global inequality. No one can predict the end of the crisis, nor do institutions have sufficient and reliable data to claim that COVID-19 will deepen disparities between richer and poorer countries. In a recent interview, Sir Angus Deaton, the 2015 winner of the Nobel Economics Prize, argues that the pandemic might alleviate global inequality. [vii] Due to emerging patterns between higher death rates in richer countries and lower ones in poorer nations, it is possible that the world will become more equal in the long run. But as Deaton himself states, patterns change and hard data to prove this hypothesis will not be available anytime soon.

With so much uncertainty around the pandemic, one conclusion seems to persist – the global community was not ready to face a crisis of this magnitude.

Conservatives, prioritising the economy and the resulting homeless crisis.
Inheritance tax exemptions perpetuate inequality: here’s why they must end.
Taking the wall street bull by the horns