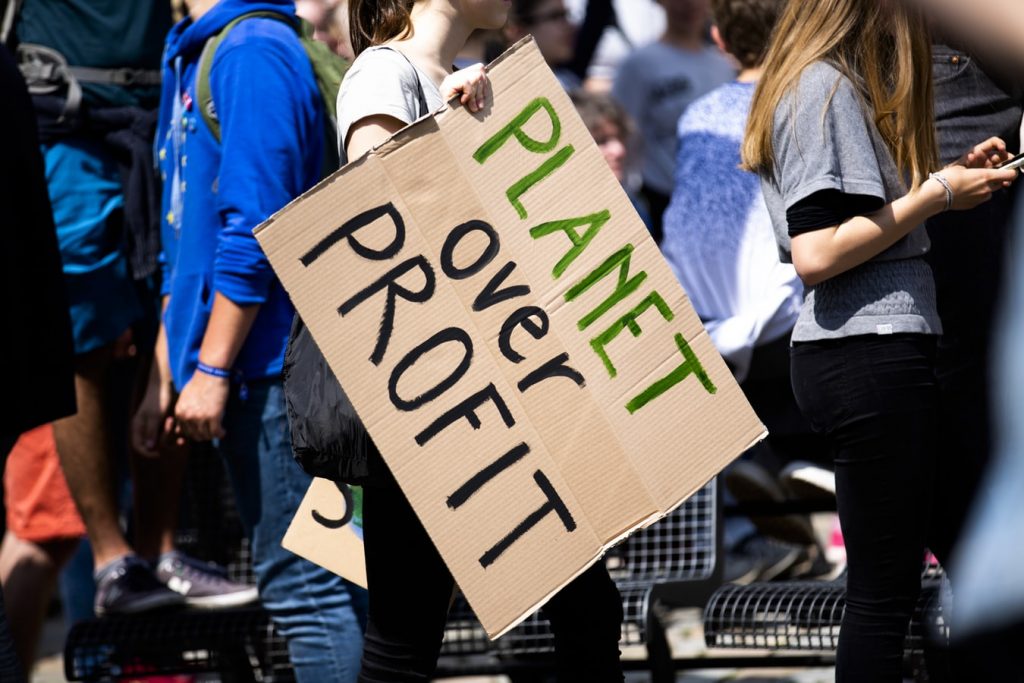 Is the Fundamental Cause of Climate Change Capitalist Economic Growth?

With the progress and development of society, global climate change is a problem we have to face. This environmental problem has become the focus of public opinion in contemporary society, stemming from its increasing severity, while threatening the global human civilization and all species on earth. At the same time, It is undeniable that in modern times, the explosive growth of human production and social activities is the reason for the growing intensity of climate change. Consequently, for human beings, we inevitably have to mention capitalism.

First of all, what changes has capitalism brought to us? Marx and Engels (1824) claimed that the material wealth created by capitalism in the 100 years after its emergence exceeded the sum of all previous times. This is enough to show that the rise of capitalism caused the explosive growth of productivity, whether in industry or agriculture, more new technology and human resources input, and participation in social production and activities. At the same time, according to the theory of the treadmill of production, Gould, Pellow, and Schnaiberg (2003) argued that The relationship between production and ecosystem is direct. From the exploitation of resources, the establishment of factories, or the application of chemistry in industry and agriculture, the human society and the ecosystem interact during the production activities. With the establishment of the capitalistic system, the growth of population and productivity is inevitable. Therefore, Just like the greenhouse effect, human production, transportation, and social activities will bring more greenhouse gas emissions, such as carbon dioxide and methane. In the natural cycle, climate change is a very long process, and human beings are also flourishing in the relatively stable ecological environment of 12000 years. But in the centuries since the advent of capitalism, massive anthropogenic emissions of greenhouse gases have directly exacerbated and accelerated climate change, further contributing to the melting of the Antarctic ice sheet and the frequent occurrence of extreme weather events. Most of the time we think of the earth as a whole, but it’s made up of a lot of complex systems that interact with each other, and one of those variables, like temperature, if it exceeds a certain level, the stability of the whole system will be disrupted.

Consequently, are all the causes of climate change simply due to the development of capitalist and capitalist economies? According to the limits to growth, the growth of population and economy was inevitable. The emergence of capitalism is to achieve and adapt to a new level of productivity by new production models. Therefore, we cannot simply attribute the causes of climate change to a system, just like the contrast with socialist countries, according to ChinaPower (2020), China has the world’s largest carbon footprint since 2004, accounting for 28.5% of global carbon dioxide emissions in 2018. Should we also say that socialism is the fundamental cause of climate change? As we have known, the system will not have a direct impact on the environment and climate. However, for capitalism, Polychroniou (2018) pointed out that The accumulation of capital is everything. Capital does not care about the earth and its residents. In order to maximize profits, capitalism will not hesitate to creatively destroy the earth and constantly expropriate the natural environment, which is considered as a free gift to capital. It is precise because capitalism only pursues profit and capital accumulation that it is easier to destroy the entire ecological environment, and the fact is the same. Therefore, capitalism needs to be better constrained by society, whether it is social norms or even government legislation.

To sum up, capitalism and the development of its capitalist economy are one of the fundamental causes of climate change indirectly, however, just as we cannot deny ourselves, nor can we say that our human existence is wrong. As mentioned in the theory of the limits to growth，human civilizations can avoid the disorderly collapse through a smoother transition and planned adaptation. For the climate change, Human beings can no longer escape and we should do our best to develop our economy while maintaining a small impact on the environment, and we need to repair the damage that has been caused so that the environmental problems that are now out of balance can be brought under control.

The global justice movement and the rise of veganism
Corporate Capitalism: How corporations are pulling the wool over our eyes.
The Climate Crisis uncovered: who is really to blame?