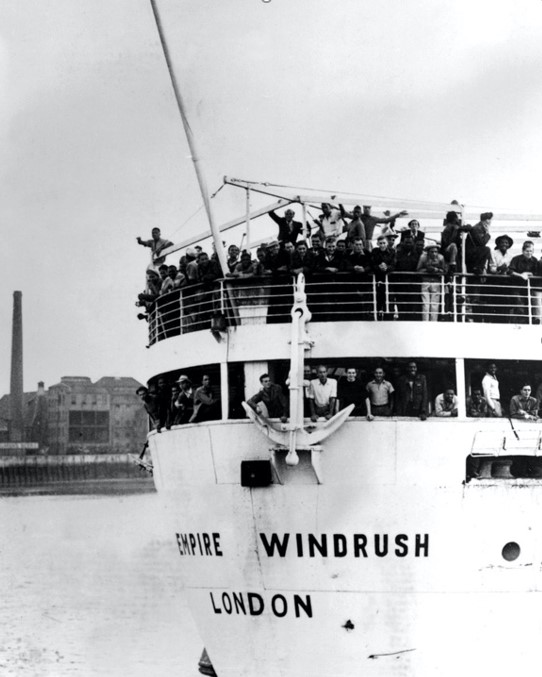 Inequality remains extremely common in the modern, interconnected world we live in today. It is vital to explore inequality at both an national scale as well as at a global scale through both relative and absolute measurements of inequality. Exploring inequality as a social disparity allows us to consider how unequal treatment via media coverage of minority groups is an example of racial inequality. Arguably technology has led inequality to become increasingly multi-dimensional and complex, due to the interlinks with national laws (e.g. regarding migration) and the influences of media coverage on societal opinion and action. The development of technology and roll of the media today, has resulted in inequality through the way that people of colour are reported using prejudice and creating stereotypes. Covert racism has become intertwined with today’s mainstream media, which can be argued to help sustain racial inequality rather than decrease it.

Racial Inequality is a multifaceted issue spanning across the world, throughout national borders. Quantitative data enables researchers to acknowledge inequality through a statistical viewpoint enabling them to notice the extent of racial inequality in specific areas through combing a spatial aspect to the study. Whereas, qualitative data can introduce the idea that individuals (recipients of racial inequality) have a say in how it feels to be a person of colour in the society. The economic dimension of inequality has historically been the focus when exploring racial inequality. Until recently, policy processes and opportunity to produce wealth were neglected as factors that result in differential life chances (L.Oliver and M.Shapiro, 2001, pp.222–224).

Nevertheless, it can be observed that personal accounts of how someone perceives racial inequality is often overlooked. This is especially the case in the UK where its’ colonial past still has a significant influence on what is taught within the compulsory school curriculum to this day. It is argued that by teaching this history from a young age, people would grow up and understand that former colonies arrived in the UK as citizens not as immigrants (Goodfellow, 2019).

The lack of context behind aspects of the United Kingdom’s history has led to generations being raised through a colonised education system, which has arguably led to media coverage intertwining unconscious bias within its content. The outcome of this is that a warped coverage of minority groups is developed by society, due to the combination of misinformation and passive absorption of news. However, it should be noted that recent growth in activism surrounding changing the outdated curriculum in the UK has led to a petition forming to raise the issue in Parliament – a promising sign for change.

Yet how promising is this when these issues are paralleled by other nations? The United States of America are also guilty of producing media that influences racism within society. Specifically, the case of the Exonerated 5, where five African-American and Hispanic boys, between the age of 14-16 , were wrongly convicted of the brutal rape and assault of a White woman. This case illuminated the extent to which language selected by the media has an influence on perceptions of minority groups. Media coverage immediately manufactured language that dehumanised the five suspects, referring to them as ‘wilding teens’ and a part of a ‘wolf pack’. The rhetoric used provides insight into how young people of colour are viewed as animalistic creatures before human beings.

This example incorporates the link between racial prejudice and stereotypes, and inequality of people of colour. Furthermore, the central park jogger case is fascinating because in 2014, the five who were wrongly convicted were paid $41 million to settle the lawsuit. This raises the idea that on an individual scale, people of colour in the US can be economically equal to their white counterpart but looking at social factor’s inequality is still prevalent today. Nonetheless when observing racial inequality within the US from a broader perspective, it is crucial to understand that this is a specific example and it that does not represent the reality of racial income inequality nationally. Instead, Black and Latino people in the US are dramatically underrepresented within the Fortune 500 CEOs, with ‘just four Black and 10 Latinos – less than 3% of the total.’, whilst the US population is made up by 31.7% Black and Latino people (Inequality.org, 2019). 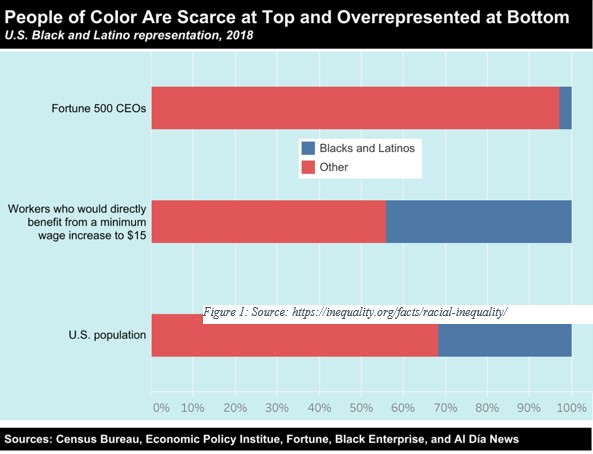 So how can we undo the disparities across the world? Inequality cannot be resolved overnight, neither by a singular global solution. Instead, each individual nation must engage in various strategies that address the root causes that continue to sustain national rates of inequality. More specifically, national policies and history, as well as the media influencing public perception. It is evident that reducing racial inequalities can be achieved by altering national policies and laws, but the full extent is yet to be identified. Yet whether nations want to decrease their disparity is another topic. This is due to profits and economic development that are gained by exploitation of racial groups, as slavery within the United States of America arguably highlighted this most glaringly.

Goodfellow, M. (2019). Put Britain’s colonial history on the curriculum – then we’ll know who we really are | Maya Goodfellow. [online] the Guardian. Available at: https://www.theguardian.com/commentisfree/2019/dec/05/britain-colonial-history-curriculum-racism-migration [Accessed 6 Nov. 2020].

There is no shame in asking what ‘radicalisation’ means in a society that’s seriously confused.
Who are the real victims of Racialisation?
Us and “them?” --- A racism against the familiar: