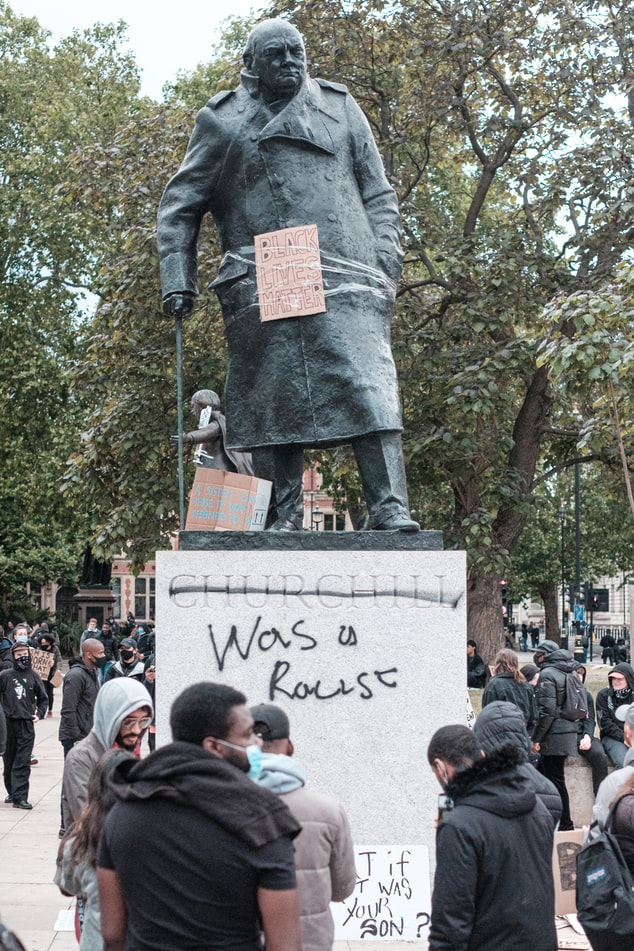 Social Pride and Social Responsibility: Do we pick and choose?

by Martin Greenwood | May 5, 2021 | Protest and repression, Uncategorised | 0 comments

It takes all of seven seconds to make a preconception of someone – where we begin to decide their trustworthiness but where do these ‘impressions’ come from? The colour of your hair, eyes, race, height, facial structure. We are constantly bombarded with the latest news of people we deem to shed a light on within society -the good and the bad, but what if what’s being put forward is unrepresentative surely then we must change the narrative in which people are personified within society. In March 2020 for every 1000 people stopped and searched 38 per 1000 were black compared to 4 in every 1000 whites.

So in seven seconds the police are able to predetermine their beliefs of what constitutes someone suspicious – a potential criminal, disproportionately targeting black people. Where do these assumptions stem from? Institutional racism? An innate belief of white supremacism?

We can see the lack of social responsibility within our hierarchical society. For example the ‘hostile  environment’ scheme which saw plasters of ‘Go home or face arrest’ driving down UK roads in order to deter ‘illegal’ citizens.  This lead to the Windrush scandal which saw the deterioration of lives such as Anthony Bryan who arrived legally from Jamaica at eight years old as part of the Windrush generation, to work his entire life in the UK eventually being denied rights to work, healthcare from the NHS, a pension, to then be placed into a detention centre away from his friends and family, all due to lacking 50 year old documents when his mother arrived with him with the constant threat and fear of deportation. The government has since apologized however to what extent can this ‘mistake’ be rectified people at all levels from the government, to the police to the guard at the detention centres knew what was going on but how can they take responsibility when only £62,198 has been paid out with 11,08 claims made and 36 receiving the money. What makes Anthony any  less of a ‘British citizen’, I have never feared being deported because this is ‘my’ country I didn’t need to earn my right to live here it was my ‘birthright’. The fact the government allowed the deportation of people calls into question who they believe has a place in the UK, it creates a sense of fear of who ‘we’ accept into society- and the basis of those predetermined seven seconds.

School teaches us social pride- the war ingrained into our minds, how long it lasted, who it was against , how WE won. A part of history that can’t be forgotten, how lucky we are we don’t speak German. The ‘great’ empire, how big we were, the lands we dominated which are highlighted on heavily coloured maps on history walls- almost a shrine of what we once were. A sense of nationalism and imperialism taught us at such a young age and reinforced our beliefs that Britain really is ‘great’ making 59% of British people view the empire as ‘something to be proud of’. We don’t blame ourselves for the 2.7 million slaves that were beaten and overworked, treated like animals. That was our ancestors, we cannot be blamed for something we didn’t do, but we can be glorified for a war we had no part in.

Therefore at what point are we a part of a nation, British beliefs comprises democracy , rule of law, respect & tolerance and individual liberty. How is there democracy and equality when blacks are still perceived as more dangerous than whites. How is there rule of law when legal migrants like Anthony lived in fear of deportation? If being born somewhere simply makes you a part of something then racism and hate will always be present with the them vs us mentality , we’ll trust those who we deem to look like a British citizen creating false ideologies of white supremacism which can be seen through simple microaggressions. We need to begin to take social responsibility so that we do not forget and praise our history but accept the effects as they are still lasting , for example the government only paid off the effects of slavery in 2015 costing overall £20 billion. There’s reason to be optimistic as movements such as Black lives matter are unveiling a sense of responsibility, we have to ensure everyone has equal rights and a sense of belonging in their country- we can’t wait for those who feel marginalised and discriminated against to speak out but we must give them the platform to feel comfortable. Only by creating a world where there is space to improve and learn will we be able to make those seven seconds objective.

Do social movements have a potential to achieve something, and if so can they provide an alternative...
2019 prize announcement
The meaning of protest in a neoliberal world