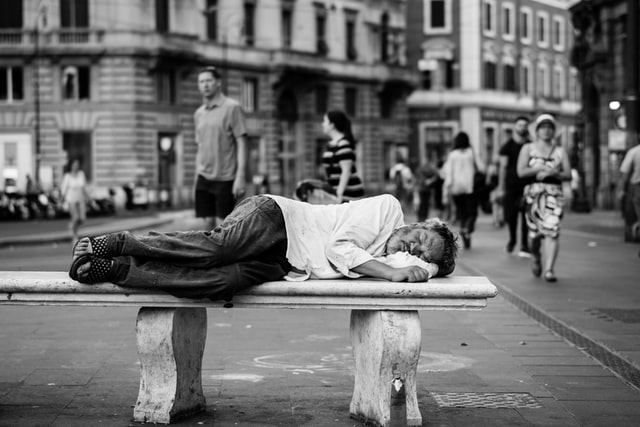 A Globe Obsessed with Profit Over People. Are We Too Far Gone?

Despite misleading narratives pushed by the global North, economic inequality is very much alive and kicking all around the globe today. When considering statistics regarding global inequality on a surface level, it could be argued that progress towards equality has been achieved. However, peel back a layer, and we find that the expeditious economic growth of populous countries like China and India massively distort these findings. In reality, in 2020 the wealth of the 26 richest individuals was equal to that of the poorest 50% worldwide, a truly disturbing figure to behold. This harsh reality only becomes more disconcerting when we consider that health and social problems are the most devasting in countries with larger income inequality. So, if this is the case, why do those in power seem so reluctant to combat global economic inequality?

The simple answer to the question is this, the wealthiest amongst us are only interested in one thing; remaining wealthy. Realistically, redistributing the wealth currently densely  concentrated at the top could be done very easily. Implementing higher taxes for huge corporations and the super-rich, for example, would quickly help to reduce the severe economic disparity we are facing, particularly in the global south. However, as we have seen countless times over the last decade, it has become common practice for corporations like Amazon, Starbucks and Facebook to underpay or avoid taxation altogether, with very little repercussions. In 2020, Amazon made £38 billion in Europe alone but didn’t pay a single penny in corporation tax. A British MP described this as a part of Amazon’s ‘relentless campaign’ of tax avoidance, which I believe speaks volumes about the lengths Amazon CEO Jeff Bezos will go to in order hold onto profit.

Some may wonder then, why world leaders or policy makers don’t make a habit of intervening. This is arguably because world leaders are often benefitting from the power and capital possessed by the super-rich. Let’s look at Joe Biden. During his 2019 presidential campaign, he acknowledged that there was an alarming level of income inequality in the US, but took great care not to disgruntle his campaign donors while discussing the issue. Although Biden attempted to bring the issue of income inequality to the foreground, he made absolutely sure to assure his peers that ‘nothing would fundamentally change’. Here is where the real problem lies. The US has the largest national income per person worldwide, but an epidemic of health and social problems; gun violence is at an all-time high and normal people often face crippling debt as a result of essential medical care. When compared with Sweden, a country with a much lower national income per person, health and social problems are of a much lower scale. If we look at the wider data, there is a pattern of severe income inequality and poor health and social care as being closely related. Why then is fundamental change treated as such a taboo? Surely improving serious health and social problems should be a top priority for anyone with a conscience? To me, the only plausible explanation is that preserving the wealth of the few is prioritised over quality of life for the rest of us.

The sad truth seems to be that, in a world where neo-liberalism is the dominating ideology, the economy and free market will always override the needs of the public. The very nature of neo-liberalism dictates that government and state should take a backseat in favour of privatisation and austerity, both of which effect the poorest for the worst and put more money into the pockets of the 1%. When the most influential global attitude to economics dictates a removal of state accountability in favour of enabling the grotesquely wealthy to grow even richer we must ask ourselves, have we let things go too far?

Why social movements Trump the corporation
Shop ‘til you drop: The modern tragedy of contemporary consumer capitalism and a planet at breaking ...
The meaning of protest in a neoliberal world