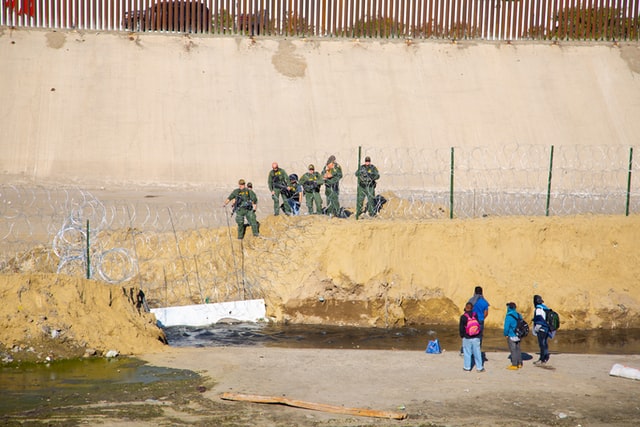 Is accepting migrants bad as people say it is?

There were 281 million international migrants in the world in 2020. Before the COVID-19 at least, it felt like the world was getting smaller with more and more things accessible worldwide, connected with each other. For example the movement of people. Britain is the fifth country with the most migrants in the world with 9,359,587 migrants and that being 13.79 percent of the population. Although there seemed to be an increase in migration, anti-immigrants’ movements are seen around the world, such as the development of groups like FAIR (Federation for Immigration Reform) and CIS (Center for Immigration Studies) in the US which increased their power to the point where it started affecting politics and policies. Also, the view that migrants are more of a negative thing than an opportunity is increasing over the years in Europe. Britain was not the exception to this movement. One of the most raised reasons for Brexit was that they wanted to control immigration. Migrants’ negative side tends to be focused and they tend to be blamed for stealing jobs, stealing money, and creating cultural conflicts. Is this all true? The answer is no. Today, we are going to see the good side of accepting immigrants and look at the misconceptions of some of the negative points.

First, a lot of people think that migrants steal jobs which is not true.

There is no clear link between unemployment and net migration which shows that just because the number of migrations increases, it does not mean that the local’s jobs will be taken by migrants. Also, In the case of choosing, migrants have a disadvantage with things like languages and cultural barriers and so they are less likely to get jobs compared to locals. This is part of the reason why the unemployment rate is always higher for the migrants than for the locals. Instead of taking jobs, they give positive impacts on the economy. A lot of migrants are in the younger age groups meaning that they are able to work. This will increase productivity as there are more people and will fill in labor gaps. For example, because the UK is an aging society with rising demand for a workforce., migrant workers will fill in the gaps of those who are retired and become the workforce. This means that they will contribute hugely to the economy and to the GDP. Also, since they consume things as well, they will support the market and with products from their own countries which will enrich the economy.

Secondly, people think that they use a lot of public money which is also not true.

NHS’s evidence shows that migrants pay taxes but utilize fewer health services than normal people which is helping the country’s public money rather than spending them. Since they are more in the younger generation, they tend to pay more taxes than the cost of using welfare and services. Regardless of where they came from, the migrants who came to the UK who arrived in 2000 have consistently produced significant fiscal contributions.

Finally, people are concerned about having cultural and language problems with immigrants which can lead to serious conflicts. Having different values can indeed be difficult and sometimes lead to problems. However, in this global world, sometimes you cannot avoid interacting with people with different cultural backgrounds and therefore, you will need the skills of interacting and accepting values without leading to conflicts. Accepting migrants will lead to locals having those skills and getting used to the environment in their daily life. However, this cannot be done with just people but with a good governmental system for both locals and migrants. For example, Germany has a program where migrants can learn German for an affordable price. This makes migrants who cannot speak German integrate more into the society and be part of the labor force as well as reducing the chance of conflict between the locals.

Although there is negative aspect to accepting immigrants such as cultural differences and the cost of accepting them, we need to keep in mind that there are a lot of benefits to them as well and have to see how crucial they are to our community.

Mobility is a power and a privilege which the global north abuses
British Border Patrol: The Capitalist Edition
Them vs Us: The Image of Migrants