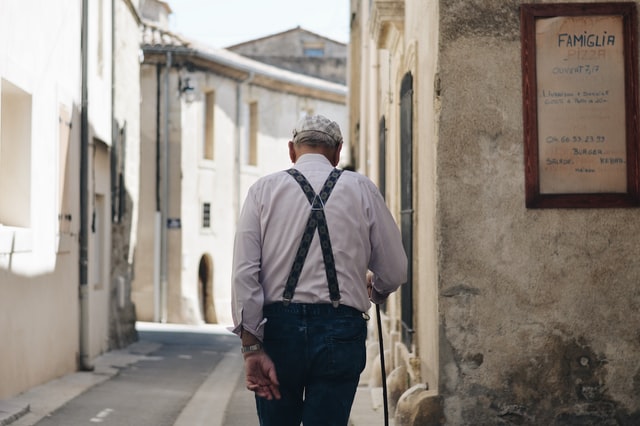 Migration and pensions in Germany

Photo by Caroline Hernandez on Unsplash

Mobility is an inherent element of humanity and inevitably affects the past, present and future.

Immigration shapes the history of Germany. Since its founding in 1871, mass immigration processes around WWII have formed the current population and environment. Today, Germany is one of the most popular destinations for immigrants worldwide. In 2019 well over 1 Mio. people moved there. A total of 21.9 Mio. citizens have a migration background, 13.7 Mio. are migrants in first-generation. Together, that makes a total of 26.7% of the whole population. Despite these impressive numbers which show that Germany is an immigration country, the public image of immigration is still blurred by alarmistic and xenophobic narratives that squander chances for idealistic and economic growth. The public debate in Germany is overwhelmed with nihilistic views on the topic. It misses pro-migration arguments to diversify and even­ly complement the discussion on human mobility to deliver a solid ground for forming unbiased opin­ions. Mobility and migration can be seen as hope and not entirely as unbearable burdens for Germany.

At the beginning of May 2021, the Scientific Advisory Board of the Federal Ministry of Economics surveyed the functionality of the German pension system in the context of expected demographic developments. Their conclusion is alarmistic. The current system won’t be able to withstand the increasing pressure. From 2025 onward, financial difficulties will increase. Under the given circumstances, a stable pension cannot be guaranteed for the next generations. Without comprehensive reformations, many young people of today are facing old-age poverty. Three factors are contributing to this issue. The corona pandemic, the retirement of the ‘babyboomer’ generation and the increase of life expectancy. In consequence, this accumulates to a multi-billion gap in the system. The German pension system consists of three pillars, the statutory pension insurance system, company pensions and private pensions. The statutory pension system is the basis of the whole system. It is paid out to retired individuals and provides payments of actual 48% of the former working net income. Contributions are mandatory for every working person in Germany, based on annual earnings. To be eligible, a person must work for at least five years in Germany. The statutory pension system is a gen­eration contract and functions after the pay-as-you-go principle. Every worker and apprentice shares con­tribution, based on their annual income, with the employer and pays it to the pension fund, which pays retired generations. The demographic developments in Germany will force increasing pressure on this system. The balance between contributors and grantees will shift, caused by the retirement of the baby boomers and the increasing life expectancy. According to the German economic institute, 57 out of 100 citizens were grantees in 2020. It estimates the ratio of grantees to increase to 67 out of 100 by 2030 up to 77 out of 100 in 2040.

Despite these dark forecasts, the social security funds have accumulated billions in reserves in recent years. At the end of June, the reserves of statutory health insurance exceeded the 20 billion euro mark for the first time. The favourable development in social insurance is often attributed to the generally good economy and falling unemployment. But there is also something else: immigration to Germany. On the one hand, migrants from other EU countries, mainly from Eastern Europe. On the other hand, refugees who become contribu­tors is also increasing. In statutory pension insurance, the number of actively insured people with foreign na­tionality has risen from 3.16 Mio. (2006) to 5.46 Mio. (2016). In 2016, most of those actively insured were Turks (988,000), followed by Polish citizens (459,000). According to pension insurance, more than 90% of foreign policyholders with EU citizenship pay contributions. Foreign insured persons with EU citizenship thus contrib­ute to the pension insurance to the same extent as German citizens. A fact that is unrepresented in the main­stream media. Immigration can be a supportive element to strengthen our social systems, not weaken them. This accounts for the present and the future. And in contradiction to the rightwing narrative of “Poverty mi-gration”: A study by the Center for European Policy Studies concluded that social benefits were not a magnet for EU migrants. Since the EU opened its borders to Poland, Hungary, the Czech Republic, Slovakia, Slovenia, Estonia, Latvia and Lithuania in 2004, many migrants from these countries have come to Great Britain – and demonstrably generated more taxes than they claimed social benefits. On the global scale, the findings of the Federal Reserve Bank of the United States are also interesting “…immigrants expand the U.S. economy’s pro­ductive capacity, stimulate investment, and promote specialization that in the long run boosts productivity.”

In reality, this topic is very complex and so should be the discussions held around it. It is not fair to simplify im­portant questions that affect our present and future society by substantially labelling immigration as a danger.

The crisis beyond the west: Rohingya’s exodus
Us and “them?” --- A racism against the familiar:
One of the Challenges Facing Contemporary Immigrants: Tagging