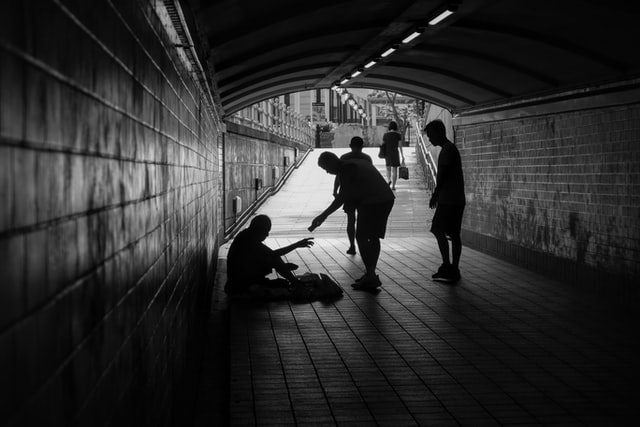 Global Economic Inequality – who is to blame?

Photo by Elyse Chia on Unsplash

Economic inequality is stark. The world’s richest 26 individuals own the same amount of wealth as half the world [1]. There have been many inquiries as to why there is such disparity in economic equality. Economist Milanovic (2016) discusses ideas around ‘who’ or ‘what’ is to blame for this inequality. He focuses on inequality between countries and states that they are the most decisive factor in people’s life chances. ‘50-60% of income differences between individuals globally is due simply to the mean income differences between the countries where people live.’ He focuses on the USA as being a country with a high average income stating that; ‘an American, simply by virtue of being born in the United States, will earn 93 times more than a person born in the world’s poorest country [2]. By this argument, it’s clear that income is heavily based on the country you were born in, a factor which you cannot control. But why is this?

Clearly, privilege is a factor in this, being born into a country with a high average income puts one at a significant advantage over those in countries such as China or India, where the poorest in America would be considered middle or even upper class. (Milanovic) Globalisation has led to the uneven distribution of wealth globally, middle class economies saw economic growth in their countries whereas lower-class economies suffered more.3 So, Globalisation can be a blaming factor in the issue of global economic inequality. At its root, this only further amplifies the idea that it is one’s country which has a great impact on their income. But, there is one factor which could potentially challenge the narrative on this idea. The pandemic.

The pandemic has of course worsened global inequality, with the richest 10 men seeing their wealth double since the pandemic[3]. If we were to look at income for countries, however, the median household income has decreased by 2.9% from 2019 to 2020 in the United States.[4] This shows us that despite the rich getting richer the average citizen has gotten poorer. So, can we blame the pandemic for global economic inequality? Despite this trend being evident in America, if we were to look at China for example, ‘in 2021 the median per capita disposable income of residents in China was 29,975 yuan, an increase of 8.8 per cent.’[5] This increase portrays that the pandemic did not affect nations in the same way economically, and therefore cant be used as an argument for global economic inequality or fulfil the argument that the pandemic is to ‘blame’. It is still true that an individual born in America will go on to earn a higher income than the average Chinese citizen and therefore proves the pandemic to not be a factor we can blame for economic inequality.

It is pretty clear that in answering our question, ‘who/ what is to blame?’ The answer is in line with Branko Milanovic’s original idea. Therefore, it seems logical to follow his ideas in order to find a solution.  He encourages countries to allow greater global migration in order to tackle the stark economic inequalities between countries. He recognises that in modern society many powerful leaders have fears of migration and the idea of ‘foreigners stealing jobs.’ Milanovic suggests these fears should be dropped, at least temporarily, in order to give people the opportunity to migrate for work, even if it’s only temporary.[6]’ This of course would combat many of the issues of global economic inequality. It would certainly free people from the predetermined economic constraints of their home countries and better the global economic inequality.

Is it time to protest the platform?
Inequality in global societies: why does it matter?
The Situation of Children who Live in Poverty