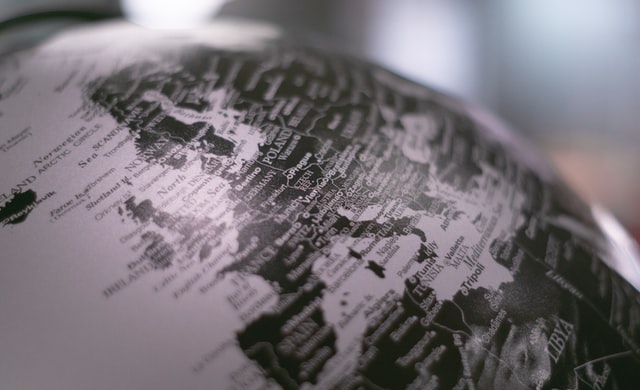 Racism and Treatment within the Migrant Crisis

Photo by Krzysztof Hepner on Unsplash

On the 3rd March this year, Britain turned back nine Ukrainian refugees without visas at the British border.[1] Upon returning to Calais, French authorities supported the displaced people with hotel accommodation, rather than being forced to enter a camp which is often the case for so many refugees who find themselves at the border. The largest refugee camp in Calais is home to hundreds of displaced people, mainly of Sudanese, Eritrean, Afghan and Iranian origin. These camps are densely populated and living conditions are poor. Government support given to these camps is limited and they rely mainly on support from charities and non-governmental organisations. An estimated 6.6 million people live in these conditions globally (UNHCR, 2022). Whilst the humanitarian crisis in Ukraine is an emergency and must not be ignored, the difference in the treatment between European and southern refugees is concerning. The recent crisis in Ukraine and displacement of white European refugees has brought light to the prejudice many refugees face in Europe.

The 2010s saw a significant increase in the number of people moving from the global south to the global north, with most of these people originating from Africa, the Middle East and South Asia.[2] When considered globally, this increase is not overwhelming and according to the UN Refugee Agency (2016), developing countries still host most of the world’s refugee population with this reaching 84% in 2016. Nonetheless, this influx has still been labelled a crisis throughout Europe and the increase in refugees from the south has been used by the media and politicians to create fear and anxiety among the European population. Neoliberal policies and the economic instability they have brought about have often been linked by politicians to an increase in migration and the growth of ethnic minorities in Europe, despite no proven correlation (Castles, Haas and Miller, 2019). Refugees from the global south are far too often misrepresented in the media and characterised as a threat. However, this narrative is one that we have seen only to be adopted in the case of refugees from the south and one that has not generally been used following the recent conflict in Ukraine.

Many of the countries that have opened their borders as a result of the Russian invasion of Ukraine have previously demonstrated harsh immigration policies and rejected large numbers at the border. In October 2021 Poland began the construction of a wall across the Belarus border to prevent asylum seekers from entering the country as a result of an increase in people mainly from the Middle East and Asia attempting to cross the border.[3] UN statistics state that as of the 14th March 2022, Poland has taken in the most Ukrainian refugees of all European countries with that number reaching over one million people (2022). The conflict has revealed a new face of compassion for European refugees.

Moreover, following the conflict in Ukraine, we have seen growing reports from Ukrainian ethnic minorities of experiences of racism whilst fleeing the country.[4] The United Nations had accepted that non-European refugees have faced racism at borders when attempting to leave Ukraine. Black and Asian people in Ukraine have taken to social media to document the discrimination and segregation they have experienced at the border whilst attempting to enter neighbouring countries. These shocking examples of discrimination are more visible and demonstrate a clear difference in the value many place on European refugees and refugees from the south. These racist sentiments surrounding refugees of colour allow governments and authorities to prioritise the lives of some migrants over others, as seen in the crisis in Ukraine.

It is essential that these differences in treatment are recognised when considering the experiences of many refugees attempting to cross European borders and awareness needs to be raised over these injustices in order for a more compassionate attitude towards migrants in Europe to develop.[5] It is clear that as a result of the spread of racist notions, separation has occurred and refugees of colour are no longer viewed in the same light as European refugees. Europe is rightfully sympathising with the people of Ukraine, but this compassion needs to be extended to all refugees who face threats of war, poverty, climate change and the vast number of issues that force so many to flee their homes.

Debunking the Scare of Migration
Racism and Treatment within the Migrant Crisis
Conflict and Migration: Europe’s skeleton in the closet.