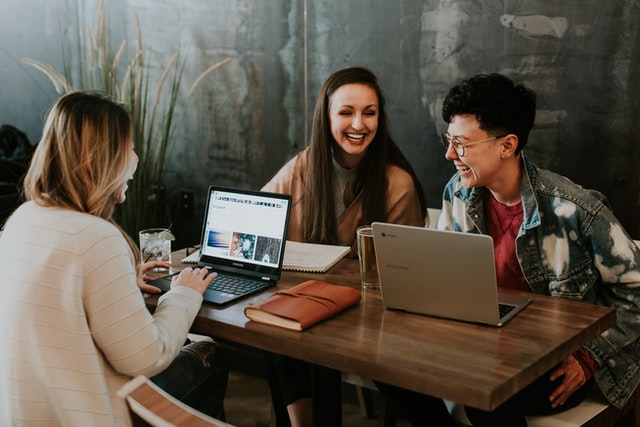 The Age of Online Learning: How the Pandemic Accelerated the Socio-Economic Divide in Britain

Photo by Brooke Cagle on Unsplash

With the class divide in Britain being one of prominence, the implications of Covid-19 and the many lockdowns that it entailed greatly impacted the Working-Class individuals of the UK. I want to explore the issues faced in educational circumstances more widely for the Working-Class children of Britain and how their economic disadvantage has highlighted the divide between classes.

In March 2020, Boris Johnson made the decision to temporarily close schools across the UK in order to control the Coronavirus. Many students were excited at this prospect; however, they were unaware of the hardship this would cause for many families across the UK. With the closing of schools came online learning; although applicable for many, a stark number of children were put at a disadvantage. The resources needed to take part in online learning, such as daily access to computers, were not accessible to all, particularly those from Working-Class households who were less likely to own the facilities needed for online learning to be beneficial for them. This socio-economic divide inevitably accelerated varying levels of educational achievement between classes.[1]

A government study illustrated the main challenges faced by children when online learning: 11% stated that access to appropriate devices was the main challenge, as well as 10% stated that poor internet connection was their main challenge[2]. Although these figures are not drastic, they still emphasize that a proportion of children were unfairly put at a disadvantage to their classmates due to material deprivation. Children from Middle-Class households are likely to have regular access to these facilities, therefore the implications of the pandemic place the Working-Class in a position beyond their control economically. The closure of schools in the UK also had many external effects on lower-income households. In January 2020 just before the start of the pandemic, it was recorded that 1.4 million students in England were eligible for free school meals. Furthermore, the closure of schools two months later would have made this an area of concern for many parents who relied on free school meals to feed their children appropriately. Blackpool had one of the highest proportions of free school meals in England, compared to the Isles of Scilly which had one of the lowest[3], emphasizing the socio-economic impact of lockdown closures on the poorest VS richest parts of the country.

Another implication of the pandemic that put Working-Class children at a disadvantage due to socioeconomic factors is the issue of overcrowded households. Before the pandemic, it was recorded that 14% of non-white British people working in manual occupations lived in overcrowded housing.[4] The fact that people were forced to stay at home during lockdown would make overcrowding a more prominent issue. Children learning from home may have found this the hardest due to a lack of convenient workspace and distractions around them. Figures show that amongst those in higher managerial and professional occupations, only 5% of non-white British households experienced overcrowding. These figures emphasize how the implications of the pandemic subsequently targeted those of a lower income educationally due to the large economic divide in Britain. These short-term precautions of the Pandemic may have long-term effects on children from Working-Class backgrounds, particularly students who did their GCSEs and A-Levels during this time, making it harder for the Working-Class to become socially mobile.

For those whose parents could not work from home during the pandemic, not having a support system during this period of online learning would have caused disadvantages. In April 2020, 46.6% of those employed did some work from home. This means that a large proportion did not or could not work from home, particularly those deemed ‘essential workers’ that may be in lower-paid occupations. Due to the tendency of lower-income jobs to be manual and unattainable from home, children who needed a support system for their education were at a disadvantage. Statistics show that 22% of parents found that the most challenging aspect of online learning was parental learning support. For parents who had no choice but to still work, children faced the repercussions.

To conclude, the age of online learning in Britain due to the Pandemic has unfortunately targeted the Working-class. A lack of resources for efficient learning, the potential lack of a support system and the overcrowding of their living situations are all economic implications of the Pandemic. The Pandemic has very much accelerated the socio-economic divide of the nation in many ways, highlighting the continuing inequalities individuals face.

[1] Covid-19: the impacts of the pandemic on inequality – Institute For Fiscal Studies – IFS

[3] Free school meals: How many children can claim them? – BBC News

Are women in the global south ‘victims’ or ‘saviours’ in the face of environmental challenges?
Current global inequalities.
How Has Covid-19 Impacted Global Inequality?