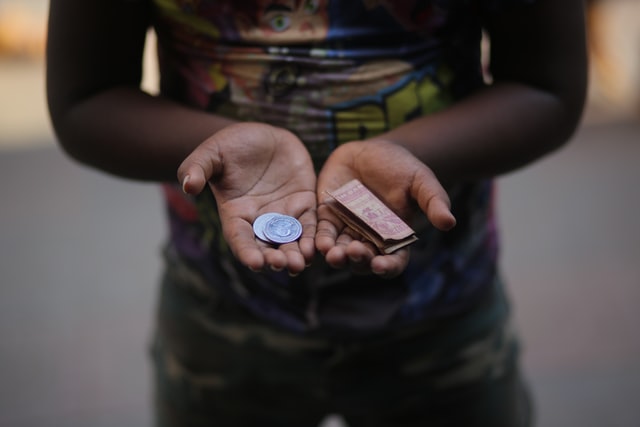 The Childhood Poverty Crisis in the UK

Photo by Arif Hasan on Unsplash

Childhood poverty in the UK is a complex and largely overlooked area of media interest. Yet the most disturbing fact is that children in the United Kingdom make up the majority of the poverty rates, maintaining a high percentage throughout the past decade. According to research from the Joseph Rowntree Foundation, children in the UK account for most of the poverty rates, with 31% of the country’s poor being children from 2019-20.[1]

Not only is the crisis devastating for children currently living in these conditions, from the sense of an incomplete childhood to the lack of cultural and material capital, but also in the long-term. Missing out on opportunities in education due to a lack of resources (internet access, school trips etc) means that these children end up in a cycle of poverty that is difficult to break from. In fact, there is research done by Jo Blanden and Steve Gibbons which suggests that disadvantage amongst the poor becomes ‘more persistent across generations.’[2]

It seems that this crisis will only get worse, seeing that there are rises in the numbers of single or lone-parent households. With reference to the CPAG, there is a particular issue with lone parent families, due to the one-sided income to the household, as well as low rates of maintenance payments alongside the gender inequality in payment at the workplace.[3] To get a better understanding of how this issue has come about in the first place, we must assess where the highest rates of childhood poverty occur.

Which areas in the UK have the highest rates of child poverty?

Due to the number of low-paid workers in the Northeast of England, child poverty in this area has more than trebled in the past five years.[4] London and Birmingham are the main areas with the largest number of poor children. In both cities, there were several constituencies which in which most children were below the poverty line from 2019 to 2020.[5] In terms of English regions, AFC found the highest percentage of 38% of children from London living in poverty, whilst the lowest percentage was found in the South East, which was 24%.

One way in which we can view the rise in childhood poverty is those eligible for free school meals due to coming from low-income households. Recently, figures have shown that in England, more than one in five children are eligible for free school meals, an increase of just under half a million children extra.[8] Stephen Timms MP, the Chair of the Work and Pensions Committee stated that he had heard the ‘harrowing stories of hardship’ faced by poor children in the UK and doubted whether ‘enough…[was]…being done’ to help the young who live in such conditions.[9] There is a problem with underfunded councils, especially in the bigger city areas such as London and Birmingham, thereby having a knock-on effect in regards to the children, many of whom are from Pakistani and Bangladeshi backgrounds, adding to the rates of poverty amongst the children from those backgrounds.

Protest and repression: Fighting the power globally
It’s 2018, what have we accomplished?
Shop ‘til you drop: The modern tragedy of contemporary consumer capitalism and a planet at breaking ...