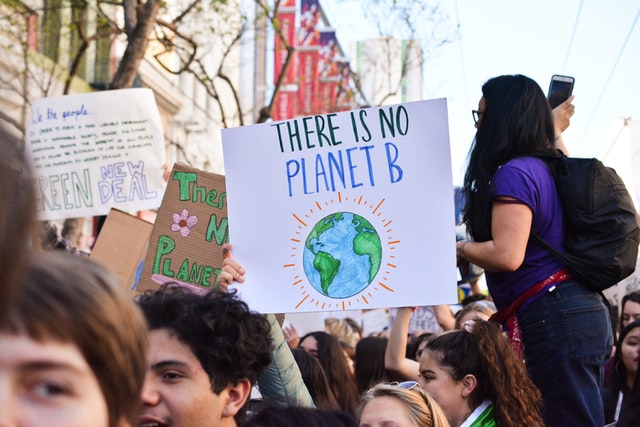 The Climate Crisis uncovered: who is really to blame?

Photo by Li-An Lim on Unsplash

The world is ending. The planet is tired. Throughout the global climate crisis movement, a narrative has been pushed centred around everyday citizens being the drivers of the climate emergency. This is a narrative that is both harmful and also not entirely true. As the ever-growing threat of irreversible climate damage looms it is now more important than ever to make sure that the spotlight is moved to shine on the actors who are actually driving the crisis.  Without shedding light on the real big drivers of the climate crisis we will never be able to successfully tackle the issue head-on. Governments have spent too much time focusing on the individual’s role in the climate crisis instead of shedding light on the real drivers behind the scenes – the corporations.

The negative impacts of global corporations have become central to public concern over the last 10 years as our race to deal with the ongoing climate emergency gets more pressing than ever. Through prioritising economic gain at the forefront of their activity corporations have continually managed to disregard environmental sustainability and what is worse, they have continually managed to get away with it.

A corporation can be defined as a social institution. This is because it is an entity that has directly been shaped by human influence. The amount of power these corporations dominate over a range of spheres in society highlights that the climate crisis is not something we will be able to successfully deal with without these dominant institutions being on board. This means that corporations are able to influence the climate movement in a way that governments cannot due to their influence over policy decisions as well as being able to shape consumer tastes and preferences. The knowledge of this allows us to see that in order to combat the issues created by corporations we need a solution that ties together both the actors directly involved with running the corporations as well as everyday citizens.

In order to understand how we can successfully deal with the impacts of corporations, we can use frameworks. The stakeholder framework[1] is a framework aimed at making corporations more responsible and trustworthy. It promotes corporation responsibility through promoting balancing the interests of corporations with external stakeholders like the host communities and local governments. Promoting a more holistic approach to dealing with the impacts of corporations means that all the different groups involved prioritise are being taken into account. With an issue as prevalent as the climate crisis, it requires teamwork and this will not be able to be dealt with without a framework that makes room for every actor involved.

The climate crisis is not something we will be able to successfully deal with without the support of corporations because it is not only an environmental issue but also a sociological one. The carbon majors database[2] can put into perspective how much influence these corporations actually have over the climate crisis. Within the past three decades, 71% of all global greenhouse emissions were a direct result of only 100 companies. This just again proves that corporations are both the key drivers of environmental instability but also our key hope for a sustainable transition.

A global crisis will never be able to be tackled by a mere few and we have always known this. However, using statistics to see just how much influence corporations have on environmental stability demonstrates to us that the focus on the individual in the climate response is outdated. Real change comes from real responsibility. The real responsibility lies within the implementation of sustainable frameworks which provide us with holistic solutions to a global problem meaning that accountability is felt at all levels, not just the grassroots.

Is capitalism structurally bound to degrade the environment?
Why is it so difficult for us to talk about the climate change?
This is a time of environmental emergency: What can be done to reduce the impact of climate change?