See upcoming events hosted and attended by the KNH Centre and new annoucements. 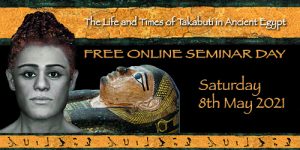 The mummy of Takabuti is one of the best known antiquities in the Ulster Museum, Belfast. Takabuti was a young woman who lived in Egypt during a tumultuous period, around 600 BC. Her mummy was unwrapped and investigated in Belfast in 1835. The results of the Takabuti Project (2007-2009 and 2018-2020) have culminated in the publication of a new book – The Life and Times of Takabuti in Ancient Egypt: Investigating the Belfast Mummy – which will be launched at the end of the seminar. The presentations in the seminar are based on sections of the book and have been designed to complement these.

While the focus of the book is on Takabuti, the research also shows how the combination of archaeological, historical and inscriptional evidence with multidisciplinary scientific techniques can enable researchers to gain a wealth of information about ancient Egypt. This not only relates to the individual historical context, ancestry and life events associated with Takabuti, but also to wider issues of health and disease patterns, lifestyle, diet, and religious and funerary customs in ancient Egypt.

The project has demonstrated how researchers act as ‘forensic detectives’ piecing together a picture of the life and times of Takabuti. Questions addressed include – Who was Takabuti? When did she live? Where did she come from and where did she reside? What did she eat, and did she suffer from any diseases? Did she suffer a violent death, and how was she mummified and prepared for burial?

Book tickets via the Eventbite link. 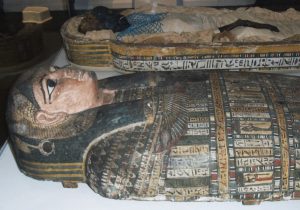 The mummy of Takabuti has resided in the Ulster Museum, Belfast for over a hundred and fifty years, but it is only comparatively recently that modern scientific techniques have been able to reveal details about the life of Takabuti, an elite 25th Dynasty lady from Thebes. The study day brings together a number of experts who have examined the mummy of Takabuti and who will present the results of their investigations. What have these studies been able to reveal about life, death and preparations for the afterlife in ancient Egypt?

Tickets can be booked online here 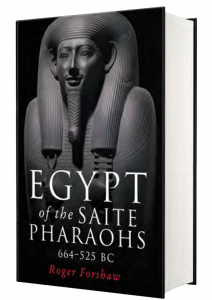 In the 660s BC Egypt was a politically fragmented and occupied country. However, this was to change when a family of local rulers from the city of Sais declared independence from the Assyrian Empire, and in a few short years succeeded in bringing about the reunification of Egypt. The Saites established central government, reformed the economy and promoted trade. The country became prosperous, achieving a pre-eminent role in the Mediterranean world. This is the first monograph devoted entirely to a detailed exploration of the Saite Dynasty. It reveals the dynamic nature of the period, the astuteness of the Saite rulers and their considerable achievements in the political, economic, administrative and cultural spheres. It will appeal not only to students of Egyptology but also, because of the interactions of the Saite Dynasty with the Aegean and Mesopotamia worlds, to anyone interested in ancient history.

Health and Life in Ancient Egypt: Mummies in Focus 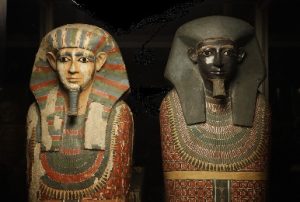 The ‘Two Brothers’ tomb group has been an important part of the Egyptology display in the Manchester Museum for over a hundred years. It is one of the finest group of objects from a private burial of the Middle Kingdom and this year’s annual study day brings together experts to review this collection, examine the scientific investigations that have been carried out and the results of the latest DNA studies.

The discussion will widen to consider kinship in general in ancient Egypt.