SSHaRe NoW was set up by researchers from across the north-west, as an expert by experience. 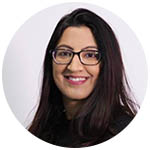 Pooja’s research is focused at an individual-level, community-level and whole systems approach on risk management and decision-making processes for individuals, professionals, and service providers within forensic, clinical and non-clinical settings.

The main research interests are in suicide and self-harm prevention particularly in young people, cancer prevention in Black and Asian Ethnic Minority Groups, reduction of health inequalities and coproduction.

A key activity is public engagement and she aims to incorporate this in all aspects of her teaching and research.

She is a member of the Suicide Prevention Operational Group and Support after Suicide Task Group, which aims to integrate suicide prevention and postvention initiatives in Cheshire and Merseyside across mental health charities, NHS trusts, public health departments, transport networks, and local councillors. 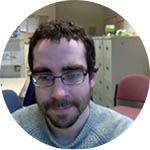 Dr Peter Taylor currently works as a clinical lecturer at The University of Manchester.

He completed both his PhD and clinical training at the University, before working for three years at the University of Liverpool as a lecturer in clinical psychology. He returned to work at Manchester in September 2016.

Dr Taylors research focuses on the psychosocial mechanisms underlying suicide and self-harm. This work includes investigations of the affective processes surrounding self-harm and suicide (specific mood states like shame and emotional instability more generally), traits related to risk of self-harm (such as impulsivity), and the process by which individuals negotiate help-seeking in relation to their self-harm. 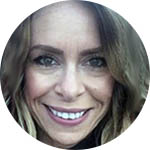 Dr Kathryn Gardner completed her PhD in Psychology at the University of Central Lancashire in 2008, and since then has been a Lecturer and now Senior Lecturer within the School of Psychology.

Given Kathryn’s research expertise and passion for mental health research, in 2015 Kathryn worked with colleagues and stakeholders (students, experts-by-experience and carers) to develop UCLan’s MSc Applied Clinical Psychology, which saw its first intake of students in September 2016.

Kathryn continues to work as the Programme Director/Course Leader for this MSc, alongside a team of HCPC Registered Clinical Psychologists, expert academics in specialist fields, clinicians across a wide range of specialities, and experts-by-experience. 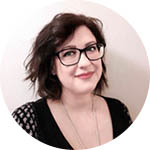 Dr Caroline Clements has worked in suicide and self-harm research for over 10 years, based at the Centre for Mental Health and Safety at The University of Manchester.

After studying for a BSc and MRes in Psychology, Caroline took up a research post at the Centre for Suicide Prevention in 2006. She is currently Project Manager of The Manchester Self-Harm Project, and a coinvestigator on The Multicentre Study of Self-Harm in England.

She completed her PhD at The University of Manchester in 2017 which examined suicide and self-harm in people with bipolar disorder.

Caroline’s research interests are broadly in the epidemiology, psychology, and prevention of suicide and self-harm.

Caroline is also passionate about raising awareness of self-harm to reduce stigma and improve care received by people who self-harm. She is regularly invited to present work on self-harm at national and international conferences, as well as at local suicide prevention groups and other organisations.

Caroline recently helped develop and launch an online learning resource about the management of self-harm aimed at staff in emergency departments, and has had input into clinician and patient resources being developed by Greater Manchester Mental Health NHS Foundation Trust. 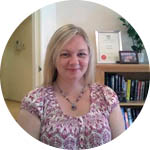 Dr Jennifer Chopra completed her BSc in Psychology with First Class Honours at Glasgow Caledonian University in Scotland in 2008.

Following this, she was funded by the ESRC to undertake a MSc in Psychological Research Methods, and a PhD within the Psychology Department at the University of Stirling. Jennifer’s postgraduate work was supervised by Professor Rory O’Connor and Professor Ronan O’Carroll.

On completion of her PhD in 2012, she gained a Research Fellow position at the University of Hertfordshire, before joining Liverpool John Moores in 2014 as a Lecturer in Forensic Psychology.

Jennifer’s research in the area of intimate partner abuse aims to look at the full spectrum of abusive behaviours, including coercive control, and she is particularly interested in the long term impact of partner abuse. In addition, Jennifer researches stalking, domestic homicides, suicide risk and prevention.

Jennifer has a number of current projects, including a review of domestic homicides in the UK, a study looking at the role of digital/online abuse in domestic abuse, a one year evaluation of a suicide crisis centre for men in Liverpool, and a Delphi study into suicide and self-harm research priorities.

Cameron Latham is an Expert-by-Experience (EBE) with a diagnosis of Borderline Personality Disorder. He has had many years of experience of self-injury during the course of his recovery and is passionate about utilising this lived experience to give an alternative perspective on self-injury.

After a failed initial suicide attempt, he has spent the last 15 years recovering, during which he became actively involved in delivery of the KUF Training Programme, developed for the Department of Health and Ministry of Justice. In 2011, he co-presented to panel in London for the 2011 Nursing Times Awards, which was subsequently won by Dr. Gary Lamph.

As second author on a research paper, Evaluating the impact of a nationally recognised training programme that aims to raise the awareness and challenge attitudes of personality disorder in multi-agency partners in The Journal of Mental Health Training, Education and Practice, Cameron started to become more involved in academic research again.

Cameron is now managing director of a growing service-user led business, delivering mental-health training to a wide number of clients across the UK, with an ethos based around solely employing people with lived experience delivering training based upon knowledge gleaned during recovery as to how to improve outcomes in working with people with poor mental health (in particular Personality Disorder).

Cameron is also involved in teaching at The University of Manchester and the supervision of various pieces of research, in addition to providing a lived-experience component to research proposals and design.

He works closely with his partner Jessica, who is a Trustee of Wigan Family Welfare and now runs three mental health drop-in cafes (Three Little Birds) with volunteer facilitators.

In his spare time, he plays guitar in a band, and teaches guitar at a local community centre.