dates to be confirmed –

The ‘peri-urban’ hinterland, the area between and around cities, shows the extended footprint of human settlements. Both poor and rich sprawl into the peri-urban, in the line of flood or fire, along with poverty, insecurity and alienation. To improve the resilience of cities and human settlements – climatic, ecological, social and economic – we have to start with the peri-urban.

So welcome to the World Peri-Urban Day  –

We aim to launch the new Global Peri-Urban Initiative working out of Chennai –  along with the completed global project Peri-cene.  This includes a new compendium on Peri-Urban-Rural Linkages for the UN Habitat Urban-Rural Linkages program. Other peri-urban related projects & programs are invited to run further sessions.  We can share ideas on ways forward, form a community of interest, and plan for next steps.

This combined global event will be in 2 sessions – 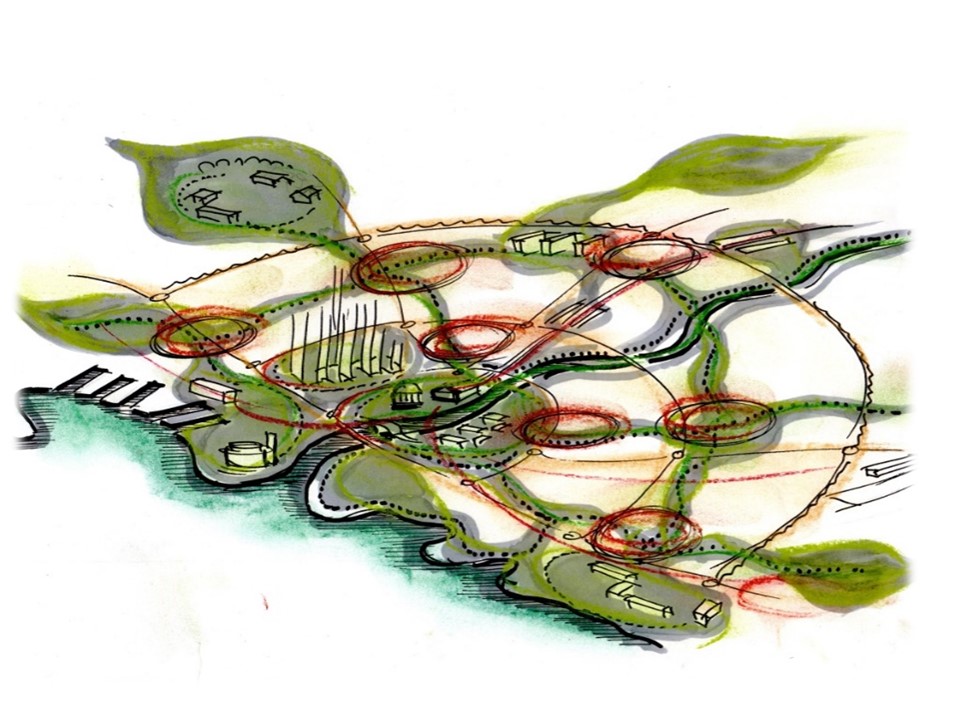 The story of cities runs in parallel with ‘anti-cities’. These are human settlements or clusters or installations which are different in fundamental ways. An airport terminal is a kind of transit anti-city, a hive of activity with thousands of passengers and workers, but lacking any deeper synergies. A refugee camp is another kind of anti-city, one of forced displacement from communities and livelihoods. A mining town or factory town lives or dies with its key industry; tourist resorts might be popular, but turnover is high and synergies are short-lived. The logical conclusion is a ‘planetary urbanization’ where every kind of human installation plays some part in the global urban system, from strip-mining to deep sea fishing.[i]  But most of these are more like anti-cities, lacking one or more dimensions of cohesion and synergy.

Such questions are most acute with informal settlements – slums, shanty towns, barriadas, bidonvilles and others. Are these the proto-cities of the future, of enterprise and collaboration – or the anti-cities of the future, places of insecurity, pollution, segregation, bypassing of livelihoods and corrupt government?[ii] Global megatrends suggest that informal settlements could house half the global population in the coming decades: but they also suggest a rethink of what is informal. While slum dwellers in many countries are taking steps towards some level of security, new kinds of informality are emerging. There are ‘radical cities’ experiments in co-housing or cooperative models, and in peri-urban-rural food systems.[iii] The AirBnB and WeWork platforms are potential game-changers for ownership or rental structures, opening the door to fully transient and multi-local cities (more in Smart-Services-III, Fig.7-3). It may be the future is one of anti-cities, impossible mixtures of rich and poor, static or transient, housing and industry, dense clusters or extended sprawl.[iv] 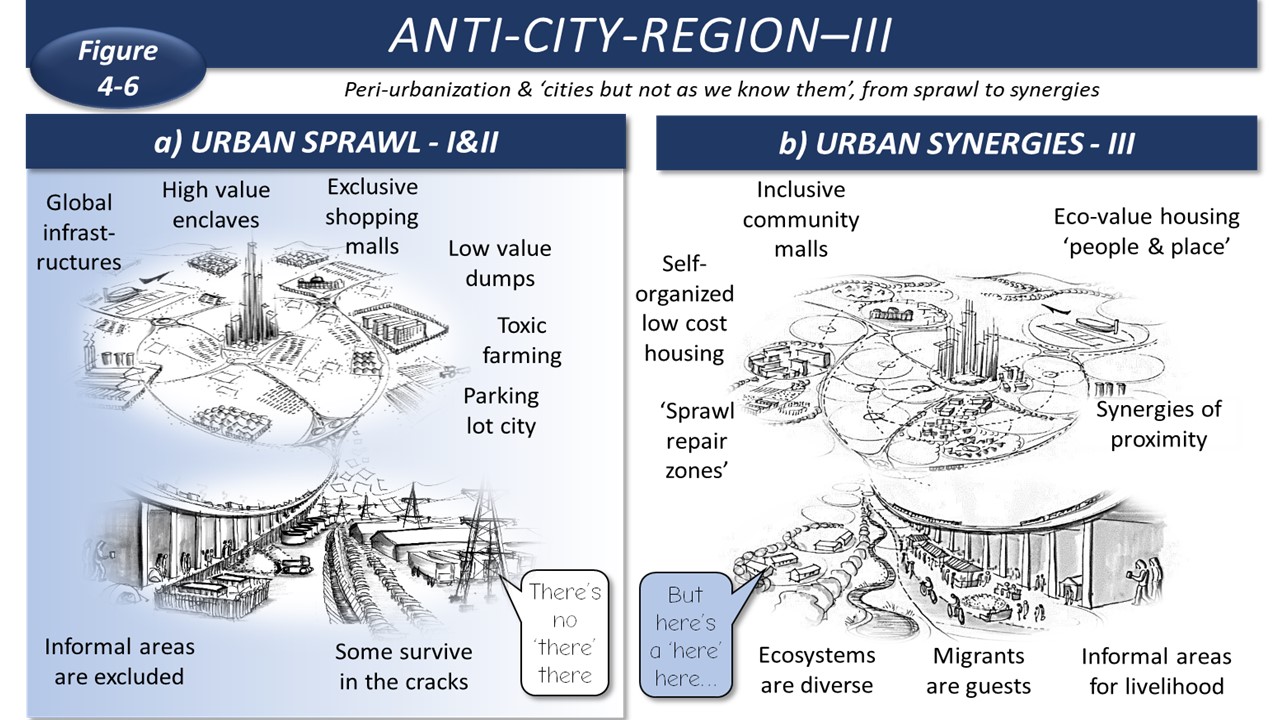