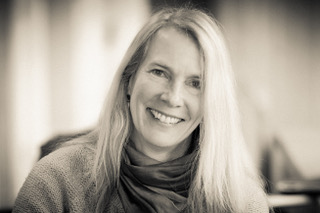 Dr Alicia J. Rouverol was one of the JRRI’s inaugural Artists in Residence from February-July 2019. Alicia drew upon the archives at the Ahmed Iqbel Ullah Race Relations Centre (a part of the University of Manchester Special Collections, but located in Manchester Central Library) to influence her creative writing. Here she talks about her residency, and the resources she consulted within the archives.

When I first arrived at the Ahmed Iqbal Ullah Race Relations Centre (AIU) — located in Manchester’s Central Library — I was a relative stranger. I suppose, in a way, this was fitting. I was here to develop a series of short stories about migration, using the AIU’s collection. And migrants are, after all, strangers, in the first instance. I found at the AIU not only rich print and archival resources on race, ethnicity and migration, but also a vital centre and staff engaged in exhibitions (launching one on Manchester’s Armenian migrant community) and willing to host my proposed workshop on ‘writing migration’, the subject of my residency.

I split my residency days between my alcove in the cavernous hall of the John Rylands Library and the AIU. It was early February and I had six months to tackle my project: previous stories to explore and consider in light of this new research; new stories to craft. How would this collection ‘speak’ to me?

I also had two neoliberal novels (completed whilst at Manchester) to re-examine, revise and submit to agents and small presses, here and in the US. The task(s) — so often when we look at the whole mountain — were daunting.

Where to begin, as Roland Barthes once asked?

Only I wasn’t analysing texts but rather making up new ones. I was analysing transcripts — finding snippets that held meaning and that might resonate for me as part of my growing story collection.

So I did what writers do: establish a schedule, plant bottom in chair, get to work. You begin by scratching the surface to determine what might be mined: read, scribble notes, write — but later, much later, after things have begun to percolate…

I read volume after volume of transcripts — Roots Family History Project, Voices of Kosovo in Manchester, Exploring Our Roots — watching DVDs of interviews where they were available. These were community oral histories by Manchester organisations and local high school students. I knew such projects, having worked at oral history programmes (currently on NHS at 70 at Manchester). But I didn’t know yet how the material might come to life in my own work.

And it has, in unexpected ways.

It wasn’t just the material working on me; it was also the place. And migration is all about place.

I drew on the Library itself, with its broad stripes of Manchester: young people, students, older men, busy bedraggled parents, of all races and ethnicities. Daily, recent immigrants to the UK would come to ‘our’ desks, asking for direction to the Home Office, located not far from us in the Lower Level. One feels the changing tides of Britain here, in a good way.

I’m exploring these stories of migration in various forms, in a variety of settings across the globe, and featuring the inevitable exchanges and sometimes collisions of culture.

On 15 July, we hosted ‘Stories of Migration: A Writing Workshop’, sponsored by the John Rylands Research Institute and the AIU, for interested writers from South America, Europe, South Asia, and Manchester, sometimes offspring or partners of those who’d moved from other regions. Veronica Barnsley (University of Sheffield) and AIU’s own poet Angela Smith joined me. To stimulate the writing session, we drew on writers from Bharati Mukherjee to Langston Hughes to Ali Smith, and the anthology, Wretched Strangers (edited by Ágnes Lehóczky and J T Welsch, Boiler House Press, 2018). Dr Safina Islam—the AIU’s new director—welcomed our group, launching the event.

The enthusiasm that night filled us all; our writer-participants urged us for more! It fuelled me too. That weekend, I wrote a story knocking around in my head, embellishing on an incident in Corsica from my own childhood. And there are more I’m developing still, inspired by the narratives I’ve read here: stories of migration and change, fear and courage in the face of (so often) such terrible odds.

‘You can’t go back’, writes Roberto Bolaño in Antwerp. No, we can’t. But we can write about ‘back there’, and we can write too about what it feels like—and means—to have come ‘here’.

The JRRI offers short-term residencies for researchers working within the creative arts who would like to make use of the University of Manchester’s Special Collections. Keep an eye on our funding pages for current opportunities.