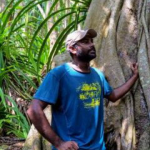 Abdulla Adam has a Bachelor of Arts with Majors in Sociology, Environmental Studies and International Relations from the Australian National University.

Adam has worked previously for Ministry of Tourism in the Tourism Adaptation Project and is currently employed with Mangroves for the Future Regional Programme as the National Coordinator for the Maldives. 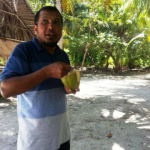 Ahmed is a doctorate candidate in his final year at the University of Auckland. His research focuses on the development of tourism policy in the Maldives and its impact on the political economy, environment and local communities.

He has served in various policy and technical positions from 1997 to 2011. He holds a Masters Degree in Development Economics and Policy from The University of Manchester and International Business Economics from the University of Westminster, UK. 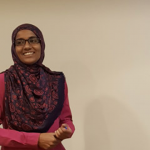 She was until recently a secondary school teacher in Chemistry. She has also worked as an environmental consultant in the Maldives and was previously based at the National Disaster Management Centre where she worked on climate change adaptation and disaster risk reduction. 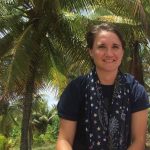 Annah is a human geographer working on topics related to environmental change, (im)mobility, and adaptation. She completed her PhD at the University of Queensland in 2020, and currently holds a Research Fellow position at the School of Geography, the University of Melbourne, Australia.

Her current research is focused on the retreat and relocation of low-lying communities in the Asia-Pacific Region. 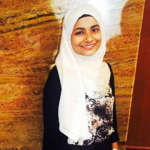 Her main interest lies in environmental and gender economics. Her Master’s thesis is focused on finding the variation in gender vulnerability to climate change and adaptation. 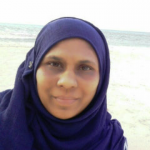 Mizna’s main research interests concern the environment, particularly human-nature interactions. Mizna has a PhD in Environmental Science from the University of Canterbury, New Zealand, and a Bachelor of Science in Oceanography and Meteorology from the Flinders University of South Australia.

While her Master’s research focused on the economic value of coral reefs, her doctoral research constituted a broader examination of the economic, social, ecological and cultural ways in which people attach values to reefs.

Watch Mizna talk about her interest in the project.