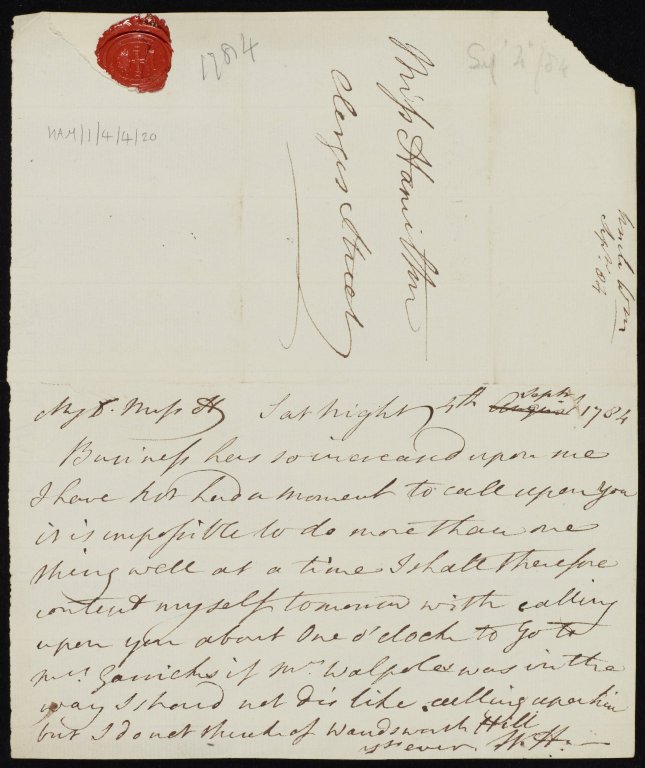 Kate Gibson is a postdoctoral research assistant on the AHRC-funded project ‘Faith in the Town: lay religion, urbanisation and industrialisation in England, 1740-1830’. In summer 2017, Kate undertook a three month Early Career Fellowship at the John Rylands Research Institute. Here she talks about her experiences at the JRRI and how her fellowship helped her to build upon her doctoral thesis.

I started as an Early Career Fellow at the John Rylands Research Institute in April 2018 to work on my postdoctoral project, ‘Grief and the Family in Britain, 1750-1830’. The project’s aim is to explore how ordinary people experienced bereavement. This includes examining the language and behaviours people used to express their grief, as well as the cultural prescriptions surrounding it. I hope to find out whether the experience of grief was influenced by class, gender or religious background, as well as the relationship between the bereaved and the deceased.

The idea for this project grew out of my PhD research, which examined the experience of individuals who were born illegitimate in eighteenth-century England. Illegitimacy was legally and socially stigmatised in this period, but historians did not have a clear sense of how illegitimate individuals were integrated into families. I found that many of the parents and family members of illegitimate children expressed great grief at their deaths, but that they were often unsure or unable to show this emotion publicly because illegitimate relationships were not recognised. This got me thinking about grief worked in other types of relationships. How did servants express grief at the death of employers, for example? How did step- and half- relationships differ? To answer these questions I am looking at a wide range of sources, from family correspondence collections, to medical records and autobiographies.

One of the highlights of the John Rylands Library is the sheer diversity and breadth of its collections. On any given day I could be looking at the correspondence of an elite courtier, Mary Hamilton (1756-1816), followed by a printed manual on coping with grief, or the case books of the doctors of the Manchester Medical Society treating patients for melancholia.

The Mary Hamilton correspondence is an amazing resource for scholars of eighteenth-century Britain, comprising over 2,5000 letters. Although the size of the collection is daunting, the richness of the letters, Mary’s engaging personality and the legibility of her handwriting made my task much easier. Mary acted as a confidante to many of her friends during bereavement, and one of the most striking things I found in the correspondence was her insistence on talking to her friends about grief at length, either in person through visiting or at a distance through letters. The late eighteenth-century death rate was high and it was sobering to read mothers’ letters describing the deaths of their children, or of wives about their husbands. I am now convinced that correspondence collections will be the backbone of this project, allowing me to track the fortunes of families and friendships over lifetimes, and do justice to their experience of a very human and often intense experience of pain and recovery.

The second major group of sources I examined were the medical manuscripts of the Manchester Medical Society. The society was one of the first in Britain, and includes a collection of published medical texts, lecture notes and casebooks from physicians and surgeons practising in eighteenth-century Manchester. My aim was to find evidence of bereavement cited as a contributing factor to mental or physical illness, particularly within the relatively common medical diagnosis of melancholia. One highlight of the collection is the clinical reports, in which physicians William Cullen, John Gregory and Francis Home recorded the symptoms and treatments of patients admitted to their care in sometimes excruciating detail. The case notes contain a wealth of incidental information about ordinary men and women, their working lives and physical health, as well as insight into medical thinking at the time.

I am very grateful to the John Rylands Research Institute for awarding me a fellowship that gave me the time and space to examine these collections in person. In the 3 months of my fellowship I only scratched the surface, so I will definitely be back! A highlight of the fellowship for me was also the opportunity to meet other researchers from across the University of Manchester, to share tips and ideas and to hopefully sow the seeds of future collaborations.