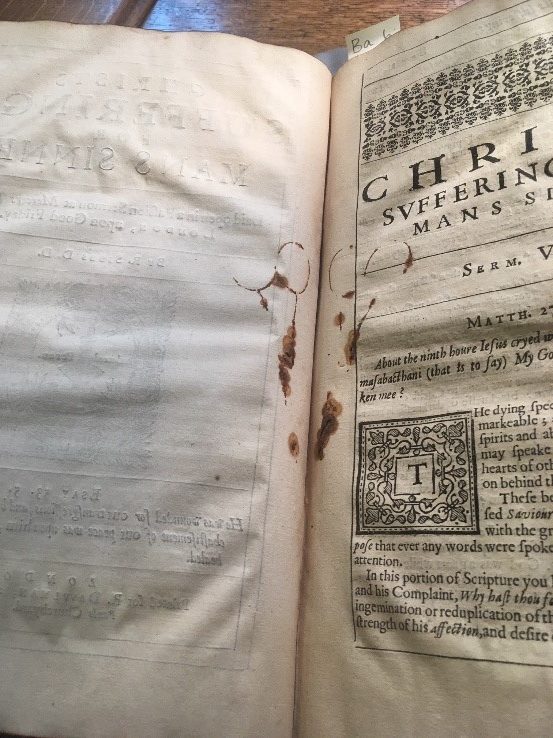 Last summer, I was granted an Early Career Research Fellowship at the John Rylands Library and spent two months working with the library holdings of annotated and manuscript early modern sermons. I’ve worked on seventeenth century sermons since writing my master’s dissertation on John Donne’s prose and music and becoming oddly obsessed with early modern bells. My doctoral thesis, completed at the University of Sheffield in 2019, examined early modern religious literature and the materiality of time in psalm translations, devotional verse, and sermons. I am currently a Post-Doctoral Fellow at the Institute for Advanced Studies in Humanities, University of Edinburgh, where I am working on 17th century women’s meditations. (https://www.iash.ed.ac.uk/profile/dr-catherine-evans) I also work as a research assistant on the Gateway to Early Modern Manuscript Sermons project, a group sourced bibliographical database aiming to log all the manuscript sermons in the British Isles and North America. (https://gemms.itercommunity.org/)

I have often been struck by the sheer volume of sermons that lay people would have been exposed to in the early modern period. Many of the sermon notebooks I have looked have had copious notes from three sermons a week, which may have lasted up to 2 hours each. Alan Farmer and Zachary Lesser’s work on the Elizabethan book trade demonstrates that religion held a 40.2 % share of the book market between 1559 and 1602, with sermons making up a large part of this. When parishioners in urban centres could already hear so many sermons on a weekly basis, why were they buying yet more?

I’ve been trying to think through how the printed text of the sermon operated: transforming a one-off performance delivered by its own author into a form that could then be read aloud again by anyone. Jennifer Richards’s recent monograph Voices and Books in the English Renaissance (2019) has offered a challenge for scholars of literature and book history alike, asking us to take seriously the fact that all books in the sixteenth and seventeenth century were “talking books”, read aloud as a matter of course. As Richards writes, “what is a printed text, after all, but a representation of voices that can be listened to by auditors, and enlivened by the voices of readers?” (p. 186)

The reading aloud of sermons is particularly pertinent due to the intensity of debate surrounding the role of the senses in devotion: namely whether hearing or sight was the best way to lead believers to God. Edward Willan meditates on this distinction in his Six Sermons (1651):

‘This Sermon, which ere while, (such as it is) was publickly presented to your ears, is now (such as it was) represented privately unto your eyes. And surely these are the Organs of a Doctrinall Sense as well as those… Many things delivered viva voce, and passing by the Eares but once, may passe for tolerable, yea and may be deemed acceptable: But if once they be turned into Dead Letters, and laid forth in Sheetes, their life if gone, and it were well for them, if they might be buryed… [When printed] they lie open to more exceptions under a sense more curious, and more criticall than that of Hearing, having an advantage to view, and review its object as often as it pleaseth, and as long at once’. (sig E4)

Whilst spoken words fly past, and can thus pass as acceptable, printed words can be placed under more scrutiny. This is at once a danger and an opportunity, as whilst any shortcomings in the original text becomes painfully obvious the reader is able to return to them at will, availing themselves of their ‘curiosity’. 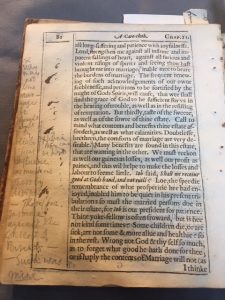 I was curious to see if I could discover how readers approached sermons in the early modern period: were they making the most of the option to “view and review” the sermon, poring over the precise details, or were they reading them aloud, reinvigorating the “dead letters” and shaking them out of their winding sheets? One way of uncovering book use is through examining annotations and marks in books and so I plunged into the Rylands rare book collection seeking whatever scrappy notes I could find. Whilst I was able to find some marked up copies via the catalogue, I also had to just call up sermons by the armload, leaf through them and often send them back down.

While there were many copies that seemed absolutely pristine, there were dozens that held intriguing marks. One of my favourites was William Whately’s The Care-Cloth; or, A treatise of the cumbers and trouble of marriage, intended to advise them that may, to shun it (London: 1624). It was filled with notes by one “S. Wesley” who seemed to find his marriage a struggle. Besides the address to God that ‘seeing thou hast brought me into marriage, enable mee to beare the burdens of marriage’, Wesley noted in the margin ‘Why may not some marriage be brought about Diabolical Influence as much as them by divine? – Those (for instance) against the consent of parents – such was mine’. Another caustic note, next to a description of ‘the comforts of marriage’, reads ‘when they can be had’. Wesley was reading this book in June 1776, turning to a book over 150 years old to find guidance to deal with his terrible relationship.

Despite my wish to find evidence of oral reading, I quickly realised that annotations were unlikely to prove anything about who read the books aloud. Indeed, perhaps the absence of marks within a book might demonstrate that it had been read aloud as the book is simply held in the hands and consulted, rather than studied with pen in hand. A copy of Richard Sibbes A Fountain Seale… the true substance of sermons preached at Grayes Inne (London, 1637), inscribed “Anne Haldly her book”, is patterned throughout with rust markings in a series of circles. As I flicked through the pages of the book, these markings gradually became clearer: the rusted outline of a pair of embroidery scissors. These have been placed in the book at the beginning of Sermon VII, “Christs suffering for Mans Sinne”, perhaps marking the place as one woman read aloud to others in a sewing room. Throughout the volume there are marks drawing attention to particular passages, most of which seem to offer the reader support during times of trouble. These tantalising traces of use do point towards sociable reading practices, and allowed me to think about what might it mean for a group of women to perform a text from the male enclave of Gray’s Inn, one of the Inns of Court in the centre of London. 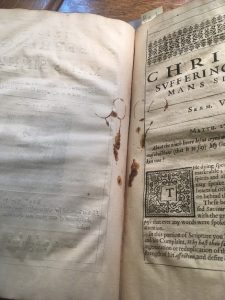 Figure 2 Richard Sibbes, A Fountain Sealed: or the duty of the sealed to the Spirit, and the work of the Spirit in sealing. Wherein Many things are handled about the Holy Spirit, and grieving of it… Being the true substance of sermons preached at Grayes Inn (London, 1637). John Rylands, WCB IC BA6 17.

After my time at the John Rylands, I spent the autumn at the UCLA-Clark Library and Huntington Library looking at their holdings of annotated sermons. The nature of this work on annotations means that it will probably be ongoing for several years, as I try to piece together an extensive database of marks and annotations. Whilst I am currently, like so many others, frustratingly unable to access the archives that hold this piecemeal evidence, it is reassuring to think that the voices of these books and those that read them are still there, waiting to be heard.

Paper Heads and Forceps: Modelling Midwifery Practice in the Early Nineteenth Century
‘thou shalt slepe well': Provoking Sleep in the First English Printed Herbal
Ancient Letter Collections Project (and how you can help!)