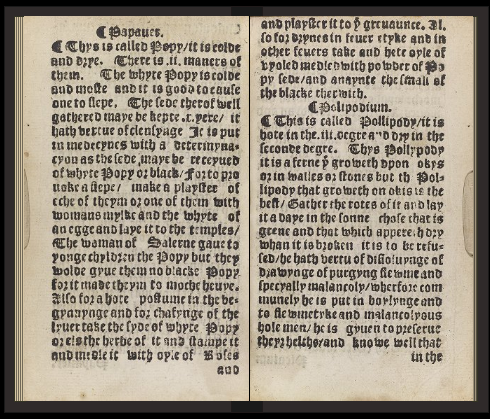 Dr Stephen Gordon is currently a Teaching Fellow at Royal Holloway, University of London. He has researched widely on the relationship between medical and supernatural beliefs in the pre-modern world. Stephen’s blog post details part of his preliminary research for Professor Sasha Handley’s forthcoming Wellcome Trust funded Project ‘Sleeping well in the early modern world: an environmental approach to the history of sleep care”, which was funded by the John Rylands Research Institute’s pilot grant scheme.

Maintaining the internal balance of the four bodily humours (blood, phlegm, yellow bile, black bile) was one of the core tenets of premodern medical practice.  Sleep and waking represented one of the ‘six non-naturals’ – non-innate factors – that further affected one’s physical wellbeing. Alongside the inhalation and exhalation of air, eating and drinking, motion and rest, excretions, and the passions of the mind, sleep regimens had to be carefully managed lest the body become ‘imbalanced’ and succumb to ill-health.

The tradition of categorising plants to showcase their medical virtues has an ancient provenance. Theophrastus’s Historia Plantarum (c.300BC) and Dioscorides’s de Material Medica (c.60AD) represent two of the earliest extant works to explore the positive and negative properties of herbs.  Texts such as these were read and copied throughout Western Europe, influencing the form and content of herbals well into the medieval and early modern periods (fig.1). Plants could influence the humoural balance of the body in a number of ways.  Each humour was seen to possess different qualities: hotness and wetness (blood); coldness and wetness (phlegm); hotness and dryness (yellow bile); and coldness and dryness (‘black bile). Substances that had particularly ‘cold’ qualities tipped the humoural balance and were believed to provoke drowsiness and sleep; ‘hot’ substances, by contrast, made the body more active and alert. Herbals, then, can provide us with a wealth of information on the types of soporific treatments used in premodern medicine. 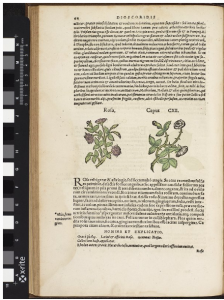 In September 2019 I began conducting preliminary research for Professor Sasha Handley’s forthcoming Wellcome Trust funded Project ‘Sleeping well in the early modern world: an environmental approach to the history of sleep care” (Grant No: 219834/Z/19/Z). I analysed the John Rylands Library’s fascinating collection of early modern printed herbals.  For this blog post I focus on a text that represents the earliest herbal printed in England.  The various editions of the so-called Bankes Herball (1525) not only straddle the vague and nebulous dividing line between the medieval and early modern worlds, but also the equally blurred distinctions between ‘folk’ and ‘learned’ medicine. 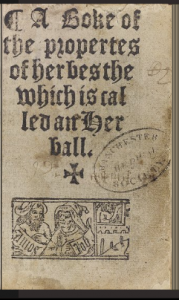 First printed by the Londoner Richard Bankes on March 25, 1525, the Herball was published in over twenty editions under a variety of titles throughout the sixteenth century. The edition archived in the John Ryland’s Library – A Boke of the Propertes of Herbes, which is called an Herball – was printed by John Waley in 1548 and represents one of the rarest extant versions of the text (figs 2 and 3). The provenance of the Bankes Herball tradition is obscure. It appears to have been compiled from two distinct manuscript sources. The first (roughly sections A-M) provides practical, sometimes folkloric information on the herbs’ virtues and uses, while the second (roughly M-W) elaborates upon the substances’ humoral makeup and gives more detailed analyses of how the medicines were prepared. Indirect influences seem also to derive from De viribus herbarum (c.1050), a didactic poem composed by the physician Odo of Meung under the pseudonym ‘Macer Floridus’. Indeed, certain editions of the Bankes Herball even circulated under the Macer name. Ultimately, however, the origins of the Bankes Herball tradition remain an unsolved historical puzzle.

The Rylands’s Boke of the Propertes of Herbes contains around 200 alphabetically-arranged chapters, varying in length from a few lines to a few pages. In some entries, the distinction between the maintenance of physical and metaphysical health is altogether blurred. The description for Mugwort (Arthamesia) includes the curious statement that “if it be [placed] within a howse there shall no wycked spyryte abyde” (fig.4). By contrast, the medical virtues of Leek (porrum) are included almost as an afterthought, with the majority of the chapter given over to farming techniques. 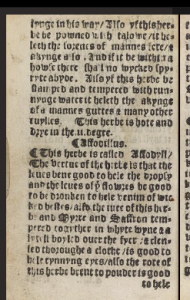 But what of sleep? In truth, the book says little about the soporific qualities of herbs. Much more emphasis is placed on the curing of chronic and acute ailments and, in the case of mugwort, thwarting evil spirits.  Despite this, the virtues listed for Lettuce, Poppy, and Violet suggest that sleep management was indeed a cause for concern, especially during time of illness.

The soporific use of lettuce (Lactuca) was especially recommended by the roman physician Galen, who suffered from sleeplessness in youth and old age. Writing in On Foods and Diets (c.200CE), he notes that ‘lettuce taken in the evening was the only remedy for my insomnia.’ The entry for lettuce in the Rylands text shows that its soporific effects could be activated in ways other than ingestion.

“This herbe is called lettyce or slepewort’ […].If a man may not slepe, take the sede of this herbe and stampe it to a powder and temper it with a womans mylke, and make a plaister thereof on lynt and lay it to the temples of thy heed, and thou shalt slepe well. Also drynke the powder therof with mylke […] this herbe is cold and sunwhat moyste’ (fig.5) 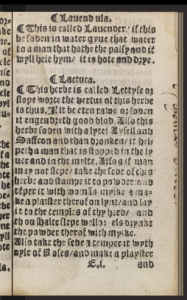 The innate coldness of violet (vyolet) meant it could also be used to cure insomnia. As noted in the Rylands text, bathing a patient’s feet in violet-water and affixing the plant to his or her temples mitigated the heat-induced wakefulness caused by fever, ensuring a healthful, balanced rest:

And for thee that may not slepe for sykenes, sethe this herbe in water and an eve let hym soke well his fete in the water to the ancles, when he goeth to bed bynde of this herbe to his temples and he shall slepe well bi the grace of God” (fig. 6). 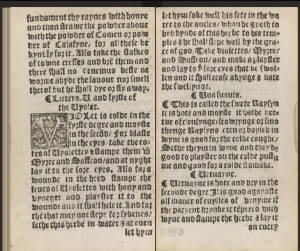 The association of the poppy (papaver) with sleep is also an entrenched part of the premodern medical tradition. Nearly every herbal from Dioscorides’ de Material Medica onwards includes at least some reference to its soporific virtues. The Rylands text is no exception. Here, the compiler notes that poppy seeds can be taken in medicine-form or used as part of an unguent:

The whyte Popy is colde and moiste and is good to cause one to slepe. The sede therof well gathered maye be kepte x.yere. It hath vertue of clensyng. It is put in medicynes with a determynacyon as the sede maye be recyved of whyte popy or black. For to provoke a slepe, make a plaister of eche therynn or one of them with womans mylke and the whyte of an egge and laye it to the temples’ (fig. 7) 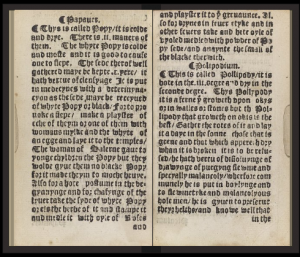 Unlike such later compendia as John Gerard’s 1484-page Herball, or Generall Historie of Plantes (1597), the Boke of the Propertes of Herbes is an altogether more workaday text. Rather than operating as a universal repository of plant knowledge, the herbal replicates the adhoc, contingent nature of its manuscript source(s). It is an archetypical synthesis of quasi-superstitious remedy and classical learning, with a digression on leek farming thrown in for good measure. The decision not to include too many references to sleep may even have been an editorial choice on the part of the original compiler. Rather than filling the text with rote descriptions from Dioscorides, Pliny, or even Macer Floridus, it is feasible that only the most accessible and experientially ‘successful’ treatments were recorded. A lack of remedies may, ironically, support its status as a working document. However we read it, the Boke of the Propertes of Herbes provides a fascinating insight into the nature of English ‘sleep science’ at the turn of the sixteenth century.

To view A Boke of the Propertes of Herbes online through the Rylands digital collections, click here