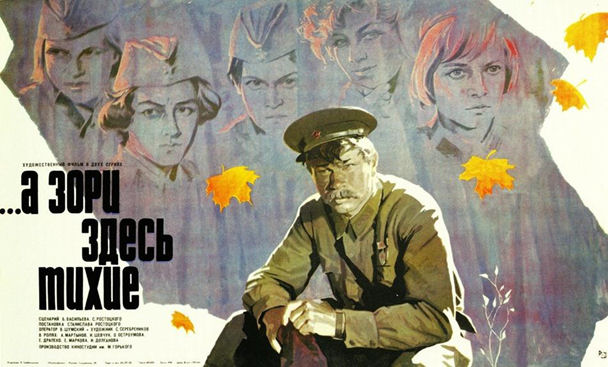 On the 7 May, we will be watching The Dawns Here Are Quiet (A zori zdes tikhie), a 1972 Soviet war drama directed by Stanislav Rostotskiy, with English subtitles. It is based on Boris Vasilyev’s novel of the same name. This anti-war film follows a garrison of Soviet female soldiers in 1942. It was nominated for an Oscar in the Best Foreign Language Film category.

“During WWII in a small village outpost, a commander has his troops replaced by an all-female unit. As they finally begin to appreciate one another, German paratroopers are spotted nearby and the realities of war emerge.” (imdb.com)